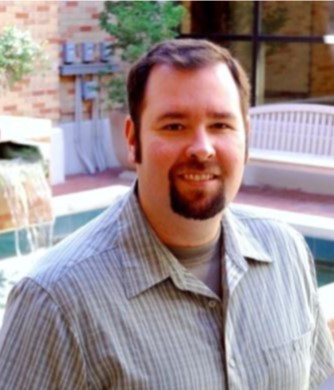 Dr. Becker’s primary training is in medieval European history, with a specific focus on the Mediterranean world, while his research revolves around cultural interaction, exchange, and colonization in the eastern Mediterranean. He has articles published in The Ottomans and Europe: Travel, Encounter and Interaction from the Early Classical Period until the End of the 18th Century, ed. Seyfi Kenan (Istanbul: ISAM Yayınları, 2010); Encyclopedia of the Medieval Chronicle, ed. R.G. Dunphy (Leiden and Boston: Brill, 2010); Texts in Transit, eds. Tzvi Langermann & Robert Morrison (Pennsylvania State University Press, forthcoming); The Sea in World History: Exploration, Travel, and Trade, ed. Stephen Stein (ABC-CLIO, forthcoming); and Daily Life through History (ABC-CLIO, 2019). He has published book reviews in Comitatus, The Medieval Review, and the scholarly book review websites H-HRE (Holy Roman Empire), H-Maritime, and H-Italy. He has assisted colleagues in translation of their own work from Italian for the purpose of publication in English. He has also published Latin-to-English translations of 17th-century Consilia (or medical opinions) as part of the Collaborative Translation Project, Consilia of Paolo Zacchia (Based on Paolo Zacchia, Quaestionum medico-legalium, tome 3 [Nuremberg: 1725]).

He has presented his research at over 30 conferences on three continents, including nationally at annual meetings of the American Historical Association, Medieval Academy of America, Renaissance Society of America, International Congress on Medieval Studies, Sewanee Medieval Colloquium, Mid-America Medieval Association, and internationally at conferences in Turkey, Portugal, Sardinia, and Sweden. He has also been an invited presenter at an “Interdisciplinary Workshop on Boundary Crossing & Cultural Exchange,” hosted by the Rackham Graduate School of the University of Michigan-Ann Arbor. He is currently completing several articles and a monograph on Life and Local Administration on Genoese Chios, and his current and future projects include the foreign perception and self-image of Genoa and the Genoese in the Middle Ages, medieval Genoa’s relationship with piracy, the role of translators and interpreters in the Italian colonies of the medieval eastern Mediterranean, as well as book-length projects on both slavery and piracy throughout world history.

Dr. Becker has received recognition for his teaching and research on numerous occasions, both as a graduate student at Western Michigan University and as a tenure-track professor at Delta State University. At WMU, the Department of History awarded him a summer research grant on five occasions and elected him Graduate Student Coordinator during the 2004-2005 academic year. He gained membership in the Phi Kappa Phi Honor Society for academic excellence in graduate school, and the Department of Foreign Languages awarded him the Mathilde Steckelberg Scholarship for Excellence in Latin. Beyond this, in 2005, he received an external fellowship from the J. William Fulbright Foreign Scholarship Board to conduct yearlong research in Genoa, Italy. In 2008, he received the Department of History’s Doctoral Teaching Effectiveness Award, the All-University Graduate Teaching Effectiveness Award, as well as a Graduate College Dissertation Completion Fellowship.

At DSU, he has received research travel grants on numerous occasions from the Department of Social Sciences and History, College of Arts and Sciences, and University. Externally, the National Endowment for the Humanities selected him to participate in its summer institute entitled “Networks and Knowledge: Synthesis and Innovation in the Muslim-Christian-Jewish Medieval Mediterranean,” which took place in Barcelona, Spain, 2-27 July, 2012. In 2016, the Mississippi Humanities Council named him Humanities Teacher of the Year.