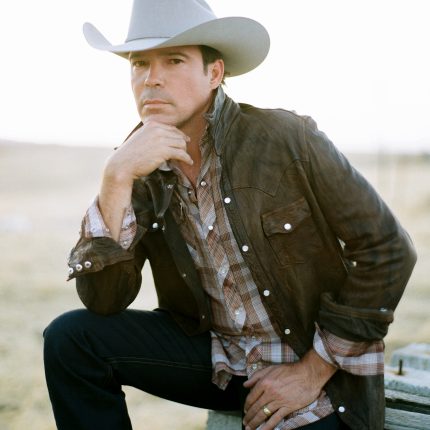 Clay Walker will perform live in concert on Thursday, June 10 at 7:30 p.m. at the Bologna Performing Arts Center (BPAC) at Delta State University. Tickets are on sale at the BPAC Ticket Office, by phone 662-846-4626, or online www.bolognapac.com.

Can Clay Walker deliver? That’s the question, and he’s not afraid of it. In fact, he’s positioned himself to answer it squarely – one way or another – this year. With new creative and business teams and a deep well of hard-earned wisdom, Walker relishes the challenge. “I’ve prepared myself for this moment in my career – mentally, physically and artistically,” he says. “I’ve never been more ready.”

In a sense, the question is absurd for a recording artist, songwriter and entertainer with four platinum albums and a dozen No. 1 hits to his credit, Walker has been embracing the evolution of the genre and working with many of country music’s top songwriters. No slouch in that department himself, the native Texan has written or co-written many of his biggest hits including “Live Until I Die,” “Rumor Has It” and “I Can’t Sleep.”

Walker, for one, is not complaining. He’s embracing … by working with many of the format’s top songwriters. “The style at radio right now is unique, but these writers really do approach it just like great writers from the past. When they get the hook, they try to point every line to that idea. That’s just great writing, and great writing never changes. Through this process I’ve found I absolutely can fit into this format. I can have a hell of a lot more hits.”

Often overlooked in Walker’s career has been the balance he’s had between writing his own material – much of it solo, including many of his biggest hits – and recording undeniable songs from outside writers. “As much as I love writing and would love to write every song, it’s not a smart move in most cases for an artist to write every song they record,” he says. “Let the music lead – get the better songs, however they come.”