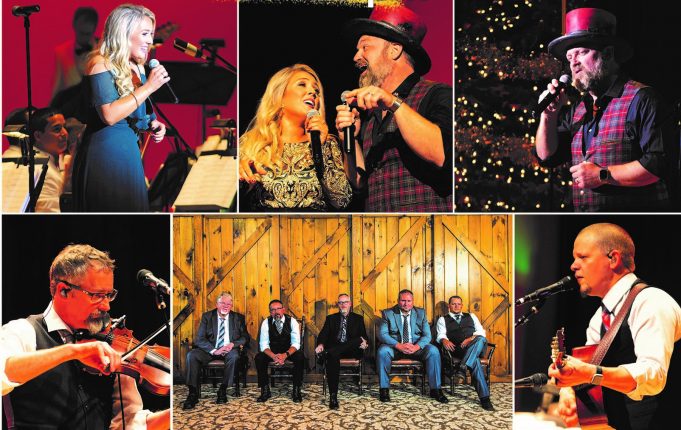 The Bologna Performing Arts Center presents Mountain Holiday with Chloë Agnew of Celtic Woman, John Driskell Hopkins of Zac Brown Band, IBMA Entertainer of the Year Balsam Range and the Atlanta Pops Orchestra on Tuesday, Dec. 7, 2021 at 7:30 p.m. Bring the whole family for a terrific beginning to the holiday season!With a rich history spanning seven decades, the Atlanta Pops Orchestra, conducted by Jason Altieri, brings the holidays to life. Chloë Agnew, John Driskell Hopkins, and Balsam Range bring their star power and storytelling to the stage in an endearing, fun, and heartfelt evening of everything holiday and more. With solo performances and collaborative songs, the program features traditional, fun-filled, and classic holiday music such as the chart-topping Rockin’ Around the Christmas Tree and a traditional bluegrass instrumental of Jingle Bells. Also, on the program are Chloë Agnew and Balsam Range’s IBMA male vocalist of the year Buddy Melton’s soaring rendition of O Holy Night. The spirited combo of Chloë Agnew and John Driskell Hopkins is sure to entertain with their rendition of Santa Baby!From the hit songs, driving instrumentals and award-winning harmonies of Balsam Range to Chloë Agnew of Celtic Woman’s Irish folk songs, and the holiday favorites and original tunes of John Driskell Hopkins of Zac Brown Band, this collaborative group, along with the Atlanta Pops Orchestra, are sure to leave you with holiday warmth and a spirit-filled heart.Don’t miss this power-packed evening of stellar musicianship and holiday spirit at Mountain Holiday on Tuesday, Dec. 7 at 7:30 p.m. at the BPAC. Tickets are now on sale at www.bolognapac.com or at the BPAC Ticket Office at 662.846.4626.