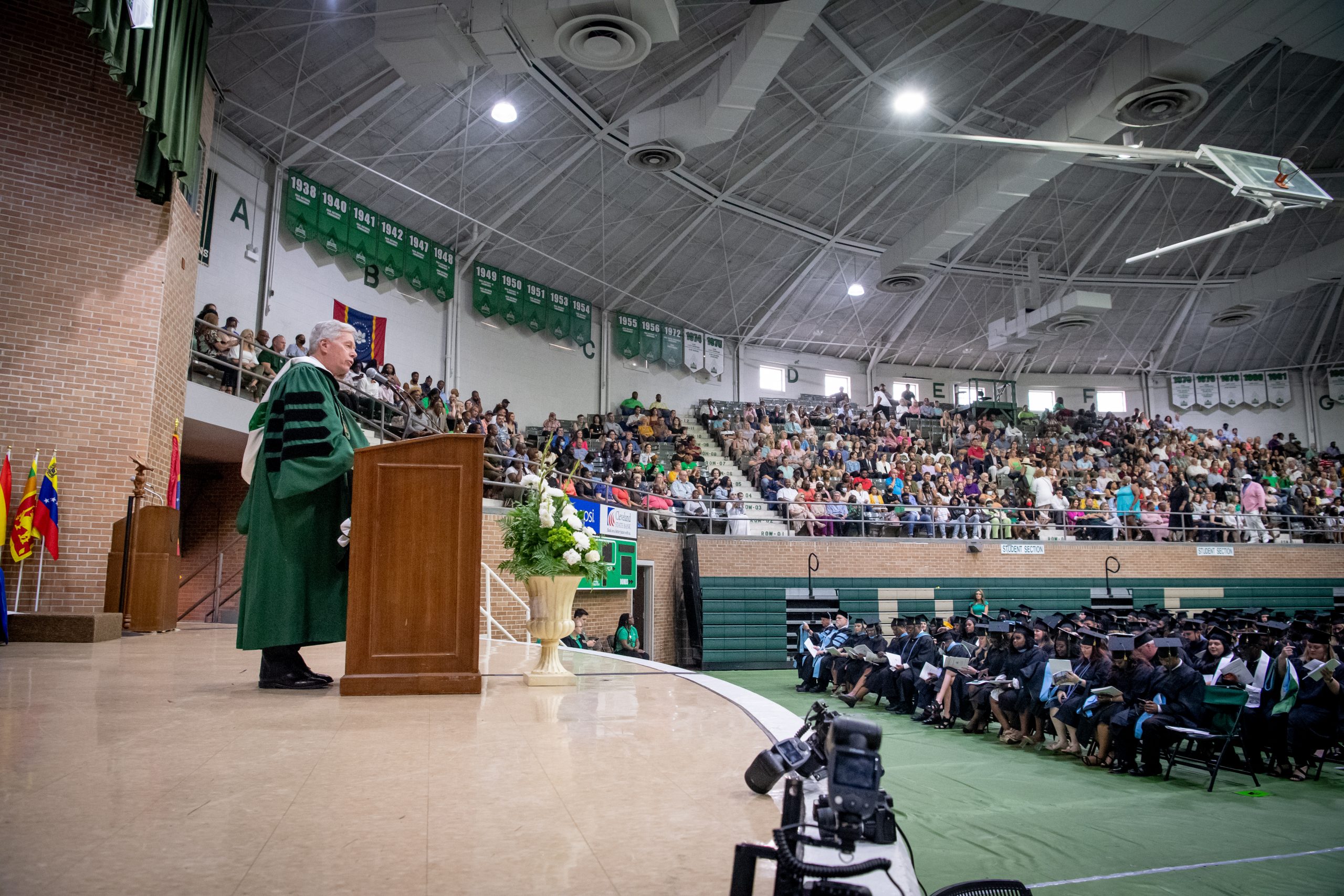 CLEVELAND, Miss.— Delta State University celebrated its 95th Commencement Exercise Friday, May 6, and it was a ceremony filled with surprises.

The more than 400 graduates and thousands of guests gathered in the Walter SIllers Coliseum for the 10 a.m. ceremony witnessed not one, but two giants of the financial industry as honorary degree recipient Walt Bettinger II, CEO of The Charles Schwab Corporation, was hooded by an unexpected guest, fellow Delta State alumnus and former CEO and Chairman of the Board for the United Parcel Service (UPS) David Abney (‘76). 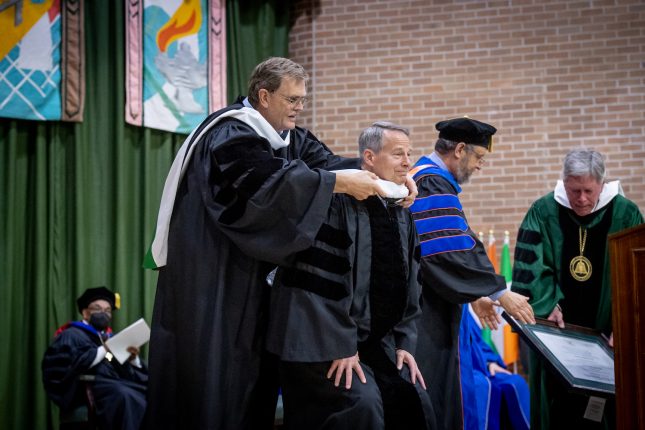 In addition, Delta State President William N. LaForge gave a surprise presentation by announcing that the forthcoming student outdoor recreation area, to be located behind Foundation Hall at Delta State, will be named in honor of graduate William Young of Flora. Young spearheaded the project as the 2021 Student Government Association President and is the first Delta State student to receive such a distinction. 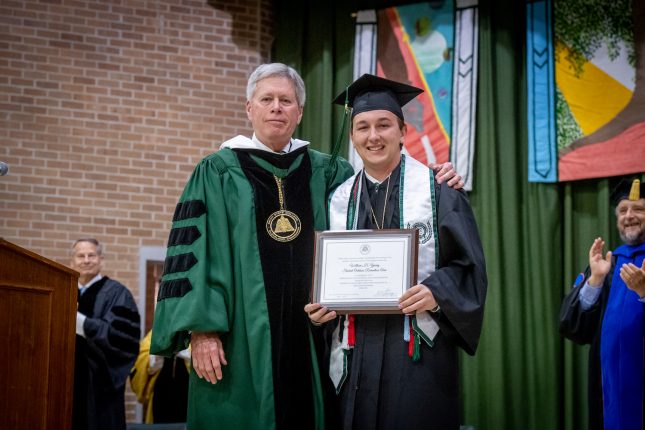 “Every day is a great day to be at Delta State, and I know that our degree candidates here today will fondly remember this occasion, on this day in particular, that we honor you—our Spring 2022 graduating class— for your hard work and your perseverance in achieving academic success that few actually accomplish,” said LaForge. “Today, graduates, you have reached a milestone, and we’re very pleased to recognize your achievements.”

LaForge then introduced Bettinger, who gave the commencement address. A native of Ada, Ohio, Bettinger attended Delta State from 1979 to 1981 on an academic and golf scholarship. He completed his Bachelor of Business Administration degree from Ohio University and has completed the General Management program at the Harvard Business School.

“We are thrilled to have him back on our campus for this commencement ceremony,” said LaForge. “Walt Bettinger is the ideal blend of a successful CEO and a servant leader. He is a leader’s leader…he exhibits professional and personal modesty while leading and serving his company, his industry, and his clients in unique and creative ways—all with integrity. He is an exemplar and an inspiration for our graduates here today.”

During his address, Bettinger shared with graduates the true meaning of leadership and success.

“For many of you, today marks not an ending, but a beginning…in many cases, the beginning of a new career,” he said. “You see, many of you will eventually become managers, administrators, coaches, managing directors, vice presidents, senior executives, presidents and even some CEOs.”

However, it isn’t the title that makes one a leader, Bettinger said.

“That title can only be earned … and it can only be awarded by the people you will serve,” he said. 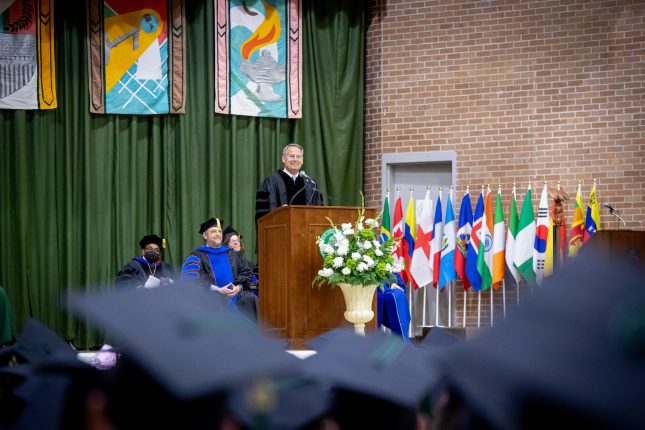 Similarly, success isn’t about what you accomplish but rather who you help along the way, shared Bettinger.

“Success isn’t your job title, how many people know who you are, how much money you have, or, of course, how good of a golfer you are,” he said, referring to his initial career plan of becoming a professional golfer.

“Rather, it begins with taking the time to get to know and to thank every person you meet in life… Success is about serving others.”

For the Spring 2022 graduates, the occasion was bittersweet.

“I’m very excited to graduate, but I’m very sad to leave this place and the special people that are here,” shared Isabella Escobedo of Grenada, who received a bachelor’s degree in History with a minor in Pre-Law. She plans to attend law school this fall.

“I had the best time at Delta State, and Delta State has set the bar really high, so my next institution has a lot to live up to.” 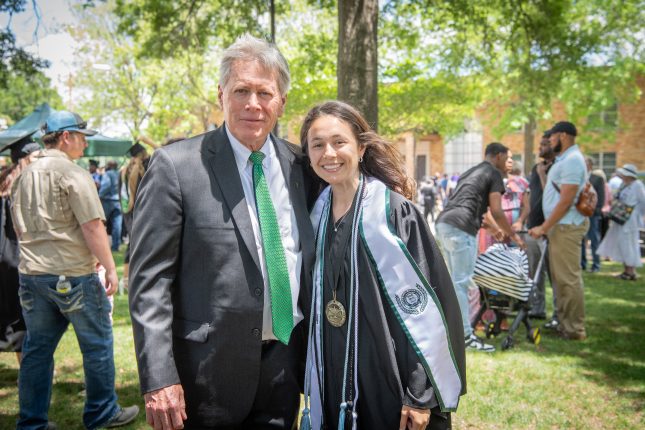 Morgan Roehm of Hernando, who received a bachelor’s degree in Biology with a concentration in Pre-Medical Science, agreed.

“I will always cherish the community here at Delta State. I love everyone that I’ve met here…the people are amazing, and I’ve met lifelong friends,” said Roehm, who is set to attend medical school this fall.

Brian Fortenberry of Clinton, Miss was one of two doctoral candidates, earning a Doctorate of Professional Studies in Educational Leadership. 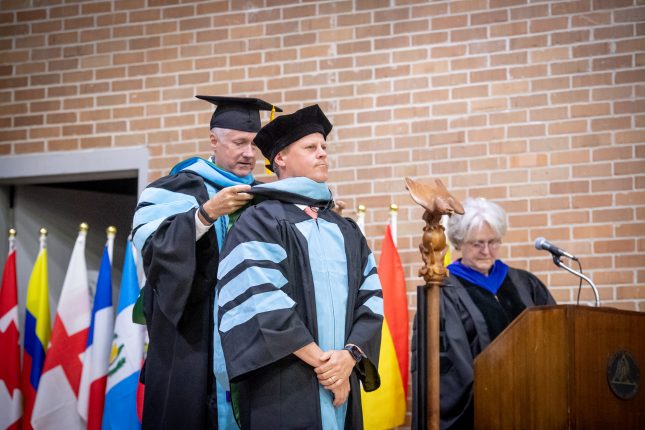 “My time at Delta State was really good. I enjoyed getting to know all the professors—everyone was very helpful going through this process. The communication was great…everyone was so supportive and encouraging and gave very good feedback during the dissertation process,” he said.

As an international student, graduate Madison Lavoie of Canada said Delta State has literally become her home away from home.

“One of the things that I love about Delta State is that it really is a family… being from another country, that’s really what I love about being here. Even though I’m far away from home this really is my second family,” said Lavoie, who earned a bachelor’s degree in Exercise Science with a double minor in Allied Health and Coaching.

Jawone Blankenship of Pensacola, Fla., who earned a bachelor’s degree in Exercise Science, also found a second family as a member of Delta State’s swim team.

“It initially took some getting used to coming from a larger city, but I learned to love it,” said Blankenship, who plans to also attend graduate school at DSU. “Being able to come here and connect with the swim team has been awesome. They’re good people and the esthetics of the team is great. These four years have passed swiftly.”

Graduate Synethia Mathews of West Point said she’s amazed at everything she has been able to accomplish during her four years at Delta State while earning a Bachelor of Business Administration with concentrations in Computer Information Systems and Marketing.

“I’ve done so much at Delta State—from academics to social life—and it feels really good to say I came here, accomplished a lot and have been able to graduate in four years. I’m truly grateful for the experience.” 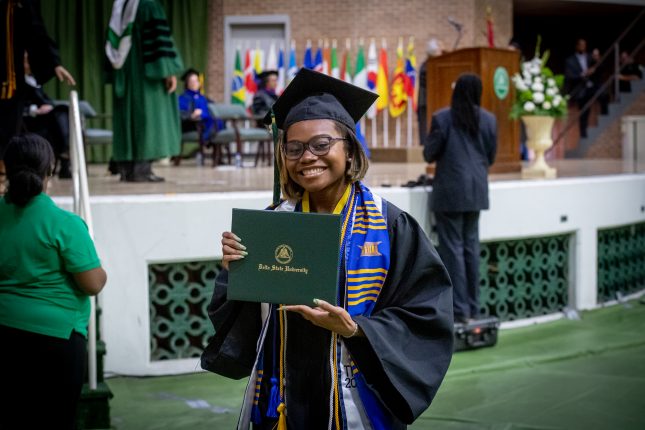 Mathews said she encourages current and future students of Delta State to take advantage of the array of opportunities available.

“‘Join In. Stand Out.’ is more than just a tagline. Delta State has many opportunities, so be sure to capitalize on them so that not only will you graduate, but you’ll graduate ready to move on to the next level and excel,” she said.