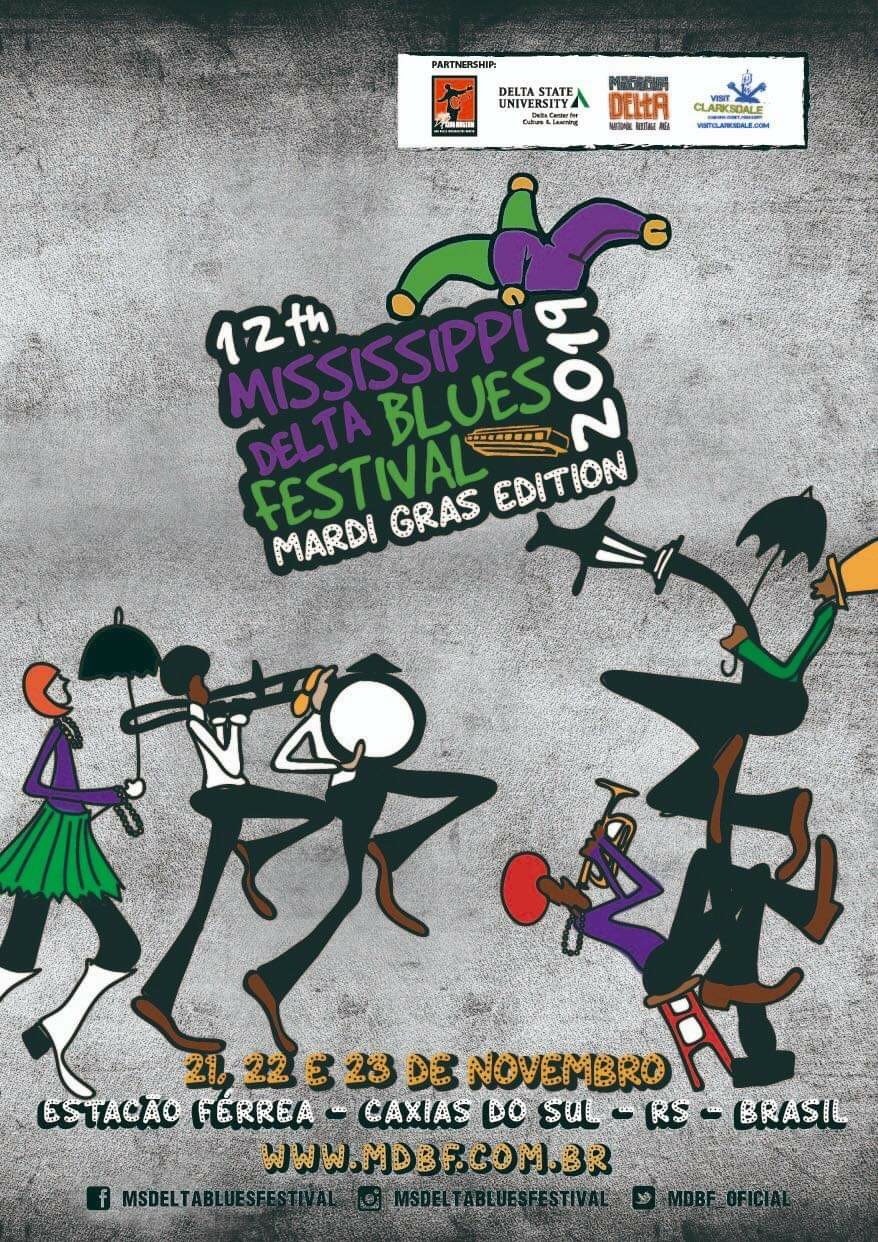 The Delta Center for Culture and Learning and International Education at Delta State University recently participated in a “Delta Delegation to Brazil.” The Delta Delegation included regional cultural heritage development partners that are members of the Mississippi Delta Tourism Association, including Visit Clarksdale, the B.B. King Museum and Delta Interpretive Center, and the Mississippi Delta National Heritage Area.

“Delta State continues to engage a variety of international partners” said Dr. Charles McAdams, provost and vice president of academic affairs at Delta State. “The recent trip to Brazil is another example of our efforts to increase our international enrollment and to provide opportunities for our students, faculty, and staff to expand their cultural understanding. Our connection as the ‘Birthplace of America’s Music’ gives us an excellent opportunity to attract international students and visitors.”

According to the 2019 Open Doors Report on International Educational Exchange released by the Institute of International Education and the U.S. Department of State’s Bureau of Educational and Cultural Affairs, Brazil is the 9th leading country worldwide sending students to the U.S., increasing by 9.8 percent between the school years ending in 2018 to 2019. This is the second largest percentage increase in international students from any country worldwide during that time period.

Brazil also has been identified as an emerging tourism market by Travel South USA, which connects Southern destinations with tour operators and journalists from around the world who influence more visitor spending in 12 Southern states. Mississippi is a member of Travel South USA.

The Delta delegation traveled to southeastern Brazil to develop educational and cultural partnerships with the University of Caxias do Sul (UCS) and the Mississippi Delta Blues Festival Brazil (MDBF). 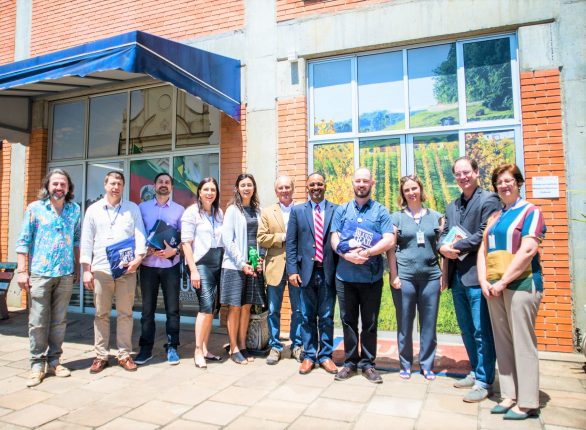 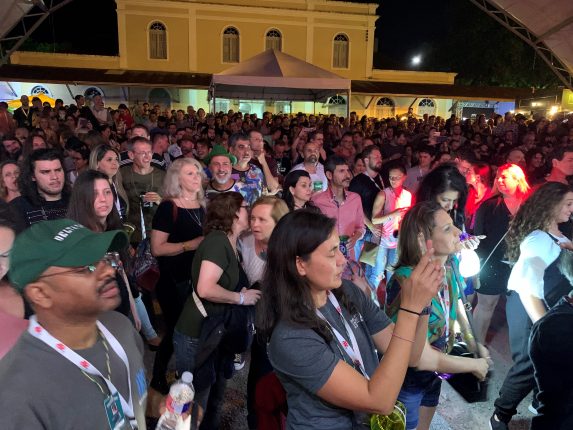 “Both the Open Doors Report and Travel South USA suggest promising educational and cultural partnership exchanges that can benefit the Mississippi Delta’s tourism economy, as well as create opportunities for innovative teaching and experiential learning opportunities for faculty and students, ” said Dr. Rolando Herts, director of The Delta Center and executive director of the Mississippi Delta National Heritage Area.

UCS is among the largest universities in the Brazilian state of Rio Grande do Sul, with an enrollment of more than 35,000 students. In 2017 and 2018, UCS was listed by Folha de Sao Paulo daily newspaper as the sixth best private university in the country.

The delegation’s Brazil experience was sponsored and organized by Fabi Sartori, coordinator of UCS International, and Toyo Bagoso, lead organizer of MDBF.

“We truly appreciate Toyo, Fabi, and everyone at the university and the festival for rolling out the blues carpet for our Delta Delegation,” said Malika Polk-Lee, executive director of the B.B. King Museum and Delta Interpretive Center. “This was a great learning experience for all of our partners, showing that the Mississippi Delta has global significance.”

“The experience at UCS was eye-opening for our team,” said Michelle Johansen, international education coordinator at Delta State. “Partnering with UCS will open new doors to academic and cultural collaborations for Delta State and UCS faculty, staff, and students.” 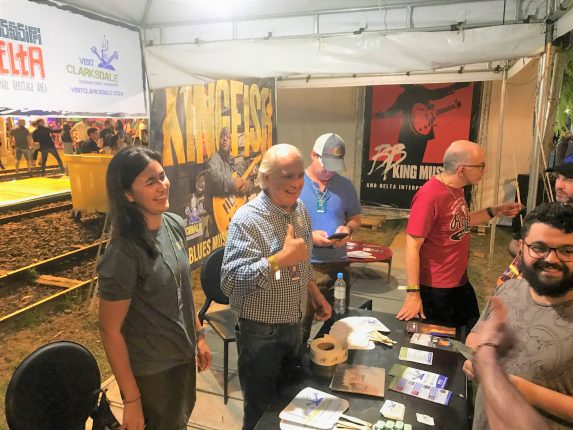 The Delta delegation at the MDBF tent includes Johansen (left).

“This was a powerful way to engage with Brazilians who not only love the Mississippi Delta through blues music, but who also want to visit and experience our home,” said Bubba O’Keefe, executive director of Visit Clarksdale and Mississippi Delta National Heritage Area board member. “We greatly appreciate Toyo and his team for providing a booth space for us to educate festival guests about the Mississippi Delta.” 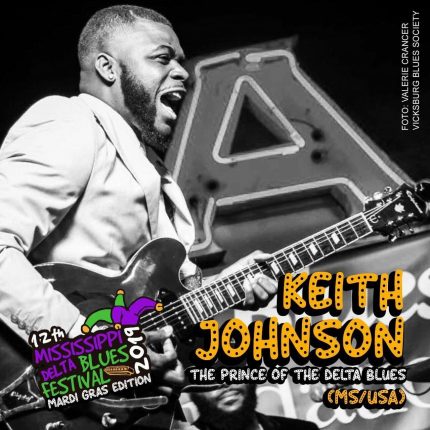 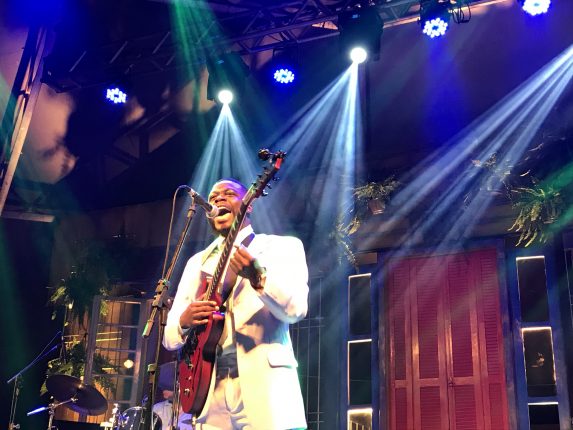 “Keith Johnson, known as the Prince of the Delta Blues, played a different show, showing how the blues is renewing itself,” said festival organizer Bagoso. “He has not only kinship as the great nephew of Muddy Waters, but also the talent of those who live in the Delta.”

When asked about plans for the 2020 festival, Bagoso revealed to Brazilian newspaper Pioneiro: “Next year, we anticipate that we will make an even greater exchange with Delta delegation that came to Brazil as a way to encourage tourism. The theme of the next festival should be focused on the history of the Delta with Clarksdale as the main city for the blues.”

This is the 12th year that MDBF has been offered in Caxias do Sul, Brazil. It is considered to be the largest and longest-running blues festival in South America.  In May 2019, another version of MDBF was launched in Rio de Janeiro for the first time. Both festivals are connected to Bagoso’s Mississippi Delta Blues Bar businesses, one in Caxias, the other in Rio.