Delta State to celebrate Commencement May 5 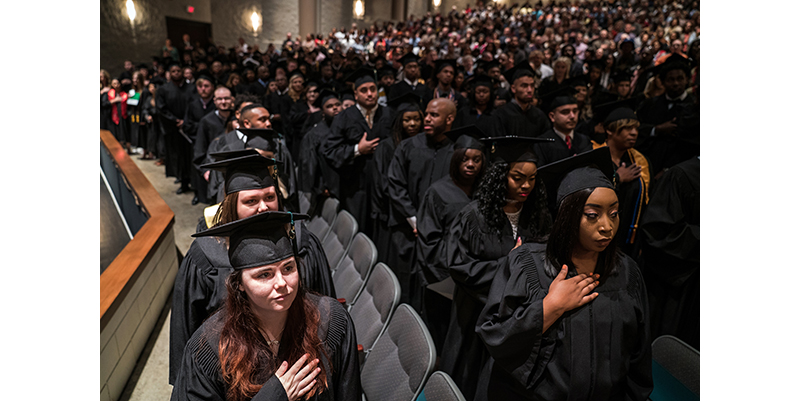 Delta State University will celebrate 2018 Spring Commencement Ceremonies at 10 a.m. and 2 p.m. May 5 inside the Bologna Performing Arts Center.

The institution, friends and family will unite to recognize the accomplishments of 493 graduates.

The 2 p.m. ceremony will recognize graduates receiving undergraduate degrees from the College of Arts and Sciences and the College of Education and Human Sciences.

At the 10 a.m. ceremony, Delta State will also continue its tradition of recognizing greatness by conferring an honorary doctoral degree to legendary Delta-influenced soul and gospel singer, and civil rights activist, Mavis Staples.

Delta State confers the honorary degree to individuals who have made significant and meritorious contributions to the university, higher education generally, or other areas of society. Achievements can include, but are not limited to, outstanding creative and scholarly work, distinguished leadership or service, significant accomplishments or exceptional philanthropic support.

Keynoting both ceremonies is Dr. Glen Jones, president of Henderson State University in Arkadelphia, Arkansas. Jones also serves as the committee chair of the NCAA Division II Presidents Council. When Jones was introduced as Henderson State’s president in March 2012, he became the first African-American to serve as president or chancellor of a non-Historically Black Colleges and Universities institution in the history of Arkansas higher education.

Delta State President William N. LaForge will provide introductions at the ceremony, while presentations of candidates and degrees will be led by Provost and Vice President for Academic Affairs, Dr. Charles McAdams.

Follow all news at Delta State University at https://www.deltastate.edu.