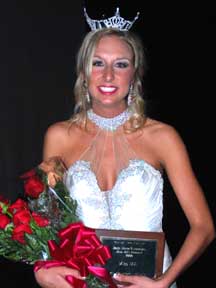 Following an afternoon and night of competition, a panel of judges voted to crown Lacey Mixon as the next Miss Delta State University. A Brandon native, Mixon, 20, is a nursing major at Delta State. For her talent, she performed a Spanish piano medley of “El Toro” and “Malaguena.” In addition to the crown, Mixon also was awarded the Career Services Interview Award. As Miss Delta State University, she will compete in the Miss Mississippi Pageant in July. She is the daughter of Sherry Mixon and Stan Mixon, both of Brandon.