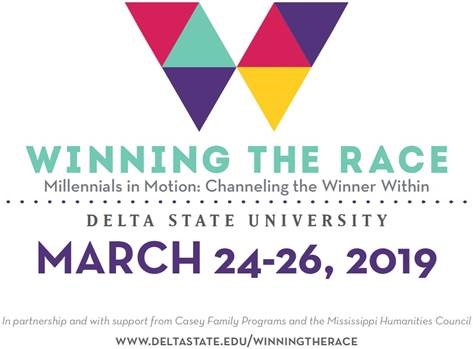 Delta State University’s award-winning race relations conference, Winning the Race, returns to campus for a sixth year, March 24-26, 2019. Our 2019 conference, “Millennials in Motion: Channeling the Winner Within,” is presented in partnership and with support from Casey Family Programs and the Mississippi Humanities Council. This year’s youth-centered conference will highlight the voices and work of young millennials in the quest for racial equity and social justice. Online registration is open until March 20 at https://www.deltastate.edu/winning-the-race/ (free on-site registration available the day of the event).

Featured speakers include American writer, civil rights activist, and co-founder of Real Justice PAC and The North Star, Shaun King. As a magnetic element of the Black Lives Matter movement, King helps us see our present place in the larger current of American history. He has adopted social media to rally and unite people of disparate backgrounds and has now become one of the most followed activists in the world. He uses his platform as a journalist, now for Harvard and The Intercept, and formerly as The Senior Justice Writer at the New York Daily News, to unearth the truth beyond local media, and to organize us all in purposeful and directed ways. King has spoken in 35 states, on more than 100 college campuses, in jails and prisons, and in corporate boardrooms – always calling for us to be better and do better. As a writer, he has written an astounding 1,500 articles on injustice since 2014 and gives morning commentary on the legendary “Tom Joyner Morning Show,” heard by 6 million listeners in over 100 cities. 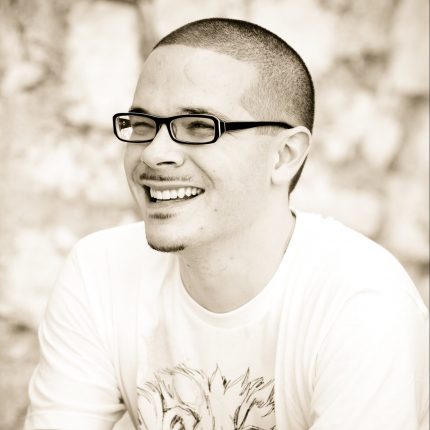 Mississippi State Representative Jeramey Anderson – District 110 (the youngest African American ever elected to a legislature in United States history at the time of his election in 2013) is also a featured speaker for the 2019 conference. A native of Moss Point, MS, Rep. Anderson received his associate’s degree in criminal justice from Pearl River Community College and his bachelor’s degree in homeland security from Tulane University. Since his inauguration on his 22nd birthday, he has appeared on MSNBC, been featured in the NAACP magazine, served as a guest on the “Tom Joyner Morning Show” with Roland Martin, and appeared in Essence magazine as a future presidential candidate. Recently recognized as a “Young Riser” at the 2015 BET Honors Awards, Rep. Anderson has spoken at several high school and college commencements all across the country and works to inspire his generation that they have the ability to do anything. Rep. Anderson has authored and co-authored legislation centered on increasing minimum wage, full funding for public education, wage equality, criminal justice reform, and childcare subsidies. 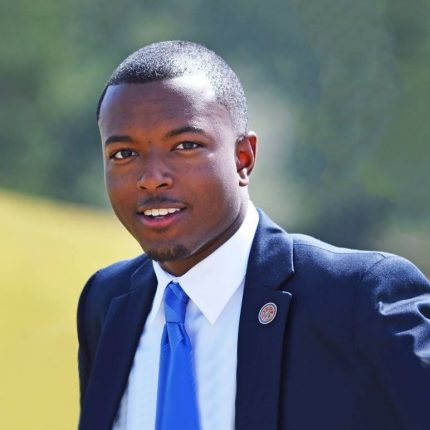 The university will kick off this year’s conference by recognizing and honoring local and regional civil rights leaders during an Opening Recognition Ceremony, March 24 at 2 PM. Sunday’s Open House will take place at the Amzie Moore House Museum and Interpretive Center, located at 614 S. Chrisman Ave. in Cleveland.

Monday’s conference activities will begin on campus at 8 AM on March 25 in the Bologna Performing Arts Center at Delta State (1003 W. Sunflower Rd., Cleveland, MS). Conference updates, online registration, and additional information are available at https://www.deltastate.edu/winning-the-race/. For questions or more information, contact Logistics Coordinator Bria Beal, at bbeal@deltastate.edu or 662-846-4808.