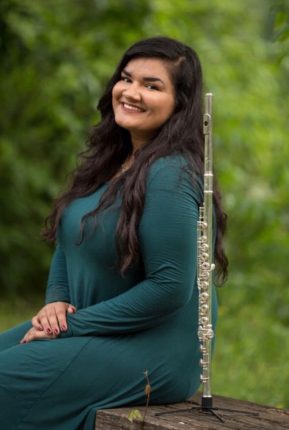 The Delta State University Department of Music will present Sabrina Brasher in her junior flute recital on Thursday, March 25 at 1:40 p.m. in the Recital Hall of the Bologna Performing Arts Center. The recital will be livestreamed on Facebook at www.facebook.com/DSUMusic.

Brasher, a junior flute major from Southaven, Miss., is the granddaughter of Barbara Brasher. She is majoring in music performance and in music education and studies with Dr. Shelley Collins, professor of flute at Delta State University.

Performing with her is collaborative pianists Dr. Kumiko Shimizu, professor of music.