Ongoing until March 12,  hand-woven bracelets, or “pulseras’”in Spanish, will be sold for $5 on campus to empower the artists who make them in Nicaragua and Guatemala.

The sale is organized through the Pulsera Project, a Fair Trade nonprofit organization that empowers and educates people in the U.S. and Central America through pulsera sales.

Student and teacher volunteers raise funds that benefit fair trade jobs, worker rights, sustainability and education, while learning about the culture, lives and struggles of Central Americans. The Pulsera Project’s goal is to create a more just and colorful world by encouraging conscious consumerism and social enterprise.

You can support The Pulsera Project by purchasing merchandise at the following locations: 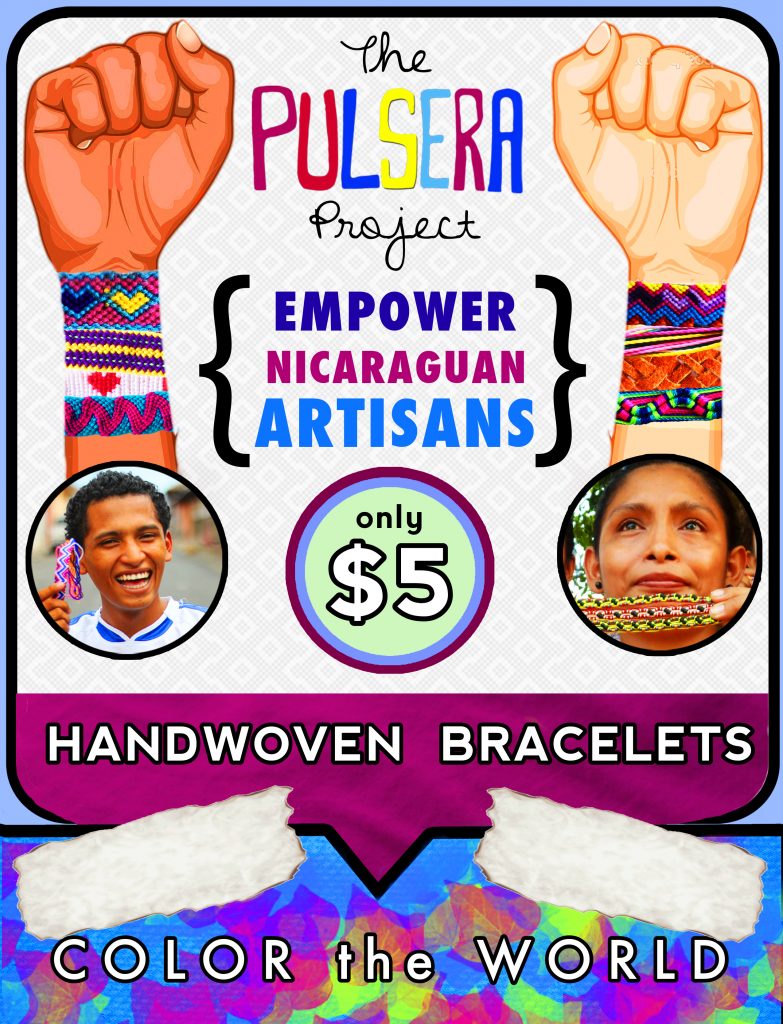