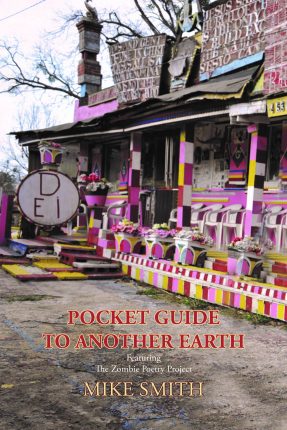 Pocket Guide to Another Earth marks the third book, in three different genres, that Delta State University professor Mike Smith has published in the last eight months, joining And There Was Evening and There Was Morning (WTAW Press, San Francisco) and Contemporary Chinese Short-Short Stories (Columbia University Press, New York). It is his fourth poetry collection and seventh full-length book overall.

Both And There Was Evening and There Was Morning and Contemporary Chinese Short-Short Stories were awarded national prizes this year, a Gold Medal in the Independent Publisher Book Awards and The Franklin R. Buchanan from the Association for Asian Studies, respectively.

Mike Smith has published three other collections of poetry, including Byron and Baghdad and Multiverse from BlazeVox. His translation of the first part of Goethe’s Faust was published by Shearsman Books, and he is co-editor of the anthology, Contemporary Chinese Short-Short Stories: A Parallel Text, published by Columbia University Press. His memoir, And There Was Evening and There Was Morning appeared from WTAW Press in 2017. He lives with his family of seven deep in the Mississippi Delta.