Guest artists Susan Hurley, assistant professor of music at Mississippi University for Women, and William Reber, professor emeritus of opera and musical theater at Arizona State University, will join Laurissa Backlin, Delta State assistant professor of music, in works for solo voice and duets for two sopranos on March 3 at 3 PM in the Recital Hall of the Bologna Performing Arts Center. This event is free and open to the public.

Hurley has performed in Europe and the U.S. in repertoire that ranges from opera and musical theater to concert and recital literature. A prizewinner at the 2002 Meistersinger Competition in Graz, Austria, she has sung 25 principal operatic roles, including Zerbinetta in Ariadne auf Naxos, Gilda in Rigoletto, Sister Constance in Dialogues of the Carmelites, and Musetta in La Boheme. Hurley is the founding artistic director of Phoenix Arizona’s annual AIDS Quilt Songbook performance project, now in its sixth year.

Reber is principal conductor of the Corpus Christi Ballet (Texas). He was on the faculty of Arizona State for 24 years and was artistic director and principal conductor of the Lyric Opera Theatre. He has been vocal coach, accompanist, and conductor for the Mittelsächsiches Theater in Germany. From 1993 through 2004, he headed the vocal coaching program for the American Institute of Musical Studies in Graz, Austria. From 2009 to 2017, he was on the faculty of the German Opera Experience/German Singer Summer in Freiberg, Germany. He has served as music director/conductor for more than 150 productions of operas, musicals, and ballets around the world and conducted symphony and chamber orchestra concerts in the United States and Europe. Former music director of the Minnesota Opera Studio and conductor for the Minnesota Opera, Reber also served as conductor and vocal coach for the Altenburger Musiktheater Akademie in Altenburg, Germany, was music advisor to the StaatsOperette Dresden, and was assistant conductor for Arizona Opera’s two productions of Wagner’s Der Ring des Nibelungen. Reber was music director for the Symphony Orchestra and Opera Theatre at California State University, Fullerton, and for 12 years was a member of the music faculty of The University of Texas at Austin, where he founded the Chamber Orchestra and conducted productions of the Opera Theatre. 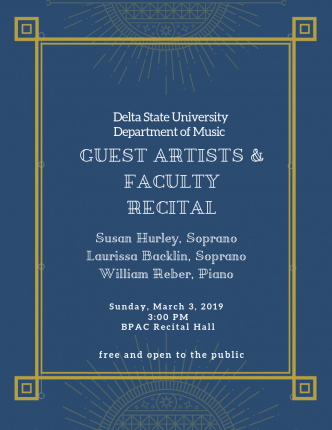