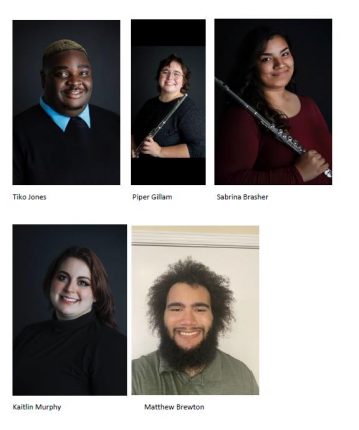 Delta State University’s Department of Music will host its 2022 Honors Recital at 7:30 p.m.  Tuesday, April 26, in the DP&L Theater at the Bologna Performing Arts Center. The event is free and open to the public.

Five music majors have been selected to perform at the event based on a performance audition and GPA. The event will also feature the induction of Pi Kappa Lambda members, the announcement of special music scholarship recipients, and the announcement of DSU Music Alumni of the year.

Matthew Brewton, a sophomore Music Education major on tuba from Gulfport, Miss., will perform two of the Four Serious Songs by Johannes Brahms.