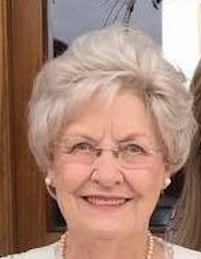 The DSU flags have been lowered in memory of Mary Nell Land Williams who passed away on Monday, July 9 at North Sunflower Medical Center.

She was an avid Delta State University supporter and lifetime alum. She was married to the late Jimmy Ray Williams, for whom the Delta State bookstore was named. She was also the mother of the late Leigh Anne Marquis, who was the Delta State postmaster for many years.