Delta State’s flag to fly at half-staff in memory of Dr. James Tomek

The Delta State University flag will fly at half-staff Friday, Sept. 2, through sunset Sunday, Sept. 4, in memory of Professor Emeritus of French Dr. James Joseph Tomek.  Tomek passed away on Aug. 30, 2022. He was 76. 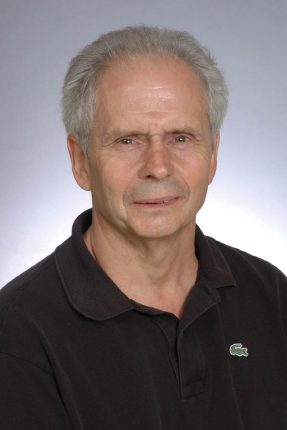 The youngest of three children, Tomek was born in Hoboken, N.J., to Joseph and Anne Tomek. Raised in Ridgefield Park, N.J., his love of literature drew him to study at Duke University where he received a Ph.D. in French literature and philosophy. During that time, he met and married Instructor Emerita of English and French Yvonne Bryan Tomek in Durham, N.C., and then embarked upon a career teaching French and English at Delta State from 1972 until his retirement in 2015.

During his tenure at Delta State, Tomek was the recipient of the Foundation’s Excellence in Teaching Award, the Division of Languages and Literature’s Teacher of the Year Award and was inducted into Omicron Delta Kappa (ODK). He received numerous grants to study French literature at summer-long NEH Colloquiums.  Tomek earned a master’s degree in 2009 in Theology from Spring Hill College in Mobile, Ala. Writing and delivering numerous papers at national conferences was of interest to him, and he collaborated in writing several books.