Alumna Sylvia Ferguson of Tupelo passed away on Tuesday, July 19. She was 81. 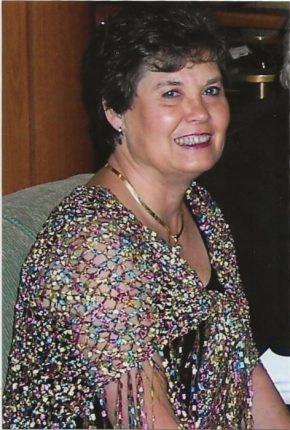 Ferguson was born in Meridian and reared in New Albany by her parents, the late Everette and Opal Hawthorne.After attending Northeast Mississippi Community College for one year, Ferguson transferred to Delta State where she earned a degree in Elementary Education and was a Delta Belle and cheerleader. She also married her beloved husband of 61 years, Bobby Ferguson (‘62).

After retiring from an extensive career in education and fulfilling their lifelong dream to travel the world, the Fergusons founded the Tri-State Educational Foundation in 1999. For more than 20 years, Sylvia provided the leadership to oversee and distribute some 3,832 educational scholarships and countless grants to municipalities, teachers and schools, including Delta State. To date, the Foundation has provided almost $14 million in direct assistance to help further education in the region.

Ferguson is survived by her husband, Bob, two children—Bart of Chattanooga, Tenn., and Kristi of luka—as well as six grandchildren and two sponsored foreign exchange students.

Alumnus Charlie McGuffee passed away on Tuesday, July 19. He was 80. 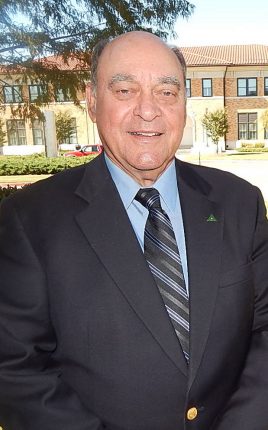 McGuffee was born in Jackson to the late Russell Wise and Ida Caroline Ferguson McGuffee.

After his father accepted a job at Parchman, Miss., McGuffee attended school in nearby Drew until he graduated in 1960. He then accepted a scholarship to Delta State where he played on the baseball team and was a founding member of the Zeta Beta chapter of Pi Kappa Alpha. McGuffee worked for the Mississippi Army National Guard from 1963-1965, achieving the rank of SFC E-7.

After graduating from Delta State with a degree in business administration, McGuffee became a bank examiner, traveling across the country. He met Marcia Faye Roberts, and they married in Aug. 1972. After his retirement, McGuffee led the Delta Regional Foundation which has contributed over $1 million to charities in the Delta and Northwest Mississippi, including significant contributions to the Delta State Foundation.

Services will be held at 2 p.m. Saturday, July 23, at Wright & Ferguson Funeral Home in Clinton.