The Delta State University Jazz Ensemble, under the direction of Associate Professor of Music Dr. Bret Pimentel, will present its annual fall concert at 7:30 PM on Thursday, Nov. 29, in the newly-renovated Zeigel Hall Band Room. The concert is free and open to the public.
The DSU Jazz Ensemble is a 15-piece “big band” made up of music majors and non-music majors selected by competitive audition. The band is known in the community for its annual Big Band Bash fundraiser, an evening of dining, dancing, and swing-era music.

The DSU Jazz Ensemble’s repertoire includes favorites from the swing era of the 1930s and 1940s as well as more contemporary jazz styles from the 1950s to the present. This year’s lineup includes new and classic jazz music by composers and arrangers such as Sammy Nestico, Stevie Wonder, Henry Mancini, and Rob McConnell. 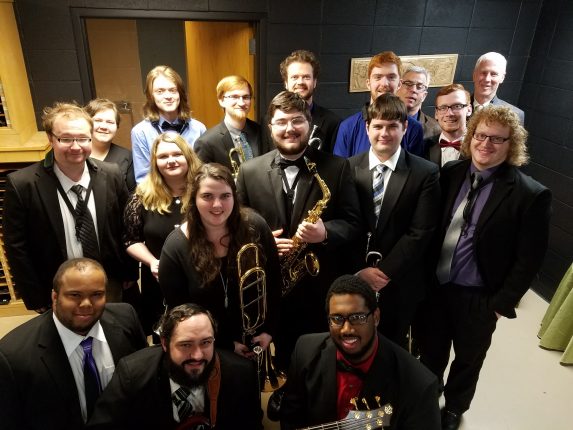