Delta State flag to fly at half-staff in honor of David “Dave” B. Heflin 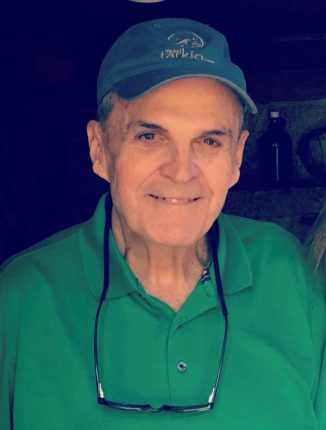 A native of Baldwyn, Heflin was born to the late Kirk and Norine Heflin. He was married to Brenda Land Heflin for nearly 57 years and had three children—Spring, Amber and Land.

Heflin was a graduate of Lambert High School, Itawamba Junior College, Delta State University and the University of Southern Mississippi. He began his teaching career at DSU in 1969 in the Speech department. However, it was a camping trip to Buffalo River in the early 1970s that reportedly changed the trajectory of his life; after a 4-year sabbatical at Texas A & M in 1974, Heflin would return to DSU and teach Outdoor Recreation for more than 30 years at Delta State. He received numerous awards during his 30+ years of teaching, including the Kossman Outstanding Teacher Award in 1986 and the HEADWAE Outstanding Teacher award in 1989.

A graveside service will be held at 2 p.m. Saturday, Feb. 12, at the Louin Baptist Church Cemetery on County Road 1533 in Louin, MS.

Donations can be made to the David Heflin Professorship at Delta State University by visiting https://deltastategiving.org/campaign/heflin/, or to Louin Baptist Church, P.O. Box 152, Louin, MS, 39338.