Clarinetist and former Delta State University faculty member Andrea Cheeseman will visit Delta State on Thursday, Feb. 27, 2020. During her visit, she will perform a recital at 7:30 in the Recital Hall in the Bologna Performing Arts Center; the event is free and open to the public. She will also give a master class at 3 PM in Zeigel Hall for the Department of Music and will work with woodwind students.

Cheeseman frequently performs as a soloist and chamber musician. Although she regularly performs traditional repertoire, she is an advocate of new music and is a sought-after performer of electroacoustic music written for clarinet and bass clarinet. Wishing to promote electroacoustic music, she has toured extensively, giving recitals and masterclasses throughout the country.

Additionally, Cheeseman has been a featured performer at festivals such as the Third Practice Electroacoustic Music Festival and the Electroacoustic Barn Dance and has appeared at SEAMUS (Society of Electroacoustic Music in the United States) conferences. She has been described as “a skilled performer with an ability to connect to the audience. And comfortable in her own skin, she has the uncanny ability to slide into the soundscape as if she were physically part of it.” Cheeseman has premiered pieces by today’s leading composers and released her debut album, Somewhere, in September 2019 (Ravello).

From 2009 to 2019, Cheeseman served on the faculty of Appalachian State University, where she taught studio lessons and a methods course as well as coached chamber music. Prior, Cheeseman was on the faculties of Delta State, Alma College, and Hillsdale College. Cheeseman earned the doctorate of musical arts and master of music degrees in clarinet performance from Michigan State University and the bachelor of music degrees in clarinet performance and music education from Ithaca College.

When not teaching or performing, Cheeseman spends her time gardening, swimming, practicing ashtanga yoga, and perfecting her kimchi recipe. She lives in Columbia, S.C. 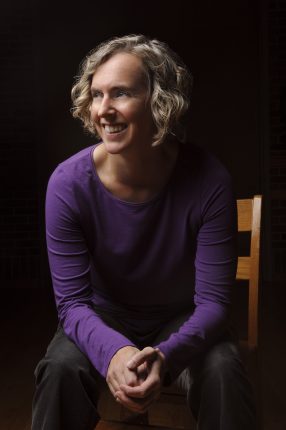