An Evening with Dionne Warwick at the Bologna Performing Arts Center—Tickets on Sale! 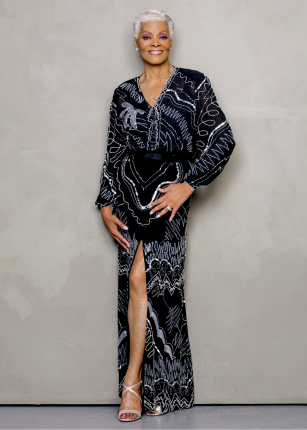 An Evening with Dionne Warwick at the Bologna Performing Arts Center on Sept 16.

On Thursday, Sept. 16, the Bologna Performing Arts Center (BPAC) at Delta State University will welcome audience members to the start of its 27th Season with “An Evening with Dionne Warwick,” locally sponsored by Wade, Inc. The kick-off event will begin with a reception in the BPAC lobby and conclude with a concert by Dionne Warwick.

Originally scheduled as a 25th Season anniversary party, the event will now be a celebration to being the 2021-2022 Season.

“Our Advisory Board and Staff are so grateful for the community support that has enabled the BPAC to continue to offer quality entertainment to the region,” said Laura Howell, BPAC executive director. “We hope that our patrons and friends, both old and new, will come out and join us for this event.”

Dionne Warwick is a six-time Grammy Award-winning music legend who has earned more than 75 charted hit songs and sold over 100 million records. She was discovered by Burt Bacharach and Hal David in 1961, and went on to record 18 consecutive Top 100 singles – “Don’t Make Me Over,”” Walk on By,” “Say a Little Prayer,” “A House is Not a Home,” “Alfie,” “Heartbreaker,” “Déjà Vu,” among countless others.

Tickets for the kick-off celebration range from $55 to $80 and include admission to the concert and heavy hors d’oeuvres during a reception beginning at 6:00 pm. Cash bars will be available, and Dionne Warwick will take the stage at 8:00 p.m.