Amanda Lutz will give her senior flute recital on Thursday, Nov. 29 at 1:40 PM in the Recital Hall of the Bologna Performing Arts Center. The recital, presented by the Delta State University Department of Music, is free and open to the public.

Lutz, a senior flute major from Horn Lake, Miss., is the daughter of Penny and Greg Lutz. She studies with Dr. Shelley Collins, professor of flute. Since entering DSU in 2014, Lutz has performed with the DSU Wind Ensemble, Flute Ensemble, Marching Band, Chorale, and Wind Quintet. She has served as section leader of the Wind Ensemble and Marching Band, is chapter president of Mu Phi Epsilon music fraternity, and is a recipient of the Jeff Ross Capwell Scholarship for instrumental majors. In 2018, Lutz was selected for an internship for the National Flute Association. She also performed last summer in Busan, South Korea. 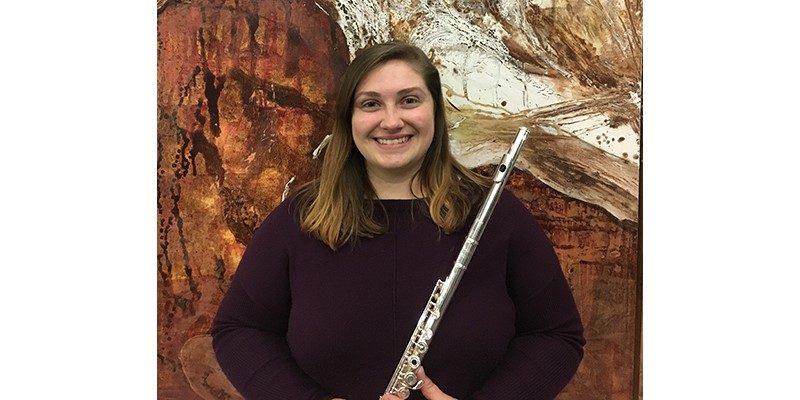