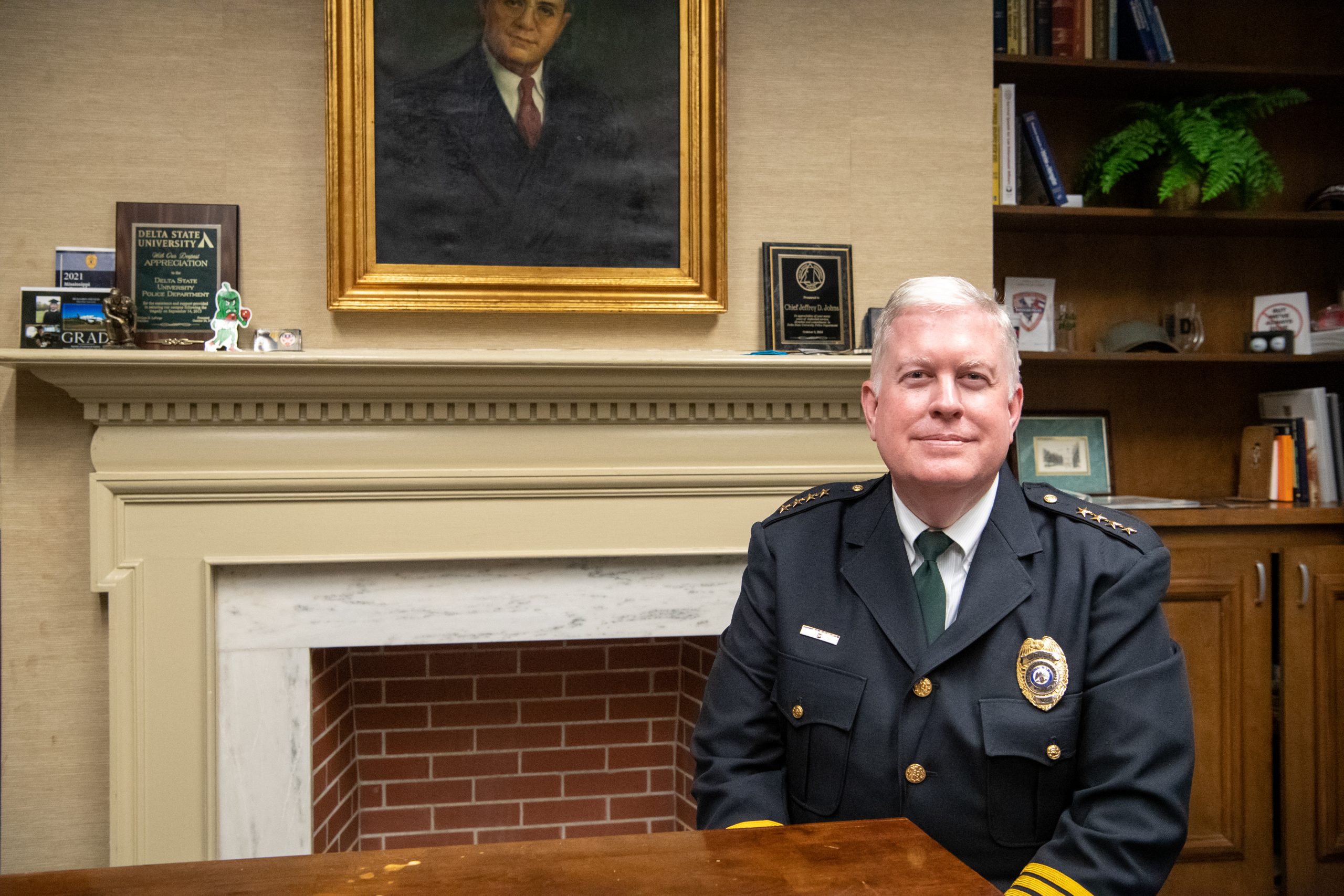 The International Association of Chiefs of Police (IACP) is the world’s largest and most influential professional association for police leaders. With more than 32,000 members in over 170 countries, the IACP is a recognized leader in global policing, committed to advancing safer communities through thoughtful, progressive police leadership. Since 1893, the association has been serving communities by speaking out on behalf of law enforcement and advancing leadership and professionalism in policing worldwide.

Johns will serve a two-year term under newly revised bylaws creating three successive vice-chairs leading to the General Chair seat. He is the first Mississippi University Police Chief to hold the Section General Chair position. Johns has served as Director of the Delta State University Department of Campus Safety & University Police since 2016. Before his appointment at DSU, he spent ten years with the Holmes Community College District Police Department as Director of Public Safety/Chief of Police. He is the immediate past president and former Vice-President of the MS Campus Law Enforcement Association and currently represents MSCLEA on the Mississippi Accreditation Commission. Johns has previously served as Deputy Sheriff in two Mississippi Sheriff’s Departments and has three decades of public service.

“IACP has molded my vision of what being a police chief entails and has been a great value to my career,” Johns said. “I am humbled and honored to be elected by university and college chief peers to this position.”

Delta State’s Department of Campus Safety & University Police is part of the university’s Division of Student Affairs, led by Dr. Eddie Lovin. The police department can be reached via phone at 662-846-4155.

In emergencies, dial 911 for assistance.