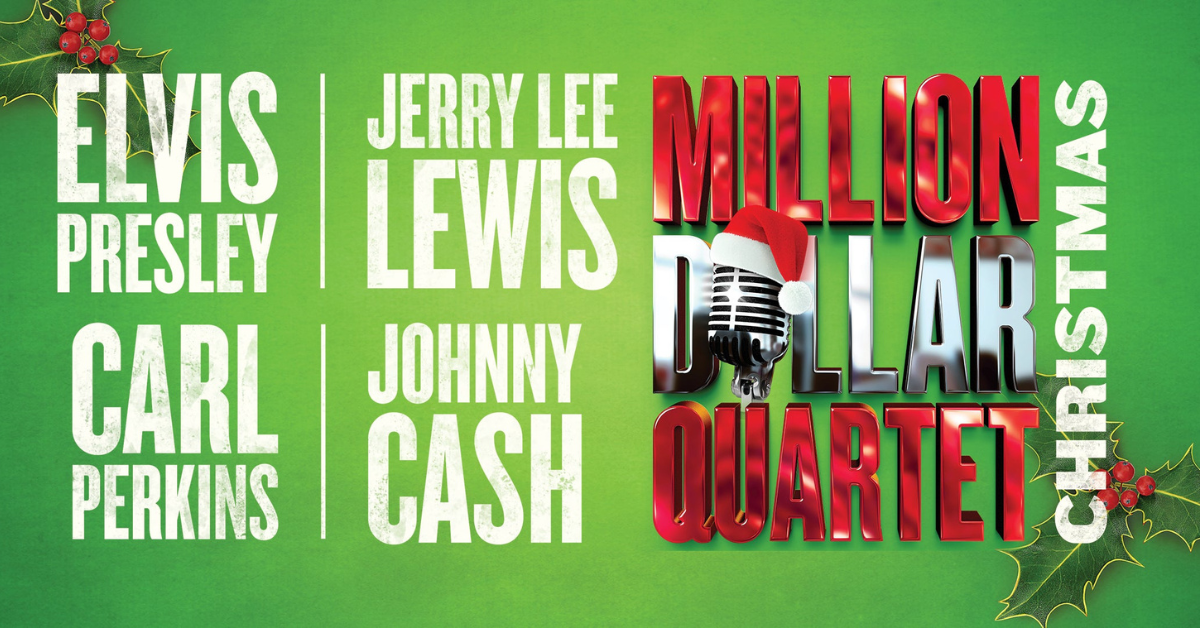 ROCK AROUND THE CHRISTMAS TREE THIS HOLIDAY SEASON!

AS PART OF A 26-CITY NATIONAL TOUR

In Million Dollar Quartet Christmas rock ‘n’ roll newcomers, and soon to be legends, Johnny Cash, Jerry Lee Lewis, Carl Perkins and Elvis Presley come together again to celebrate the holidays. Inspired by the true story of their December 1956 homecoming at Sun Records, this heartwarming rock n’ roll musical rings with sounds of the season and the chart toppers that made the Million Dollar Quartet famous. The gang is up to their usual antics as we journey through stories of Christmas past, present, and future in a joyful evening filled with nostalgic holiday hits including “Run Rudolph Run,” “Jingle Bell Rock,” “I’ll Be Home For Christmas,” and more.

Million Dollar Quartet Christmas received its world premiere in 2021 at The Phoenix Theatre Company, ahead of a National Tour that same year.

A Million Dollar Quartet Christmas cast album will be released digitally on Friday, October 28, 2022 and in stores starting Friday, November 11, 2022 distributed throughout North America by BFD/The Orchard. The 15-track cast recording, which is now available for preorder, includes all of the nostalgic chart-topping holiday hits from the musical as well as an additional 4 non-holiday bonus tracks. In celebration of the national tour announcement, two classic holiday tracks, “Run, Run Rudolph” and “Santa Claus is Coming to Town,” can be streamed in advance of the album’s release here.