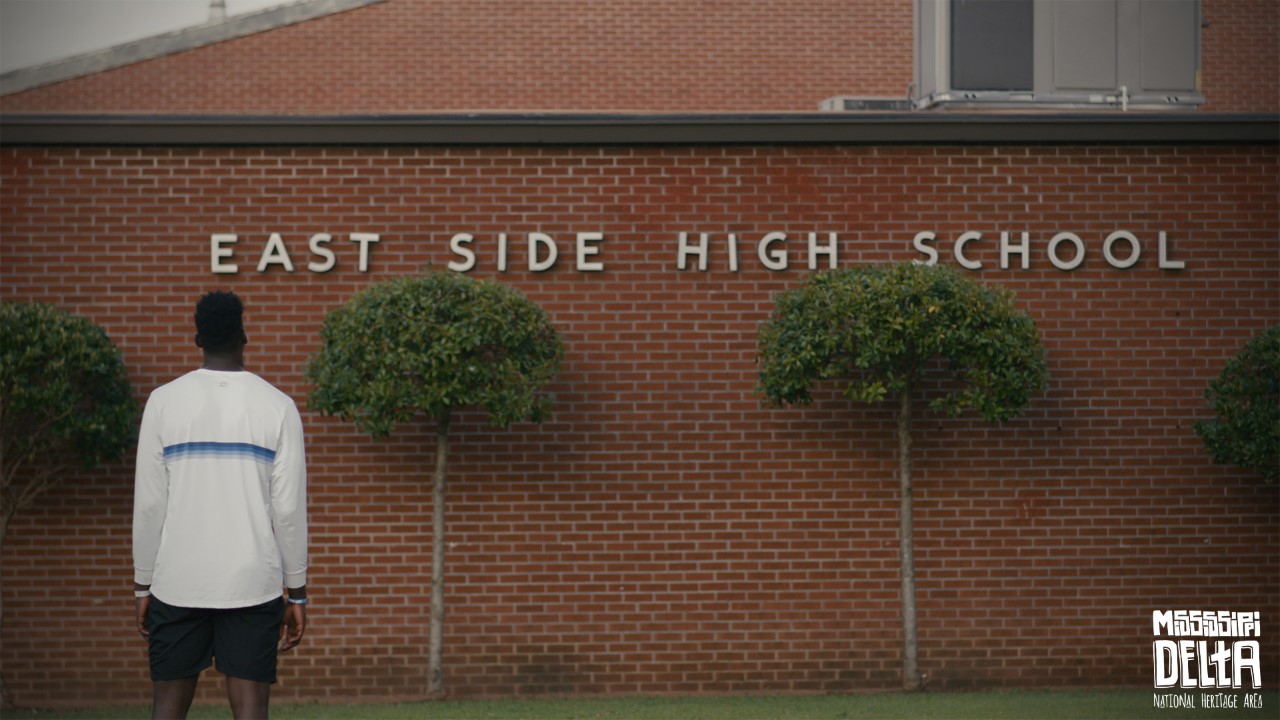 With support from a Mississippi Delta National Heritage Area grant, a new digital oral history archive of East Side High School will be established at Delta State University.

CLEVELAND, Miss.—Thanks to a grant from the Mississippi Delta National Heritage Area, a new digital oral history archive will be established at Delta State University (DSU) to document and preserve the legacy of Cleveland’s East Side High School. Delta State’s award-winning University Archive & Museum is already home to an East Side collection that features memorabilia associated with Cleveland’s historically Black high school.

After hosting a premiere of the documentary “Educational Divide: The Story of East Side High” before an enthusiastic crowd of more than 600 East Side alums and community members at the Bologna Performing Arts Center this spring, Associate Professor of English Don Allan Mitchell learned there were many more Eastside stories to tell. As Mitchell puts it, “After the screening, the audience filled out surveys for the Mississippi Humanities Council, the sponsor of the premiere. While the feedback was positive, there was a consensus that a 65-minute film was only a start to telling stories of East Side to a wider audience.”

While financing a full-length film was a bit out of his wheelhouse, Mitchell said he began to think of creative ways to use Delta State’s academic offerings to tell a fuller history of East Side High and the Eastside community. An oral history archive fits into Delta State’s academic mission as a regionally-focused institution.

“I’ve done some prior film work with Assistant Professor of Art Ted Fisher and Delta State’s Web Developer Gregory Braggs, so I assembled a team to start a small digital archive of filmed Eastside oral histories,” he said.
According to Mitchell, Wayne Dowdy at the Delta Center for Culture and Learning introduced him to Kristan McCullum’s scholarship, which uses oral history methodology to examine Black schooling and community in Kentucky Appalachia during the civil rights movement. McCullum’s experiences have shaped the Eastside project in a variety of ways.

“As a former Teach for America Delta corps member who trained on DSU’s campus and lived in the region for five years, she has a genuine love of Cleveland and the Delta, so she agreed to be the assistant director of the project,” shared Mitchell.
McCullum has also spent the past four years as a doctoral student working on the Teachers in the Movement (TIM) oral history project at the University of Virginia alongside her advisor and the project’s director, Dr. Derrick Alridge. The TIM project documents the stories of educators during the civil rights movement.

“‘Teachers in the Movement’ is an exemplar in documenting, preserving, and sharing stories about Black education in the South,” said Mitchell. “We hope to follow its practices on a smaller scale as we build the Eastside Project.”

Ultimately, Mitchell’s goal is to build a community-driven archive that will film and preserve alumni and community members’ oral histories, using DSU’s skillsets and resources in partnership with the MDNHA.

“It’s a partnership among several entities, in addition to the grant funding from the MDNHA. My home department, the Division of Languages and Literature, has been very supportive, as has Emily Jones, our university archivist, Heather Miller in our grants office, and several student filmmakers in the Department of Art, which is the home of the Delta Media Arts Center,” he said.

“Off campus, we’ve gotten help from the original filmmakers, David Ross and Dr. Eric Elston, who were introduced to the story of ESHS by Cleveland native Johnny O’Bryant. East Side alums Dr. Ike Adams, Mack Sanders and Kierre Rimmer have also provided guidance. Our next phase is to spread the word and gather feedback about the project in Cleveland, as this is East Side’s archive, first and foremost,” he added.  Like the current archive, the digital archive will eventually be open to all, and because it will be accessible via the internet, it will be available to anyone—from researchers of the U.S. civil rights movement to East Side alums from coast to coast. The MDNHA grant will cover this initial startup phase.

The first interviews will be conducted with Eastside community members spanning the school’s history from 1957-2017. Because of the technical backline needed, these interviews will be filmed on DSU’s campus at the Delta Media Arts Center.“In this first phase, we are trying to build the necessary digital infrastructure,” explained Mitchell. “We want to make sure we are doing everything correctly, so that Eastside stories will be preserved for many years to come. We really want ESHS alums to tell us what they want this archive to look like.”

Anyone with suggestions on what stories the archive should include can contact Mitchell and his team at Eastside@deltastate.edu, or they can call (662) 846-4060.