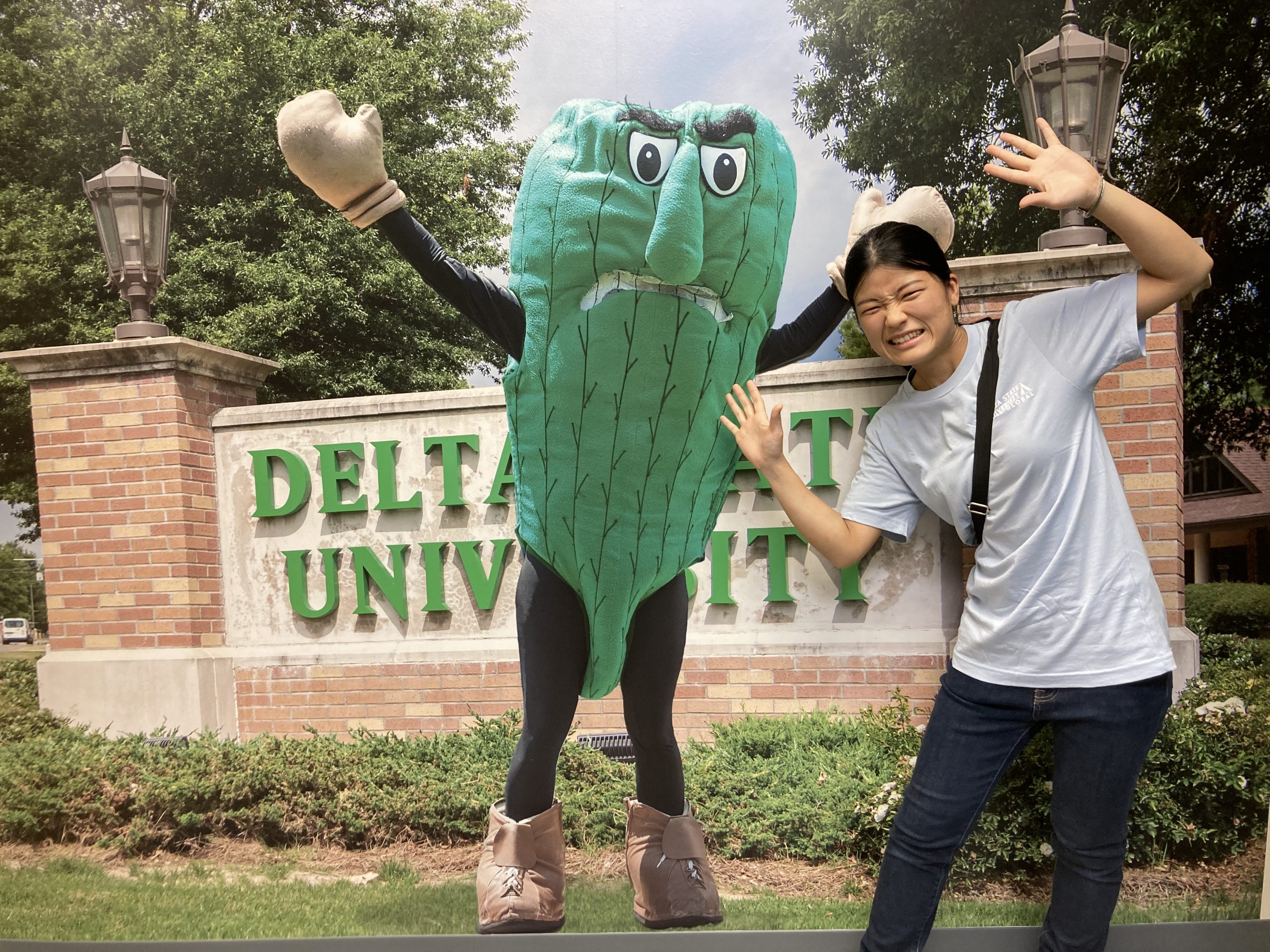 Mizuki Umebara will be a Fighting Okra for the next two years as part of the Japan Outreach Initiative program. Umebara's hometown, Kochi, has the second largest production of Okra in Japan.

CLEVELAND, Miss.—Delta State University has received the unique opportunity to introduce Japanese culture to the campus and community with its selection as a Japan Outreach Initiative host site for 2022-2024.

As part of the designation, Mizuki Umebara, a Japan Outreach Initiative (JOI) coordinator, has joined the Delta State family for the next two years.

A joint initiative of the Japan Foundation and Laurasian Institution, the JOI program aims to promote awareness and understanding of Japan by bringing volunteer Japanese coordinators to regions of the U.S. where there is relatively limited access to Japanese culture.

During the two-year program, the coordinators engage their American community through Japanese-themed programming.

After undergoing an intensive matching process that examines the host site’s needs and the coordinator’s ability, Umebara said she was thrilled to be selected for Delta State.

“I was really surprised when I found out that I was going to DSU, where you have the mascot of Fighting Okra, because my hometown Kochi has the second largest production of Okra in Japan!” she shared. “There must have been a certain kind of turn of Fortune’s wheel.” 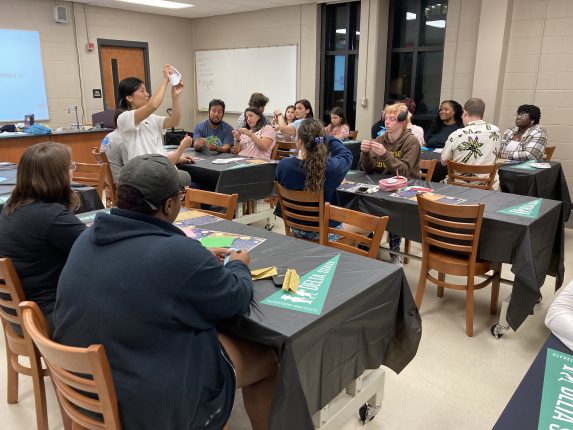 Umebara during her first event, the International Moon Festival.

According Riddle, Delta State actually began the application process to be a host site in December 2019 and was selected in Spring 2020, but the pandemic delayed the university’s ability to host.

“Luckily, we did not lose faith,” she said. “Ms. Umebara is a perfect fit for us, and I am excited to see what the next two years bring for our campus and community.” 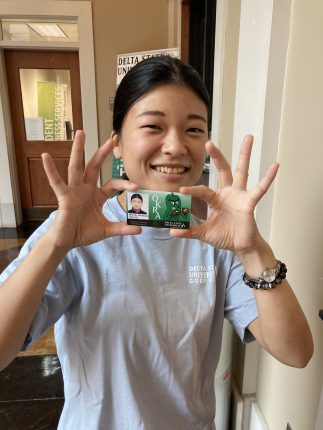 “We found DSU to be a wonderful host organization candidate due to its more rural location, interest in expanding Japan-related education opportunities to students and the community and strong support for JOI among DSU staff and faculty,” she said. “And bonus points for having okra for a mascot!”

During her stay, Umebara said she plans to visit many places—including schools, libraries and museums—and connect with as many people as possible.

“There are a variety of things I want to introduce—not only culture, but food also. The important thing is that each activity should be enjoyable, and you will have the real essence of the culture at the end of the event,” she said.

Her short-term goals include hosting a Japan Club meeting regularly at Delta State.

“The Japan Club meetings will be open to DSU students and the general public,” she said. “I hope some people will eventually feel like coming to Japan in the future.”

“Delta State supports our students in their growth as informed citizens. Being connected to cultures of the world is critical to understanding people with diverse backgrounds,” he said.

“Through the Japan Outreach Initiative, we have the opportunity to experience Japanese culture through the friendships we’ll form with Ms. Mizuki Umebara. This is truly a gift to Delta State, Cleveland and beyond.”

Umebara said she expects to gain just as much from her stay in the Mississippi Delta.

“I personally have traveled to many countries and learned about different cultures. This experience expanded my values and greatly enriched my life,” she said . “I strongly hope that I can convey new points of view and the joy of learning new cultures through my activities to the people here in Mississippi.”