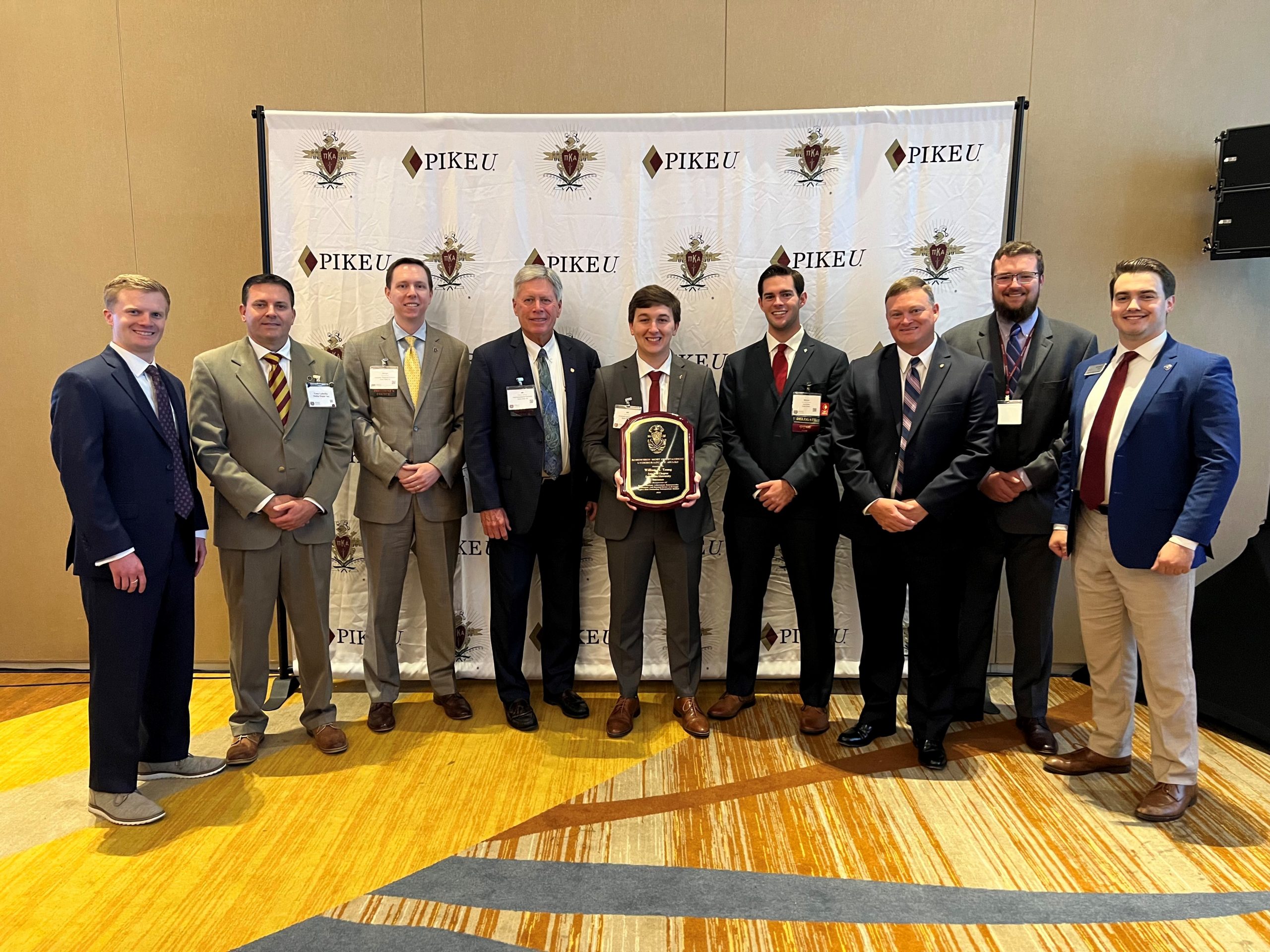 CLEVELAND, Miss. – Will Young ‘22 was honored recently by the Pi Kappa Alpha fraternity, where he served as president of the Zeta Beta chapter at Delta State University as a junior. The Flora, Miss., native was named the recipient of the 2022 Robertson Most Outstanding Undergraduate Award.

The prestigious award recognizes Pi Kappa Alpha’s outstanding graduating senior each year based off superior academic achievement, extracurricular involvement, and fraternal service. The winner receives a $2,500 scholarship and a plaque. It is funded and administered by the Pi Kappa Alpha Foundation. Award decisions are made by a committee of volunteer alumni.

Reflecting on winning the award, Young expressed gratitude for the DSU Family. “It is an honor to be the recipient of the 2022 Robertson Award. I have been blessed with an amazing support system from Delta State that allowed me to grow and become successful within all aspects of college life. To each member of the Delta State family that helped me along the way, I say, ‘thank you!’”

Pi Kappa Alpha first recognized its outstanding graduating senior in 1926 with the Alumnus-Beta Phi Trophy. Administered by the alumni chapter of Buffalo, N.Y., the award’s first recipient was Howard Bell Arbuckle (Hampden-Sydney, Iota 1886). After a twenty-six year lapse, beginning in 1936, the award was revived in 1962. Until 1998, the award was known as the Powers Award, in honor of two of Pi Kappa Alpha’s most important leaders, J. Pike Powers Jr. (Virginia, Alpha 1895) and David C. Powers (Tennessee, Zeta ’24).

The award is now named the Robertson Most Outstanding Undergraduate Award in honor and memory of Brother Jenkins M. Robertson (Clemson, Eta Alpha ’71), a much beloved chapter advisor for Epsilon Chapter at Virginia Tech, who served Epsilon in this capacity until his life was tragically cut short in 1986.

During his time at Delta State, Young served as a member of the Student Government Association (SGA) since his freshman year, serving as a student senator, secretary, vice president, and then president. During his tenure in the SGA, he developed and launched a variety of initiatives around Delta State’s campus which included a Delta State intranet webpage to provide easy access to SGA information to students and a new game room for students. Young implemented the inaugural Big Green Event, a one-day, student-led community service event that undertook more than 20 service projects on campus and in the Cleveland community. While SGA President, Young was also instrumental in the campaign to create an outdoor student recreation facility.

Fraternally, Young served Zeta Beta Chapter as philanthropy chair, social media chair, vice president for membership development, treasurer, and president. As philanthropy chair, he challenged the chapter to exceed expectations, as they raised $20,000 in five days for a fellow Delta State student who faced critical medical challenges. In addition to being named the 2022 Robertson Most Outstanding Undergraduate of Pi Kappa Alpha, Young was recognized as the Interfraternity Council (IFC) Greek Man of the Year and Top Student Organization President in 2021 and was tapped for membership in Omicron Delta Kappa National Honor Society and the Delta State Student Hall of Fame.