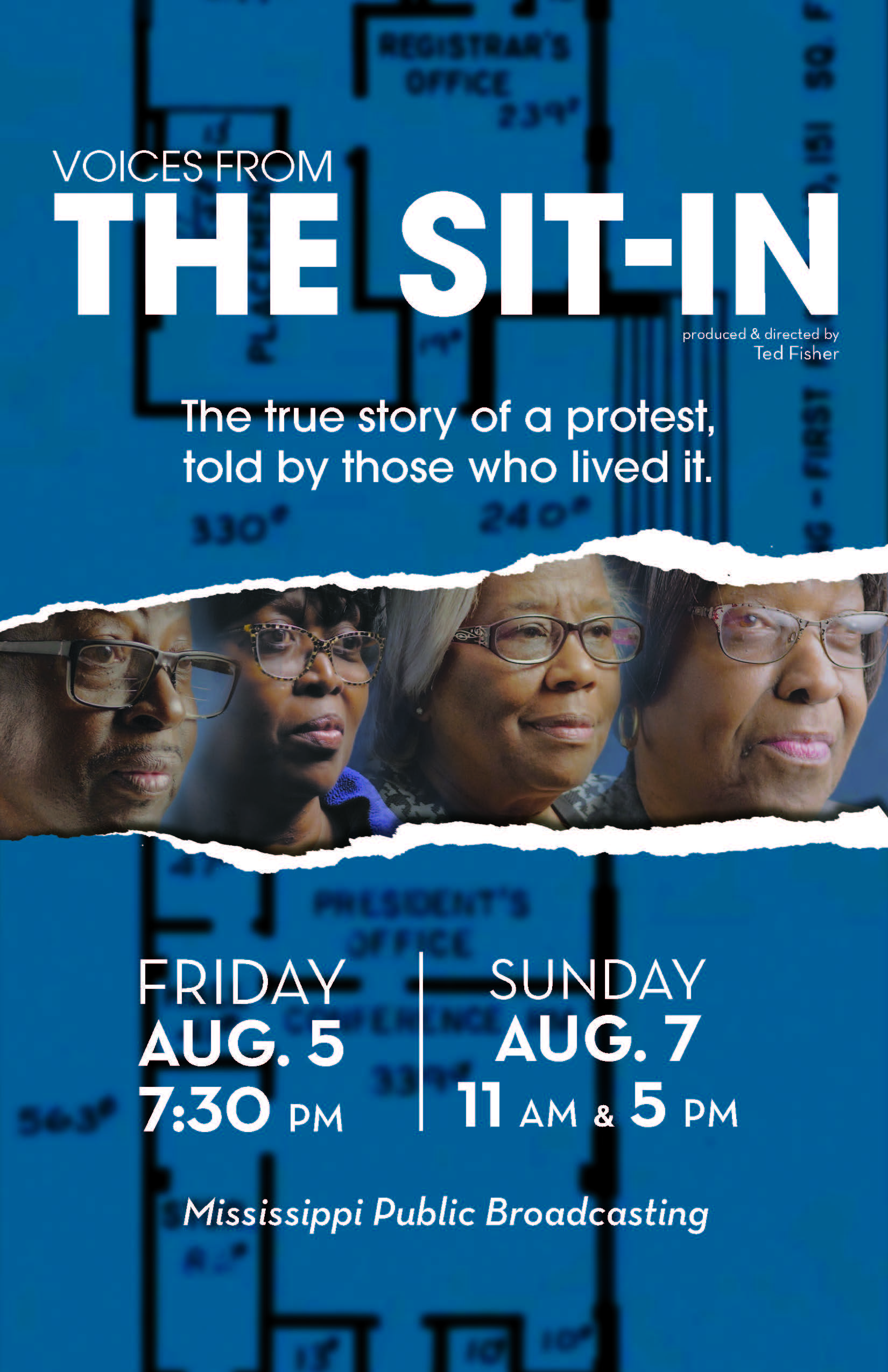 CLEVELAND, Miss.—An award-winning documentary that was filmed and produced at Delta State University will soon be available for viewing on the statewide television network, Mississippi Public Broadcasting (MPB).

The true story of a protest, told by those who lived it, “Voices from the Sit-In” chronicles the thoughts, actions and outcomes of the 1969 sit-in on Delta State’s campus by a courageous group of African American students as they struggled for recognition, inclusion and fair treatment.

Following screenings at nearly a dozen film festivals, the documentary is scheduled to air on MPB at 7:30 p.m. Friday, August 5, and at 11 a.m. and 5 p.m. Sunday, August 7.

The project was filmed at Delta State’s Digital Media Arts Center under the guidance of Assistant Professor of Art Ted Fisher, the film’s producer and director.

“The main aim of documentary, from my perspective, is to bring a true story to an audience in a way that resonates with that audience today, here and now,” said Fisher. “To reach a large broadcast audience with this almost-forgotten history, to let that audience feel these personal accounts of what happened and what it meant, is just fantastic.”

Fisher said he is most excited for the students who helped to film the project.

“This is an important affirmation that if they tell the stories that matter to them there is an audience that will listen and care,” he said. “We’re a small school, but we can have our voices heard in the world.”

The 27-minute documentary brings to life an important story through lived experiences recalled across five decades.

Since its debut in the summer of 2021, “Voices from the Sit-In” has been selected for screenings in 11 film festivals across the nation and Canada as well as local screening at Delta State’s Bologna Performing Arts Center last fall.

Mississippi Public Broadcasting is a trusted multimedia organization that educates, enlightens and entertains Mississippians. As the only statewide radio and television broadcast network, MPB connects Mississippi households and communities.

To learn more or to watch MPB online, visit www.mpbonline.org.