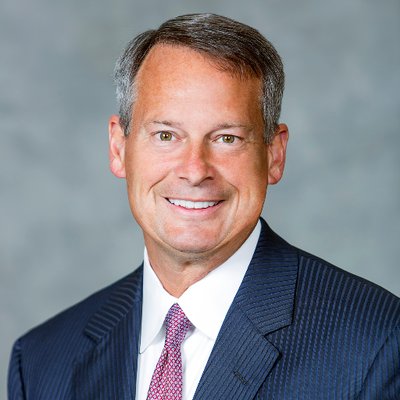 CLEVELAND, Miss.—Delta State University will host its Spring 2022 Commencement Exercise at 10 a.m. Friday, May 6, in the Walter Sillers Coliseum. More than 400 graduates earning both undergraduate and graduate degrees will be recognized during the ceremony.

During the program, Delta State will also continue its tradition of recognizing individuals who have made significant and meritorious contributions to the university, higher education generally or other areas of society by conferring an honorary doctoral degree.

Bettinger has been recognized throughout his career as a titan in the financial services industry, including recognition as Fortune magazine’s Businessperson of the Year listings in 2014, 2016, 2017 and 2018; being named to the Power 30 by Smart Money magazine in 2010; and receiving the 2009 lifetime achievement award for contributions to the retirement security of working Americans by Plan Sponsor magazine.

A native of Ada, Ohio, Bettinger attended Delta State from 1979 to 1981 on an academic and golf scholarship and then returned home to Ohio to complete his Bachelor of Business Administration degree from Ohio University. He has also completed the General Management program offered by the Harvard Business School.

Delta State President William N. LaForge will provide introductions at the ceremony, while presentations of candidates and degrees will be led by Provost and Vice President for Academic Affairs, Dr. Andrew Novobilski.

Each graduate has been extended six tickets to invite family and friends. Additional tickets may be available at the Registrar’s Office on a first-come, first-served basis. In accordance with Delta State’s COVID-19 protocols, face masks are optional during the ceremony.

The ceremony will be available for live and on-demand viewing at https://livestream.com/deltastateuniversity.

For questions or more information, contact the Registrar’s Office at (662) 846-4040 or registrar@deltastate.edu.