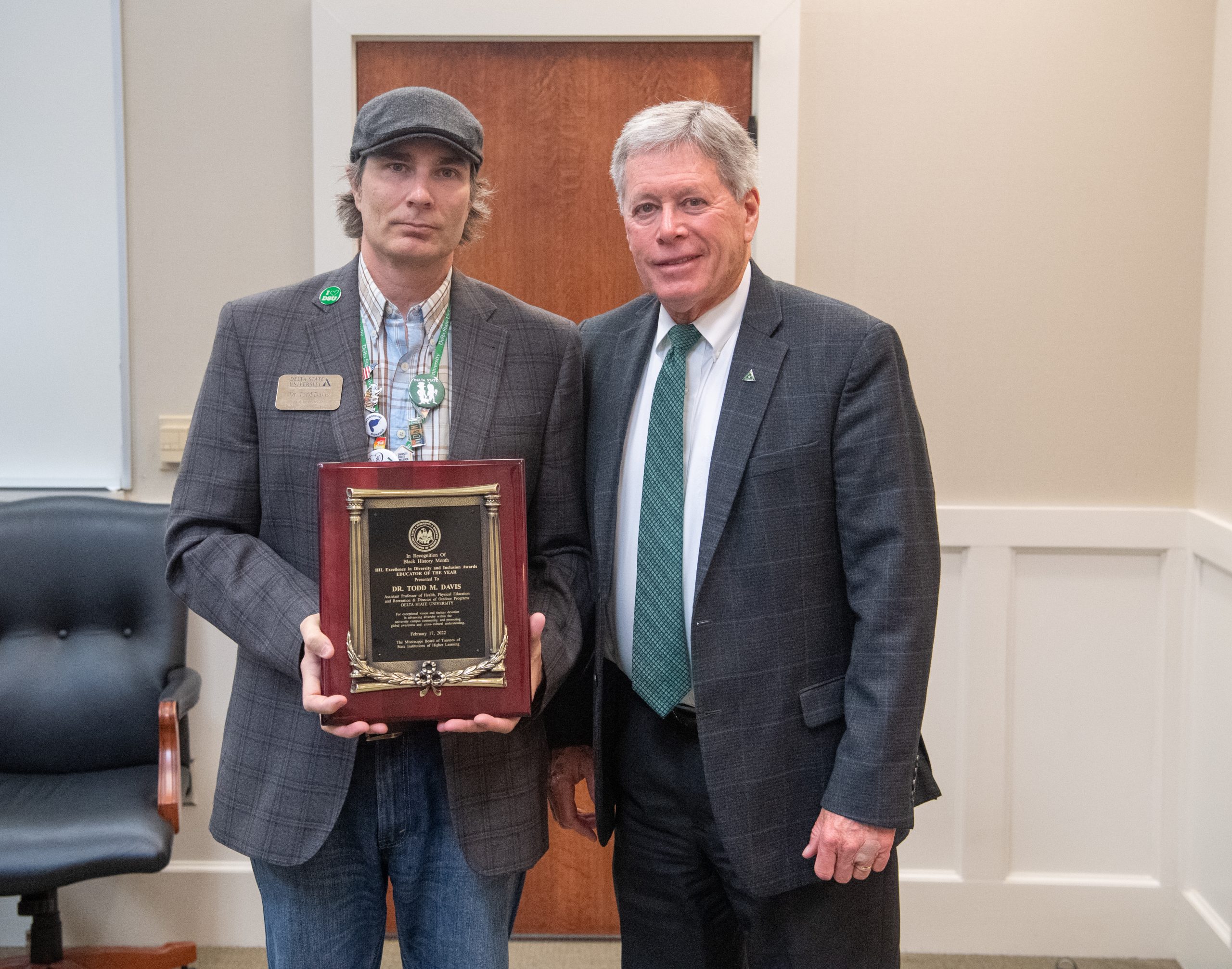 “By the time we reached Texas, her phone rang, and it was her mother who was not pleased to hear that we were headed to Utah for Spring Break,” recalled Davis.

Sharing her concerns about racial differences and her perspective on outdoor recreation awakened Davis to deeper issues centered on diversity, equity and inclusion within the field that he had previously been oblivious to.

“It was an interesting perspective for me, but it brought a lot of attention to the diversity, equity and inclusion aspect. It was because of that moment that I realized that there was a gap in participation and a lack of education and trust about what outdoor programs provided…it was at that defining moment that I found my purpose at Delta State,” shared Davis.

Since that moment, Davis, who holds the Dave Heflin Professorship and is an Assistant Professor of Health, Physical Education and Recreation & Director of Outdoor Programs at Delta State, has dedicated his work to advancing diversity and encouraging understanding and respect.

For his efforts, Davis was recognized as the MS Institution of Higher Learning (IHL) Excellence in Diversity and Inclusion Awards’ 2022 Educator of the Year during the IHL Board of Trustees meeting hosted virtually Thursday, Feb. 17. The annual Diversity and Inclusion Awards ceremony is hosted each year in February in honor of Black History Month.

During the ceremony, Davis was presented a plaque commemorating his vision and devotion in advancing diversity within the university campus and promoting global awareness and cross-cultural understanding by Delta State President William N. LaForge.

“Dr. Davis has been the personification of diversity, equity and inclusion at Delta State,” said LaForge. “Through his research, activities and teaching, he has been an outstanding example for our students, our faculty and staff. We are proud to present this award on the behalf of IHL to Dr. Davis.” 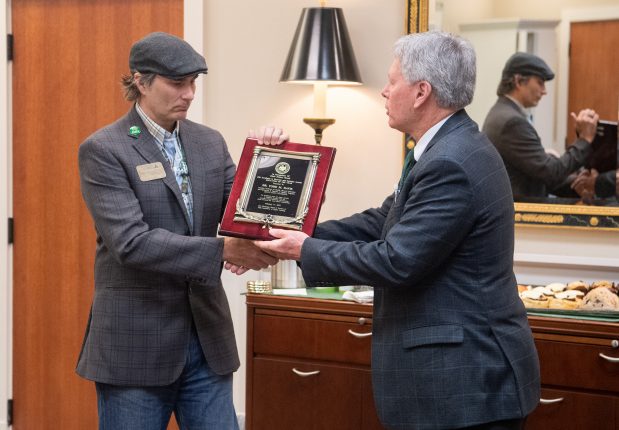 In 2017, the Board of Trustees voted unanimously to name its Community Service Award in memory of Trustee Cummins in recognition that her life epitomized what the award is all about, helping to improve Mississippi’s communities with a welcoming and inclusive spirit.

“The Board of Trustees is very pleased to recognize Senator David L. Jordan and Dr. Todd M. Davis,” said Dr. Steven Cunningham, Trustee and Chair of the Board of Trustees’ Diversity Committee. “Senator Jordan has been a stalwart supporter of education on all levels, serving on the Education Committee throughout his time in the Mississippi Legislature. He has demonstrated wisdom, foresight and courage as a public servant, leader in the civil rights movement, and as an educator for 33 years. Dr. Davis is a dynamic leader who holds the Dave Heflin Professorship and has promoted diversity efforts within the outdoor programs arena and across the Delta State University campus.”

Davis said he was honored and proud to be named this year’s IHL Diversity Educator of the Year.

“I want to first and foremost thank the State of Mississippi Institution of Higher Learning Board and the Diversity Committee for the prestigious award. I would also like to commend all of the nominees from all the universities across the state for their hard work for diversity, equity, inclusion and justice for our students, colleagues and stakeholders,” he said.

“I also want to thank Delta State University and President LaForge for their commitment to providing a safe, progressive and inclusive learning environment on this campus and for supporting all of the initiatives we have developed and advance our DEI awareness and education throughout the Delta,” he added.

In his role as Director of Outdoor Programs, Davis has developed ground-breaking and award-winning outdoor leadership and education programs. He has served as the Director of the Delta Youth Adventure Program, an afterschool recreation and activity for children attending a local elementary school. He has also served as Director of OKRA Camp for 11 years and developed and directed the “Delta Down & Dirty” Youth Mud/Obstacle Run and Delta Youth Adventure Program.

Davis has championed equity and inclusion through his teaching, research, and service and incorporates best practices in pedagogy and technology in the classroom. He has often partnered with academic departments and campus offices to create more inclusive opportunities for students and has routinely co-sponsored events, such as a weekend rock-climbing expedition to Arkansas, specifically to break down barriers and create greater understanding of other cultures and viewpoints.

Davis has served as president of the City of Cleveland Parks & Recreation Advisory Board, giving generously of his time and expertise to assist in re-visioning and restructuring of the Cleveland City Parks & Recreation Department, leading to numerous enhancements, including installing new “Splash Pads” at three city parks, creating a new logo for the organization and updating its mission statement.

Davis has received several notable professional awards, including the 2021 Georgene Clark Diversity Champion Award at Delta State’s annual Winning the Race conference and the 2021 Mississippi Alliance for Health, Physical Education, Recreation, and Dance Recreation Education Professional of the Year. The OKRA Camp was recognized by the Blue Cross and Blue Shield Foundation of Mississippi as a “Model Recreation Day Camp.”

In the letter of nomination, Davis’ impact on the campus community was summarized, “Since he arrived in 2008 at Delta State University, Dr. Davis has been a staunch advocate for diversity and inclusion in the Mississippi Delta in his teaching, service to campus and community and research. In his professional and personal pursuits, he is leading the way for everybody to ‘get outdoorsy,’ as he likes to say. He is richly deserving of the IHL Excellence in Diversity and Inclusion Award.”