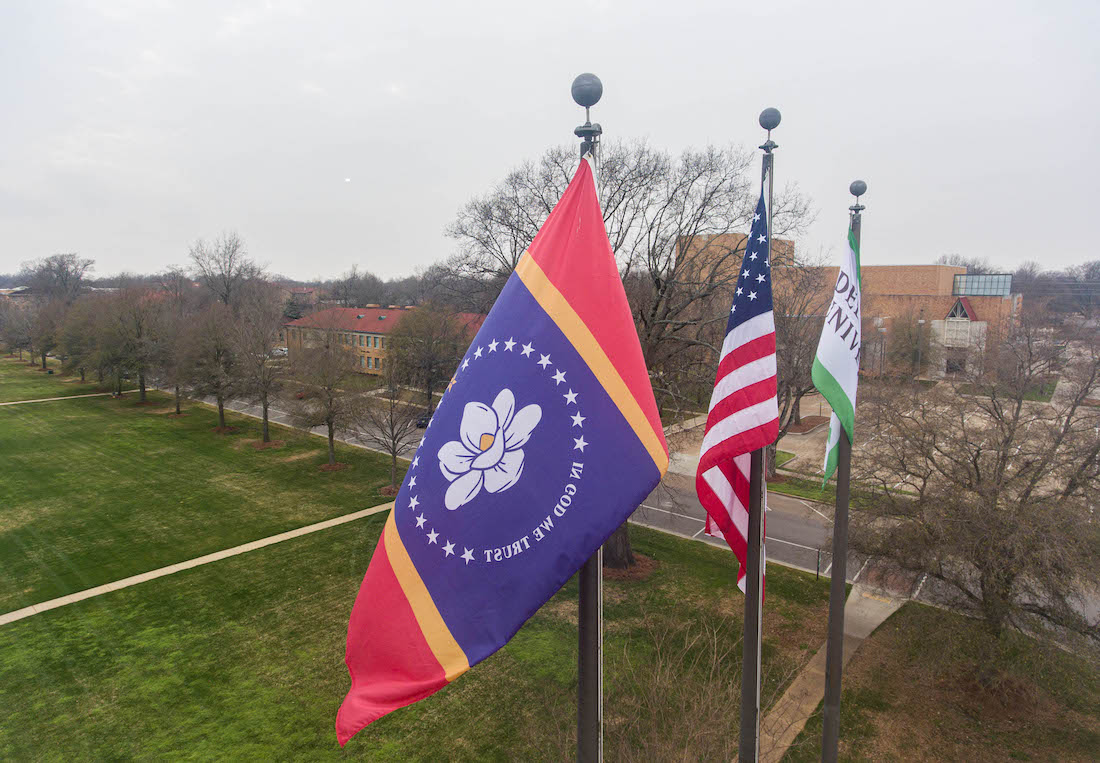 CLEVELAND, Miss.—In a recent report surveying free speech policies at higher education institutions nationwide, Delta State University was one of only 58 colleges and universities to earn the top ranking from the Foundation for Individuals Rights in Education (FIRE).

FIRE recently released its Spotlight on Speech Codes 2022 report, which analyzed the written policies at 481 of America’s top colleges and universities for their protection of free speech.

Delta State received the organization’s highest “green light” rating, indicating the school does not have any policies on the books that imperil free expression. Delta State ranks among the top 12.1% of institutions nationally.

“In words and actions, Delta State respects and embraces the ‘freedom principles’ of the First Amendment of the U.S. Constitution,” said Delta State President William N. LaForge. “Our students, faculty, and staff are encouraged to be open to all ideas and expressions as part of a thriving institution of higher learning.”

Published annually, the FIRE report lists schools as “red light,” “yellow light,” or “green light” institutions based on how much speech protected by the First Amendment their policies restrict in a number of categories, including protest, online speech, harassment and civility.

Based in Philadelphia, Pennsylvania, FIRE is a nonpartisan, nonprofit organization dedicated to defending and sustaining the individual rights of students and faculty members at America’s colleges and universities. These rights include freedom of speech, freedom of association, due process, legal equality, religious liberty and sanctity of conscience–the essential qualities of liberty.

For more on FIRE’s Spotlight on Speech Codes 2022, visit https://www.thefire.org/resources/spotlight/reports/spotlight-on-speech-codes-2022/.