By bdavisJanuary 24, 2022College of Arts and Sciences 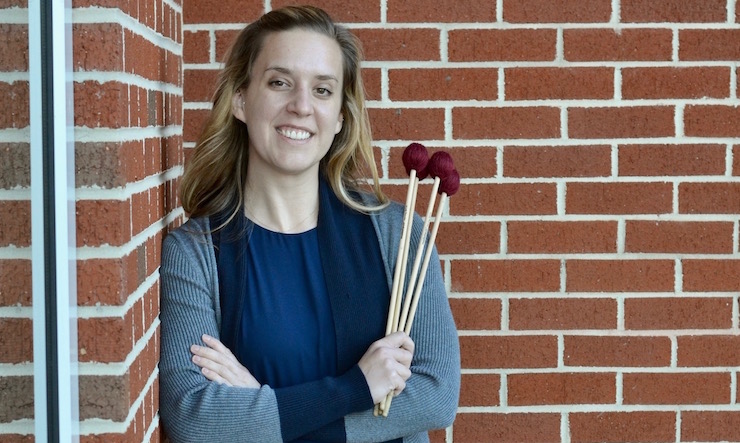 Jones will host a clinic for Delta State students on Thursday afternoon. Later that evening, she will perform a solo recital at 7:30 in the Recital Hall of the Bologna Performing Arts Center. The event is free and open to everyone.

Jones has an active career as both a performer and educator and is proud to be a Malletech Endorser. Currently, she is based out of Tennessee and teaches at Lee University and Southern Adventist University.

Jones has performed in a variety of musical settings, including recent seasons with the Augusta Symphony, Charleston Symphony and the South Carolina Philharmonic Orchestra.

As a soloist, Jones has presented recitals across the Southeast United States. In 2018, Jones was the marimba soloist for the American premiere of Roumen Boyadjieff, Jr.’s “Concerto for Marimba and Orchestra” with the Cleveland Orchestra of Tennessee.

In 2020, she gave the world premiere of “The Long Road,” a solo marimba piece by Andy Harnsberger, at Ouachita Baptist University, and later professionally recorded this work with GreenHaus Productions.

She has presented clinics on various topics, including health and wellness for musicians, and has presented at PAS Days of Percussion.

She performed at the Percussive Arts Society International Convention (PASIC) in 2019 and served as a front ensemble technician for the Sacramento Mandarins Drum and Bugle Corps in the 2020 season.