Despite Hardship, A Son Takes His Mother on a Bucket-List Adventure in “Duty Free” 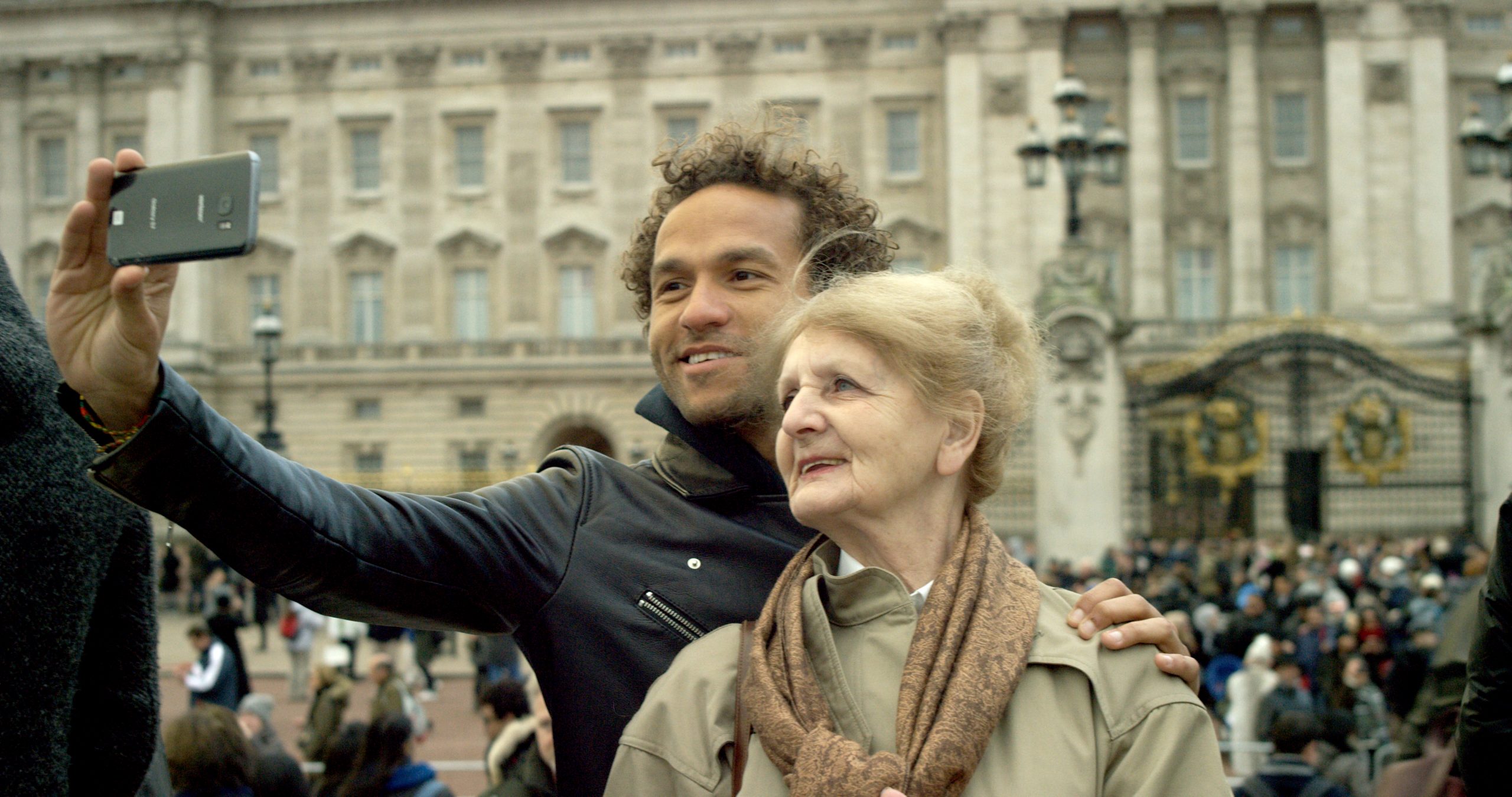 Cleveland, Miss.— Called “A tender love poem from son to mother” by CBS News, “Duty Free” examines ageism, the care crisis and economic insecurity in America. On Nov. 7 – 10, the Bologna Performing Arts Center will host an exclusive online screening of the documentary followed by a conversation with Director Sian-Pierre Regis who will discuss the film and the filmmaking process.

Rebecca worked and sacrificed for years to give her sons every opportunity. At the age of 75, she was fired without cause from her job as a hotel housekeeper and left with no means to support herself. As she struggled to find work, her son, Sian-Pierre Regis, documented a journey that uncovered the economic insecurity shaping not only her future, but that of an entire generation. But Rebecca is no frail granny ready to give up on life. At Regis’ urging, she made a bucket list that included expected items such as travel to exotic locations as well as the unexpected like “milk a cow” and “take a hip-hop lesson.” As their resulting adventures gained attention, Rebecca shared her message with the public. “You have one chance at life,” she says, “For God’s sake, live it the way that makes you comfortable. It doesn’t matter what anybody else thinks. This is your life.”

Sian-Pierre Regis is an award-winning journalist, on-camera personality and cultural critic with a love for both pop culture and social responsibility. He was a Firelight Media Fellow (2018-2020) and a Film Independent Documentary Fellow (2019). Regis has been a contributor for CNN, HLN, MTV and CBS, covering stories of youth political activism and pop culture.

“Duty Free” will be presented online and attendees can view it on demand any time between Nov.  7 – 10. Admission to the screening is FREE which includes a conversation with the filmmakers following the film. Tickets are available at https://watch.eventive.org/southerncircuit/play/611c101990e753032305d5c7.