In “Not Going Quietly,” not even terminal illness will stop Ady Barkan from assuring healthcare for others 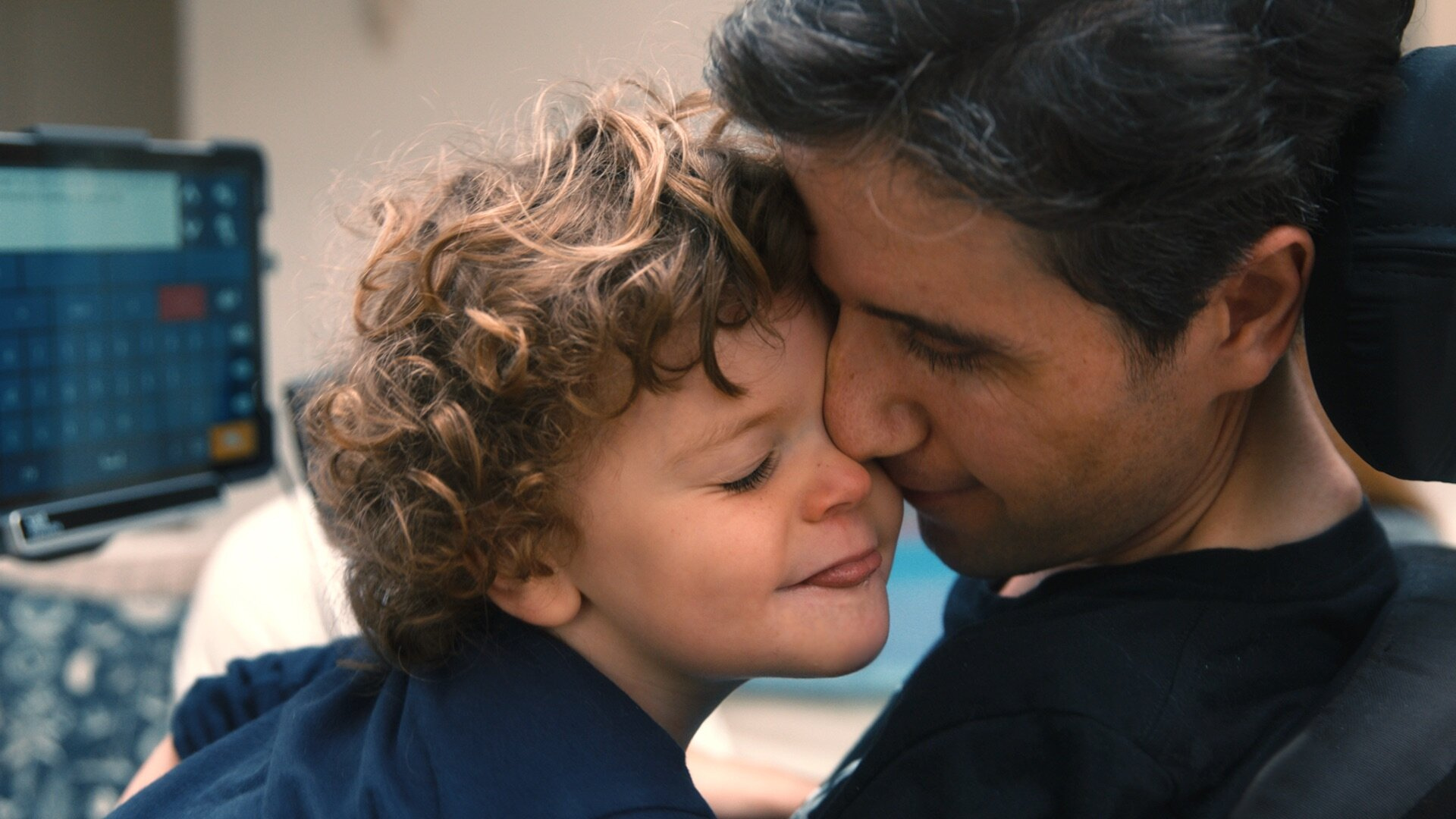 CLEVELAND, Miss—After a video of a confrontation with a U.S. senator went viral, Ady Barkan was more determined than ever to advocate for healthcare justice—even if it’s the last thing he does. On Oct. 10-13, the Bologna Performing Arts Center will host an exclusive online screening of the film “Not Going Quietly” which documents Barkan’s political activism after a diagnosis of amyotrophic lateral sclerosis (ALS). The film will be followed by a conversation with filmmakers Nicholas Bruckman and Amanda Roddy who will discuss their film and the filmmaking process.

A 33-year-old father battling ALS, also known as Lou Gehrig’s disease, Ady Barkan had a captive audience in Senator Jeff Flake on a flight to Phoenix in 2017. Concerned about the impact on healthcare of a tax bill about to go up for a vote, he asked Senator Flake, “What would you tell my son if you pass this bill and he cuts funding for disability and I can’t get a ventilator?” Barkan catapulted to national awareness after the confrontation but few know what happened following that event. “Not Going Quietly” earnestly documents Barkan’s tireless advocacy for healthcare reform as he comes to terms with his illness. A fascinating look into 21st Century activism, Barkin never loses his sense of purpose and continues to find a way to be effective despite his decreasing motor functions and losing the ability to speak.

Director Nicholas Bruckman previously produced the feature film Valley of Saints, which won the Audience Award at the Sundance Film Festival and was nominated for an Independent Spirit award in 2012. Bruckman’s work has received support from foundations including the Fledgling Fund, Cinereach, NYSCA, NYFA, and the Alfred P. Sloan Foundation. He is the founder of People’s Television, an original content company based in New York City and Washington, D.C.

Producer Amanda Roddy is an award-winning documentary filmmaker with People’s Television. She has led projects as a director, producer, and writer for clients such as the Democratic National Convention, Covergirl, Elizabeth Warren’s presidential Campaign, Equal Justice Works, The Nature Conservancy, and The Equity Fund. Her work has been supported by the International Documentary Association, Rooftop Films, Film Independent, IFP, and HBO.

“Not Going Quietly” will be presented online and attendees can view it on demand any time between Oct. 10-13. Admission to the screening is FREE which includes a conversation with the filmmakers following the film. Visit www.bolognapac.com for more details and to register for free.