By bdavisOctober 22, 2021College of Arts and Sciences, Press Releases 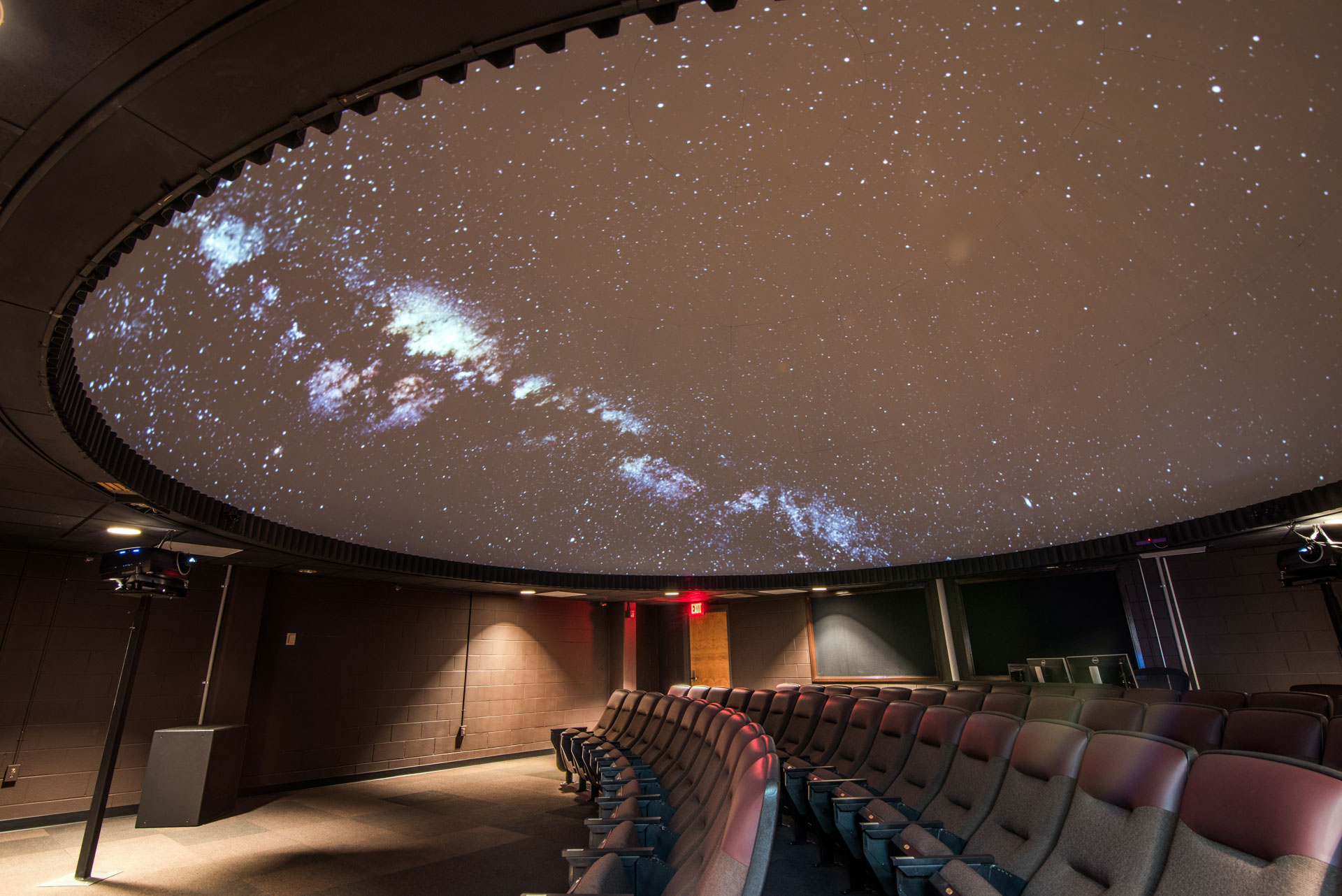 The Wiley Planetarium has joined almost 500 sites across the country in celebrating the launch of the James Webb Space Telescope, NASA’s next great space science observatory, by offering five free shows to the general public on Oct. 29 and Nov. 6.

“People of all ages and backgrounds will find inspiration in the Webb mission, which will fundamentally change our understanding of the universe for this generation and many to come.”

Webb is the largest and most complex space science telescope ever built – the premier observatory of the next decade. This international mission, led by NASA in partnership with the European and Canadian space agencies, will launch in December 2021.

The observatory will provide a new view of the cosmos and push the field of astronomy into a new era. The telescope will observe the universe in the infrared, peering inside dust clouds to study light from distant parts of the universe for the very first time—the first galaxies that formed about 13.5 billion years ago—and give us insight into how our universe formed.

It will also explore distant worlds in other solar systems, as well as objects in our own solar system. Webb will extend the scientific discoveries of other NASA missions like the Hubble Space Telescope, Chandra X-ray Observatory, and Transiting Exoplanet Survey Satellite.

The Wiley Planetarium will host five free public events, each consisting of a 30-minute star show followed by activities to learn more about the cutting-edge science made possible with the James Webb Space Telescope.

Attendees to the Oct. 29 show are invited to wear their Halloween costumes.

The first 40 attendees to each show will be admitted. No late admittance will be allowed.  In accordance with Delta State’s COVID protocol, masks are required.

Encore shows may be held if there is a high demand; an announcement will be made, if so.

To learn more about the Webb telescope or for additional information about Webb community events, visit www.webb.nasa.gov.

For a full schedule of events or to learn more about Delta State’s Wiley Planetarium, visit www.deltastate.edu/planetarium or contact Dr. Maria Weber at (662) 846-4478.