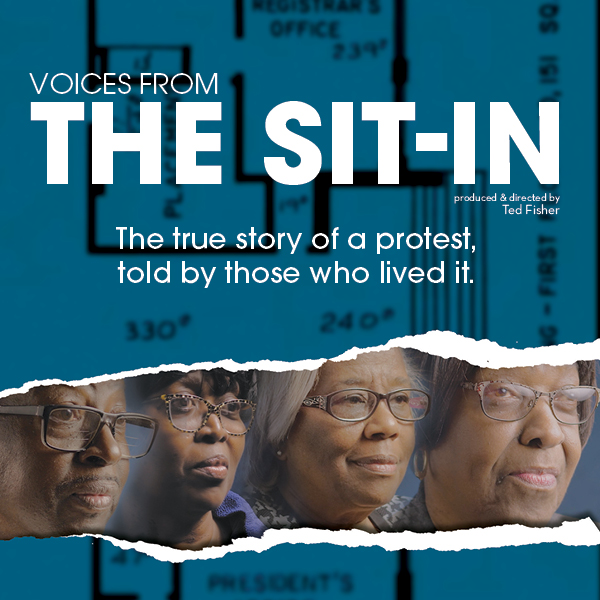 CLEVELAND, Miss.— On Monday, March 10, 1969, a courageous group of African American students staged a sit-in at Delta State University as part of mounting efforts to advocate for recognition, inclusion and fair treatment on campus. Now, they’re re-telling the story of the quickly escalating series of events that unfolded that historical day, in their own words, in the award-winning documentary, “Voices from the Sit-in” set to be screened for the first time on Delta State’s campus Oct. 4.

Filmed by current Delta State students, under the tutelage of Delta State Assistant Professor of Art Ted Fisher, at the Digital Media Arts Center at Delta State, this 27-minute documentary brings to life an important story through lived experiences recalled across five decades.

The campus and community are invited to the Delta & Pine Land Theatre, located in the Bologna Performing Arts Center on Delta State’s campus, from 6 to 8 p.m. Monday, Oct. 4, for the public screening, which will include special appearances by sit-in participants and film producers.

The event is free and open to the general public.

“This film provides a valuable snapshot into the thoughts, actions, and outcomes of the 1969 sit-in on campus by a courageous group of African American students,” said Delta State President William N. LaForge.

“It offers insight into those changing times and how Delta State has become a better university. It provides inspiration for us all to see the value of fostering racial understanding and harmony, and educational equity and opportunity, for all people as we build a better world together.”

According to Fisher, director and producer of the documentary, the oral histories are what sparked the initial interest in bringing the story to life on film.

“This is history that needed to be unburied,” said Fisher. “It was almost invisible before efforts with the oral history project, led by Dr. Arlene Sanders, Dr. Carrie Freshour, students Tyler Wells, Sykina Butts and others.”

Filming for the project began in the Fall of 2019 and progressed steadily until the on-set of the COVID-19 pandemic.

“Students were very excited to work on it, but we shifted to online classes and were in two different places suddenly,” said Fisher. “We also couldn’t interview in the studio and put sit-in participants, many of whom are in their 70s, at risk.”

Despite the challenges, Fisher said the end result is a film he and his students are proud to share.

“I couldn’t be more proud of the entire team at Delta State – alumni, students, faculty, retired employees, and staff – who have worked tirelessly, especially during an unprecedented pandemic, to create this film,” said Johansen.

“Most importantly, though, I appreciate the generosity of the 1969 sit-in participants who shared their stories with us. They are the heroes of this project, and they continue to be catalysts for change, inspiring the newest generation of young student leaders on our campus,” she added.