By bdavisSeptember 18, 2021College of Arts and Sciences 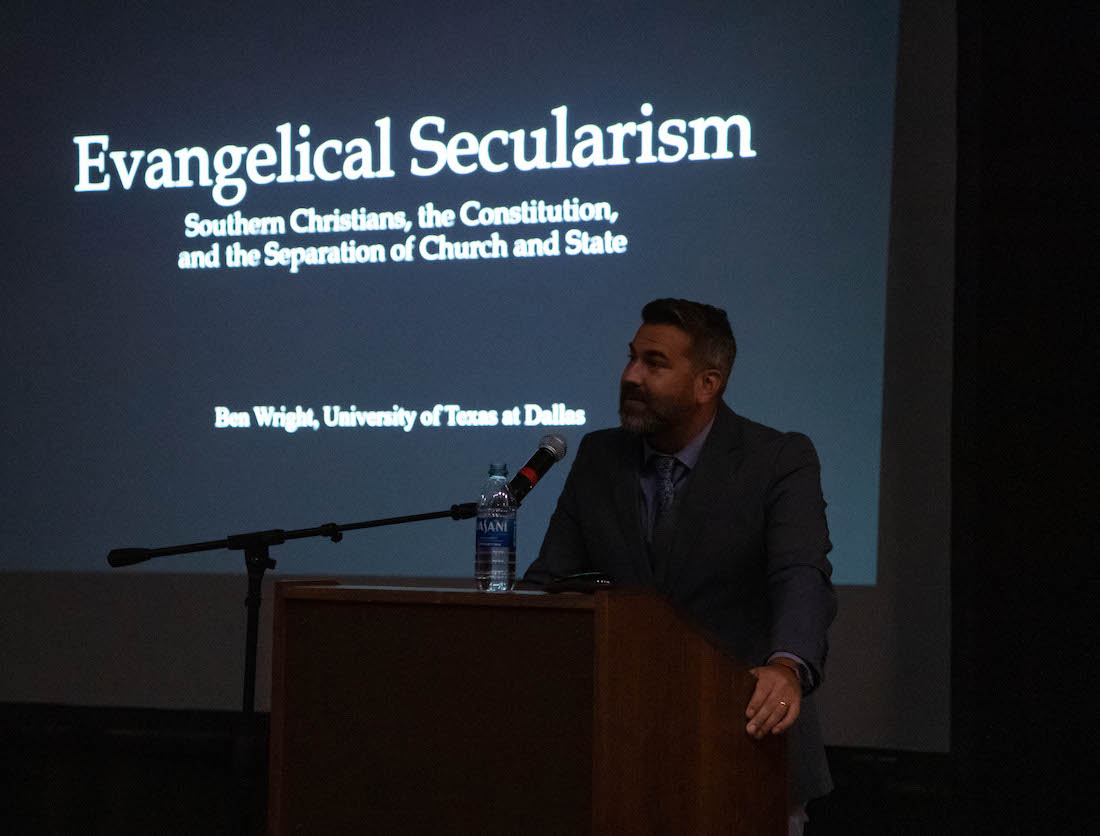 Students, faculty, staff and community members gathered in the Jobe Auditorium to hear Wright’s address, themed “Evangelical Secularism: Southern Christians, the Constitution, and the Separation of the Church and State.” The event was sponsored by Delta State’s Division of Social Sciences and History, and the Madison Center.

“As an institution of higher learning, we have a responsibility to have a deeper understanding of the constitution by providing programs like this to our students, faculty, staff and students,” said Dr. Charles Westmoreland, chair of the Social Sciences and History Departments, as he welcomed guests to the event.

Delta State President William N. LaForge re-emphasized the importance of the Constitution, referring to it as the “most legal source of law in the United States.”

Wright serves as the associate professor of Historical Studies at the University of Texas-Dallas. He is the author of “Bonds of Salvation: How Christianity Inspired and Limited American Abolitionism.” He also co-edited the textbook, “The American Yawp.”

During his lecture, Wright argued that the United States was founded as the first secular nation in the world because of “efforts of deeply religious Southern evangelical Baptists.” He then explained that Baptists in Virginia wanted secularism because they believed that their interpretation of the Gospel was true.

According to Wright, the Baptists feared that an external influence from politics and power would prevent their true interpretation from prevailing. For this reason, the Virginia Baptists wanted to ensure that a Bill of Rights was established to ensure that “religious liberty is . . . sufficiently secured”, said Wright. This encouraged James Madison to propose a series of amendments, known as the Bill of Rights.

He concluded by encouraging attendees to “remember the Baptists of Virginia” when discussing religion and America’s founding.

The event concluded with a question-and-answer session with audience members and Wright.

Constitution Day is observed annually on Sept.17 and is designed to commemorate the signing of the United States Constitution in Philadelphia on Sept. 17, 1787.

Delta State’s 2021 Constitution Week activities concluded on Sept. 17 with an open mic reading of the Constitution outside of the H.L. Nowell Student Union.

Click here to view a recording of the 2021 Constitution Week Lecture.