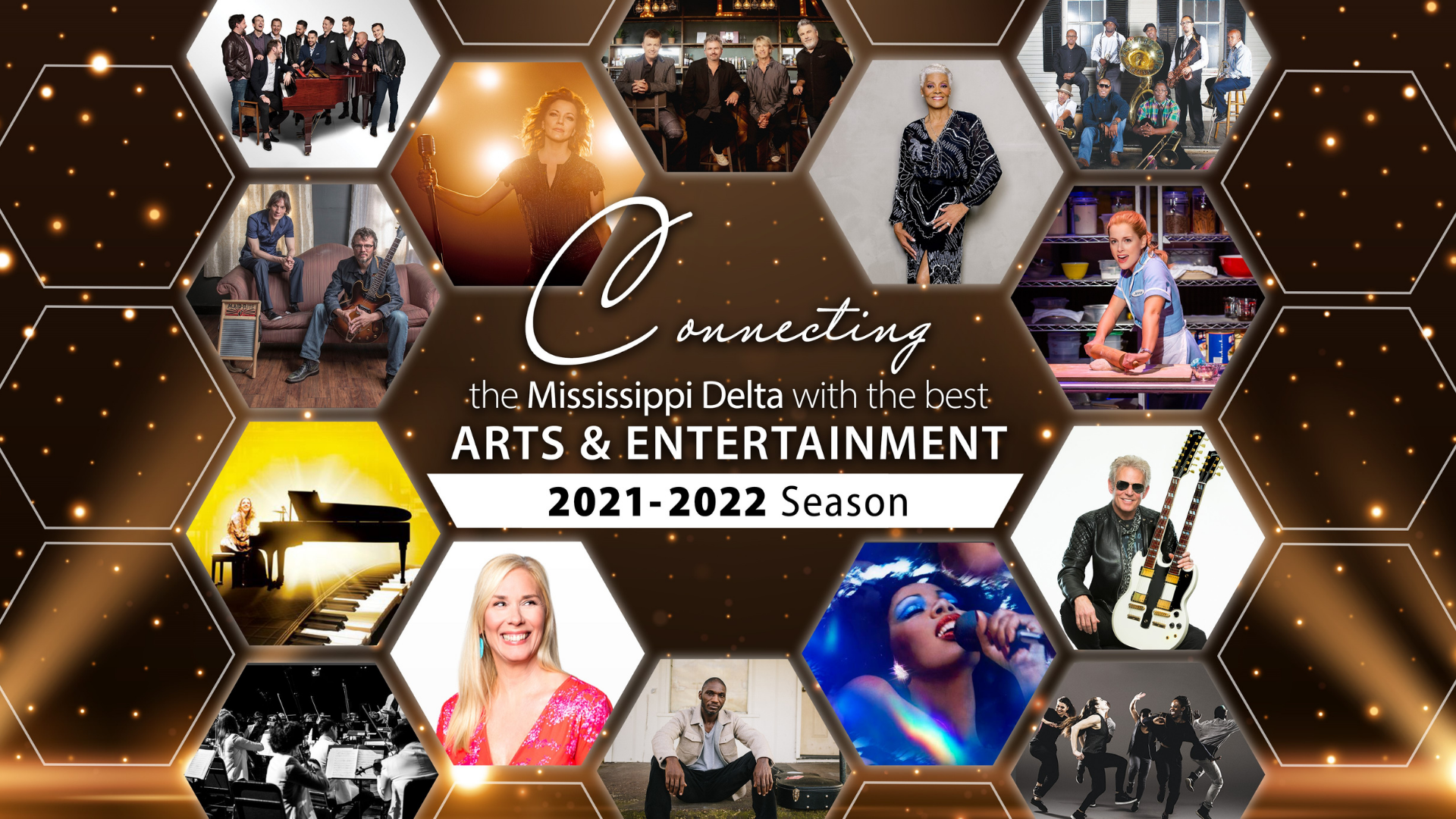 There are eleven new Main Stage performances, two season “extras” that have rolled over from Spring 2020, five matinee performances in the School-Time Series, plus plans to add additional performances spring 2022.

The Main Stage series feature evening performances open to the public, and the School-Time Matinee Series is for students and teachers. The BPAC will also host the third year of the Southern Circuit, featuring screenings of new independent documentaries.

Join the BPAC on Sept. 16 to kick off the 27th Season with the familiar and legendary voice of six-time GRAMMY Award winning music legend, DIONNE WARWICK, who has become a cornerstone of American pop music and culture, locally sponsored by WADE, Inc.

On Sept. 30, in conjunction with the International Conference on the Blues at DSU, the new “Shake & Holla” tour featuring North Mississippi Allstars and Rebirth Brass Band with special guest Cedric BurnsideCraig will stop in the Delta for one special night to explore the musical connection between the Mississippi Delta and Bourbon Street…right down Highway 61.

Multiple Grammy® nominee, Martina McBride who has sold over 20 million albums to date, will headline on Oct. 14, locally sponsored by Cannon Motors.

Legendary singer-songwriter and 1998 inductee into the Rock & Roll Hall of Fame with the Eagles, Don Felder, formerly of The Eagles, takes the stage on Oct. 28, locally sponsored by Needle Specialty.

The dynamic group Ephrat Asherie Dance will conduct a special residency, funded in part by a grant from South Arts and the National Endowment for the Arts (NEA), and culminating in a performance on Nov. 18.

From the producers of The Simon and Garfunkel story, The British Invasion – Live on Stage will showcase the music of the 1960’s and how it impacted the essence of pop culture, on Feb. 15.

On Feb. 28, open your hearts to The TEN Tenors because “Love is in the Air” when they sing some of the most love songs of all time.

On April 7, comedian Leanne Morgan, combines her southern charm and hilarious storytelling into an act that keeps audiences coming back.

Visit our website www.bolognapac.com for additional events throughout the 2021-2022 season.

Ephrat Asherie Dance will give a special matinee performance on Nov. 18, locally sponsored by Cotton House.

In 2022, Tortoise and the Hare: The Next Generation, a glow-in-the-dark adventure will take the stage on Feb. 4, locally sponsored by Entergy.

Watch Paddington Gets in a Jam, the famous, accident-prone bear as he takes to the stage March 23, locally sponsored by Cleveland State Bank.

The School-Time Matinee Series concludes on March 31, with Shaun Boothe: The Unauthorized Biography Series, which looks at the lives of Malala Yousafzai, Bob Marley and Oprah Winfrey, locally sponsored by Bayer.

Reservations for school groups are available now through the Arts Education office at (662) 846-4844, and scholarship tickets will be available through support from the Community Foundation of Northwest Mississippi and The King’s Daughters and Sons Circle Number 2.

To learn more information about all of the performances visit www.bolognapac.com, or contact the BPAC Ticket Office at (662) 846-4626.