By bdavisJune 24, 2021Alumni, Athletics, Delta State in the Media

CLEVELAND, Miss.—She is one of the greatest living women’s basketball players. Three national trophies. Scored the first basket in women’s Olympic basketball at the ‘76 Olympics. Drafted to the NBA. And she’s one of Delta State University’s own. 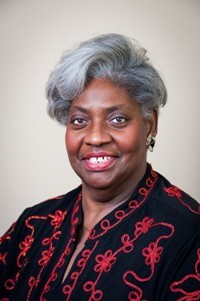 DSU alumna Lusia “Lucy” Harris ’77, ’84, ‘14 is the subject of “The Queen of Basketball,” a short documentary directed by award-winning filmmaker Ben Proudfoot.

The documentary gained national attention recently during a screening at the 20th annual Tribeca Festival, presented by AT&T, in New York.

A native of Minter City, Miss., Harris first attended Delta State during the mid-1970s, leading the women’s basketball team to three national titles from 1975-1977. She also scored the first basket in women’s Olympic basketball competition at the 1976 games in Montreal.

Even more, Harris became the first and only woman officially drafted by the NBA, when the New Orleans Jazz selected her in 1977.

“When I first googled Lucy’s name at the suggestion of a colleague and learned how she was the first and only woman officially drafted to the NBA, how she had scored the first basket in women’s Olympic history, and how, as a young Black woman from a tiny town and college in the Mississippi Delta, she led her team to three national titles in the mid-70s — I wondered how I had never heard of her, and where she was today,” said Proudfoot.

However, when Proudfoot met Harris at her home in Mississippi, it became evident that her story was much more than just a basketball story, and that Harris was far more than an elite athlete and pioneer, but a gifted and open storyteller with a clarion memory.

That meeting solidified Proudfoot’s interest in the project, which got off to a slow start as the team initially had trouble locating photos and film of Harris playing—that is until DSU Archivist Emily Jones saved the day.

“I walked into the Delta State University Archives to pick up a single reel of 16mm film, apparently the only remaining footage of the great Lucy Harris that they had. I was met by a friendly archivist (Emily Jones),” he shared. “As I was signing the paperwork to borrow the film so we could scan it, I offhandedly prodded, as a documentary filmmaker often does, ‘So this is all you have of Lucy, huh? No other photos or tapes or anything?’ The archivist cocked her head and her eyes showed confusion. ‘Uh, no, there’s more.’ My pen stopped involuntarily, and I turned my head. ‘Oh?’ I asked. ‘Yes,’ she said, ‘there’s a lot more.’”

From dozens of uncatalogued bankers boxes in the back corner of the DSU vault, Proudfoot’s team digitized nearly ten thousand film negatives and sixteen thousand feet of film, nothing short of a documentary treasure that had laid in waiting for nearly half a century.

The results: a visual legacy of Lusia “Lucy” Harris, as told from memory in her own voice, painting a portrait of one of the most important American athletes of the 20th century.

A graduate of Amanda Elzy High School in Greenwood, Miss., Harris received a Bachelor of Science in Education degree in health, physical education and recreation in 1977, a master’s degree in education in 1984 and an honorary doctorate degree in 2014—all from Delta State. 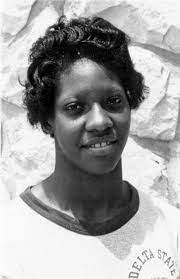 While Harris-Stewart proved her academic abilities in the classroom, her international distinction comes from her career accomplishments on the court. Considered one of the greatest centers to ever play women’s basketball, she was relentless and dominating in her style of play.

Harris-Stewart, along with Coach Margaret Wade, were named among the 26 inaugural inductees to the Women’s Basketball Hall of Fame in Knoxville, Tenn. Harris-Stewart and Wade were both formally inducted in the Class of 1999.
She has also been named to the International Women’s Sports Hall of Fame.

Preliminary plans are in the works to host a screening of “The Queen of Basketball” at Delta State.

Click HERE to watch the full trailer of the documentary.