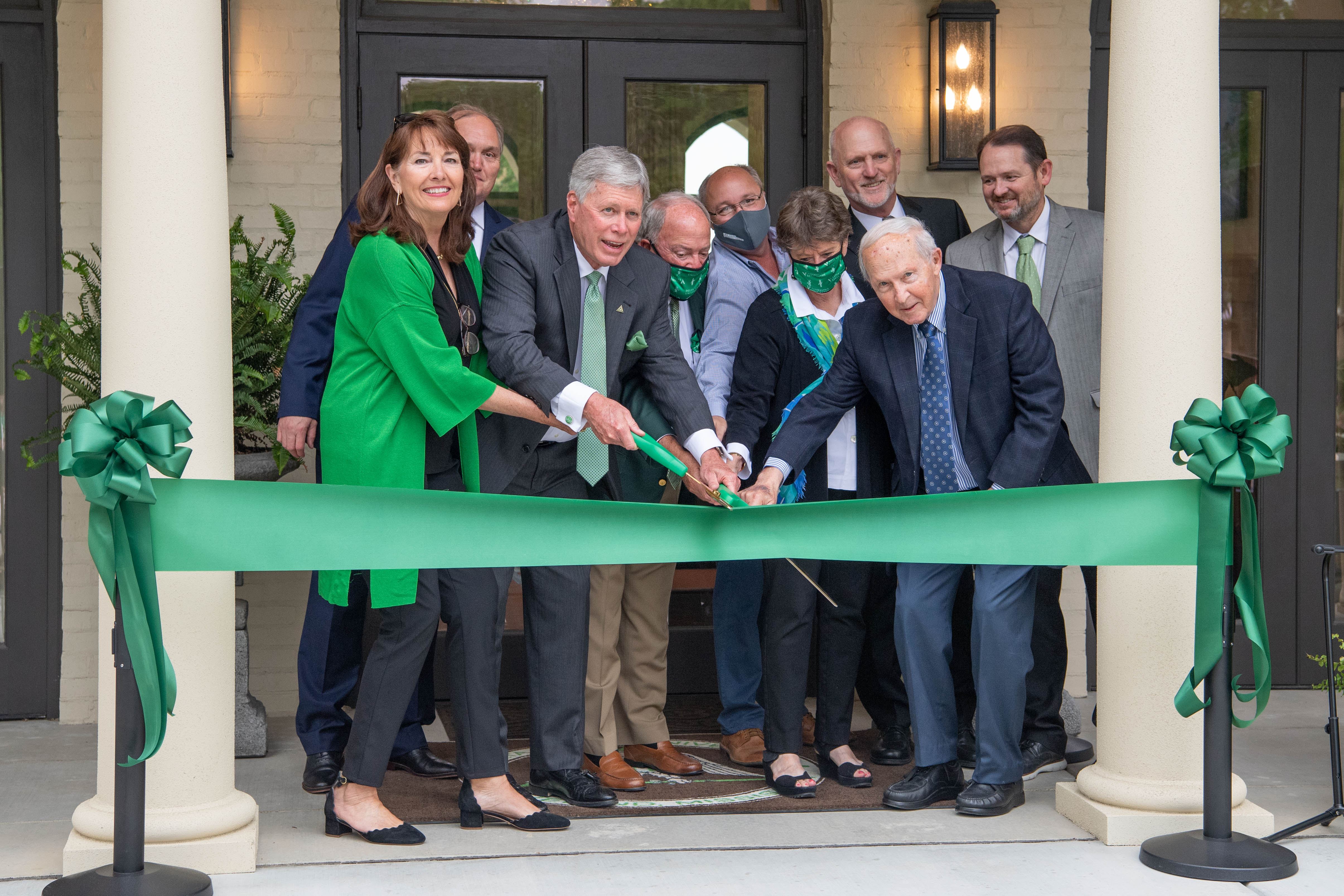 CLEVELAND, Miss.— From its initial conception to the final walk-through, Delta State University’s new President’s Home has been a team effort. The collaboration continued Tuesday afternoon as University and local community members joined together to formally celebrate DSU’s newest facility addition with a ribbon-cutting.

The event, hosted at the site of the house, began with a brief ceremony, which included a welcome from Laura Howell, executive director of the Bologna Performing Arts Center, and invocations from Reverends Kent Bowlds of Our Lady of Victories Catholic Church and James Breland, retired minister of DSU’s Baptist Student Union.

“We’re very grateful for everyone for coming today and supporting this project,” said President LaForge. “This is the University house; it is ‘the people’s home’. We’ll live here, our successors will live here, but forevermore this will be the place for the University to enjoy. To all the folks involved in any way in the planning and building of this home, we say thank you from the bottom of our hearts.”

Mrs. LaForge also expressed words of gratitude to attendees and supporters of the project.

“Thank you to all of you and to Delta State for giving us the opportunity to live in this home and be a part of the beginning of it,” she said. “It’s been an incredible experience.” 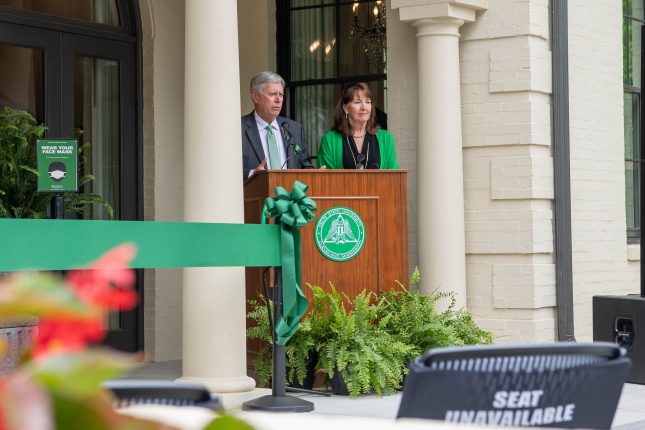 The festive atmosphere continued with a reception as guests enjoyed refreshments served on the back patio of the house, which featured a canopy tent for seating and live music by pianists Dr. James Robinson and Robin Webb.

DSU volunteers were also on-hand to provide attendees with guided tours of the entire house. As part of the tour, University representatives were stationed in each room, providing guests with a detailed description of the room’s use as well as information about the featured artwork. 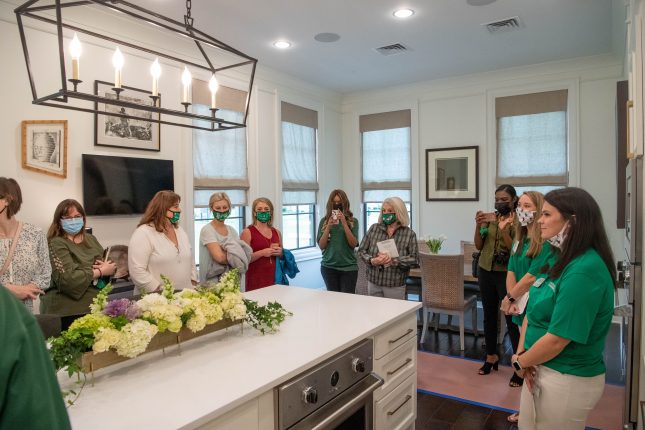 According to Rutledge, the project was initiated due to the need and vision of a new home for the University president.

The two-story structure, designed by Eley/Barkley Engineering and Architecture, mimics the Italian architectural language found throughout Delta State’s campus and is situated in the exact location of the former President’s Home.

The lead contractor for the project was Roy Collins Construction and the interior design was completed by Nancy Price Interior Designs.

The new Delta State President’s Home features a unique design combining the environment of a personal residence with the versatility of a public event space.

With over 6,000 square-feet, five bedrooms, the house is anchored by a centralized great room that will be utilized for public and private events. 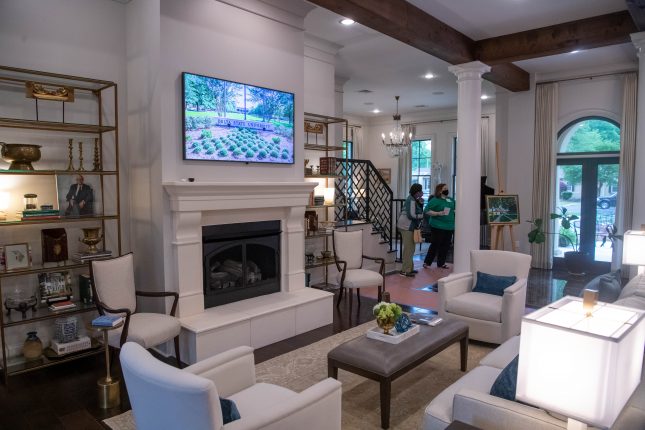 DSU’s new President’s Home is anchored by a centralized great room that will be utilized for the public and private events.

“The design accommodated the current president and his family, as well as future incoming University presidents, thus positioning the University for sustainable flexibility,” explained Rutledge.

Custom artwork is displayed throughout the home, with many of the pieces supplied by the DSU Art Department, which has one of the largest and most recognizable collections in the South East.

According to Rutledge, more than 20 local and regional subcontractors and vendors were utilized to complete the project.

“President LaForge stressed to our contractor, Chris Collins, the importance of using local sub-contractors and vendors as often as possible on the project,” said Rutledge, “Chris made every effort to meet this request.”

Special thanks were also extended to Delta State’s Offices of Information Technology and Facilities Management for their input in every aspect of the construction.

See more photos from the ribbon-cutting ceremony below: 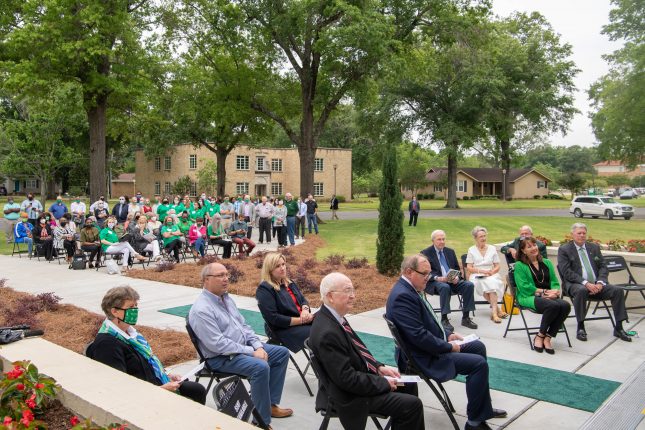 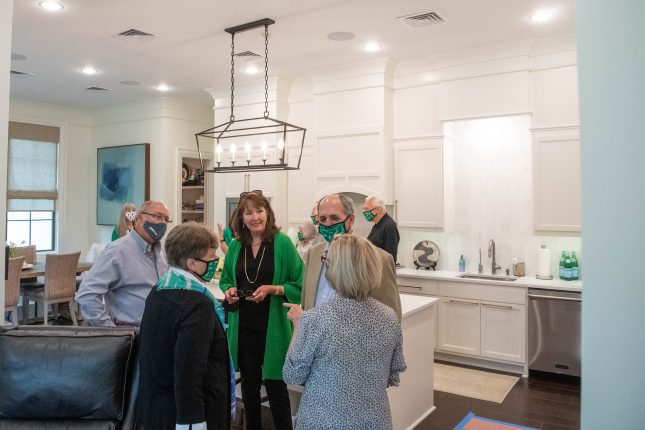 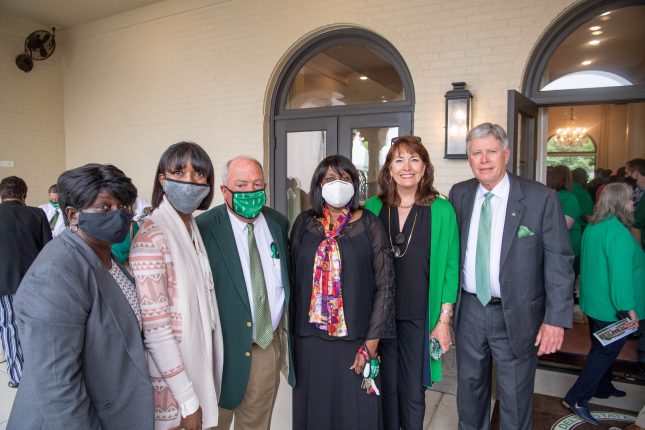 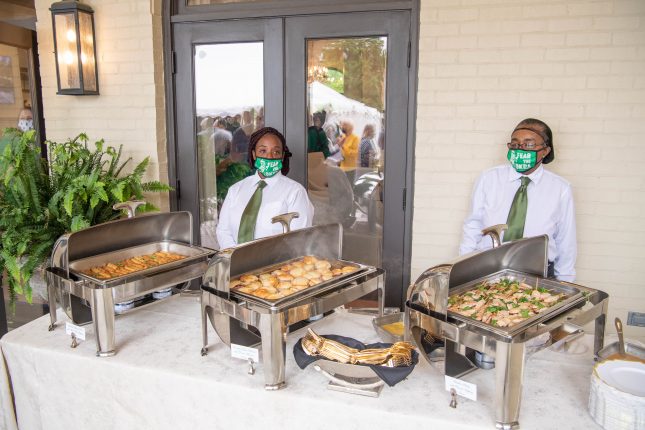 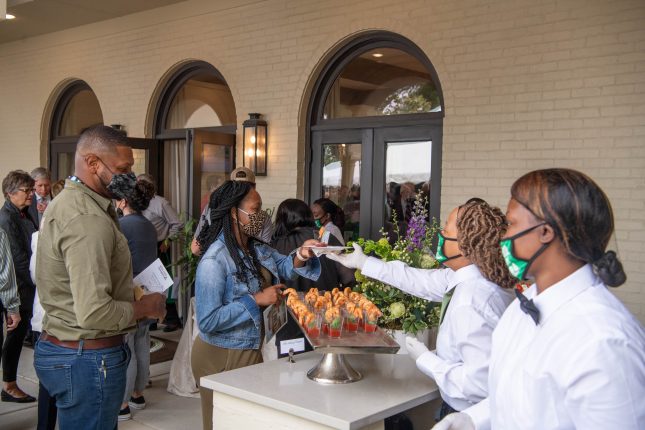