The Allman Betts Band performs at the BPAC 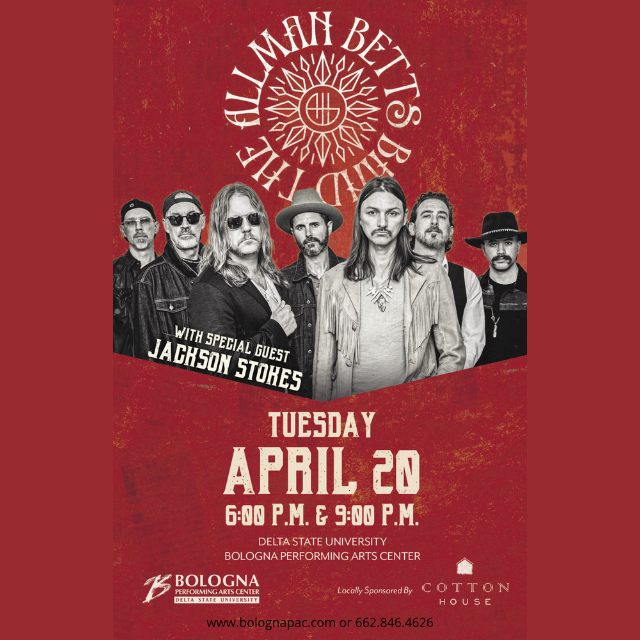 The show is locally sponsored by the Cotton House. Tickets are on sale at the BPAC Ticket Office, by phone (662) 846-4626, or online www.bolognapac.com.

The show features original music from their two recent BMG albums, songs from their solo projects as well as classic songs by The Allman Brothers Band, the legendary group founded by Devon and Duane’s fathers, Gregg Allman & Dickey Betts.

“I think we definitely challenged ourselves, pushed ourselves artistically, and widened the spectrum on all levels. We wanted something that was a little more sweeping. A deeper experience,” says Betts. Says Allman, “I hope what people hear on Bless Your Heart is a band that’s having a love affair with being a band.”

“This is The Allman Betts Band’s best offering yet, showcasing a band still tethered to their legacy but finding their own way with a sound that honors their roots without stepping all over them.” – No Depression

Tickets to see The Allman Betts Band are now on sale at www.bolognapac.com or at the BPAC Ticket Office at 662.846.4626. There are two socially distanced concerts with 50% seating capacity at 6:00 p.m. and 9:00 p.m. Masks to be worn at all times at the request of the Artist and as required by Delta State University.