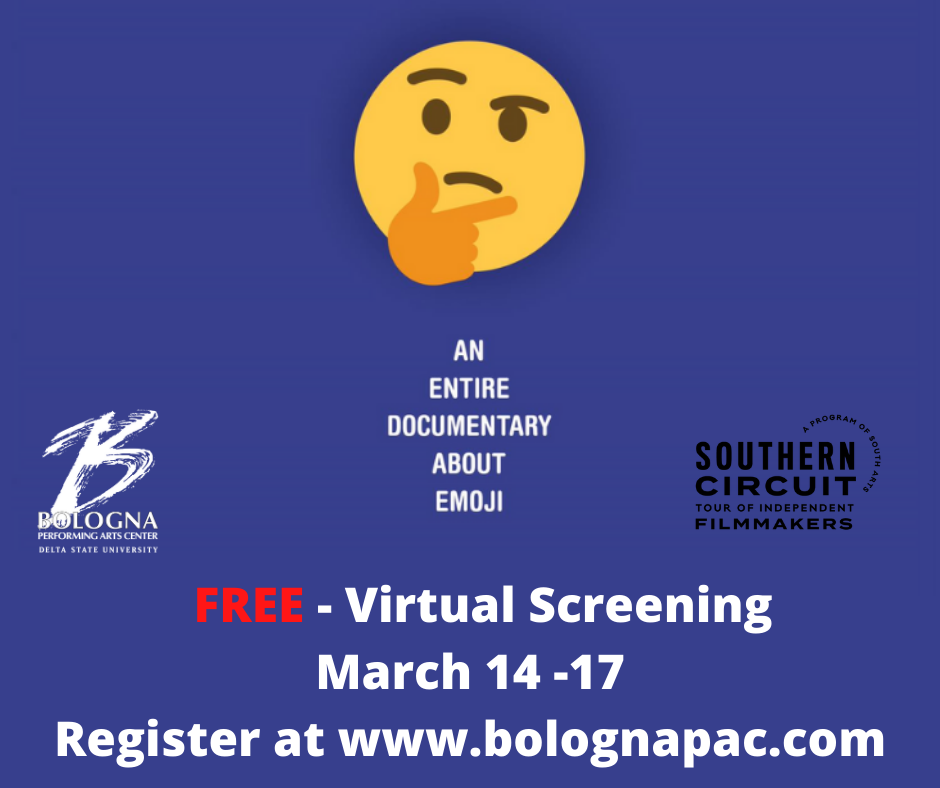 The Bologna Performing Arts Center (BPAC) is proud to present PICTURE CHARACTER, as a free virtual screening that will be available for a four-day viewing period: March 4-17. Once the film is unlocked, viewers will have 24 hours to finish watching their film.

“We are pleased to offer extended viewing periods for the Southern Circuit documentaries this spring. The films explore a variety of topics, and we think our community will find them informing” said Laura Howell, Executive Director of the BPAC.

Please visit www.bolognapac.com for more details and to register for free.

PICTURE CHARACTER is an Emoji Documentary. The rapid rise of emoji (Japanese for “picture character”) is a global phenomenon without precedent. Their widespread use and ability to convey complex messages have not only cemented emoji’s place as an emerging digital language, but prompted difficult questions about the creation of a language and digital communication’s fraught ties to identity and inclusion.

In PICTURE CHARACTER, Directors Martha Shane and Ian Cheney lead viewers on a deep dive into the ever-evolving world of picture characters, from their humble beginnings in Japan to mobile keyboards the world over, and shed fresh light on the private consortium that approves new emoji offerings and the individuals fighting to make the language more representative of its billions of users. The screening will be followed by a prerecorded conversation with Co-directors Ian Cheney & Martha Shane.

The last free screening that is part of the Southern Circuit Tour of Independent Filmmakers will be Narrowsburg April 11 – 14, 2021.Ten years in the making, Narrowsburg catches up with the couple behind the scheme to turn a tinny town into the “Sundance of the East” and its residents who have had to come to terms with falling victim to the allure and romance of filmmaking. The screening will be followed by a pre-recorded conversation with Director, Producer Martha Shane.