Individuals from across the nation tuned in live via Zoom and Facebook for the award-winning conference on race relations.

According to organizers, this year’s theme, “Make the Invisible, Visible” reflected efforts to understand persistent systemic challenges and cultural norms that create breeding grounds for stereotypes, intolerance, racist hate and global injustices for people of color across the United States, the State of Mississippi, and the Mississippi Delta. 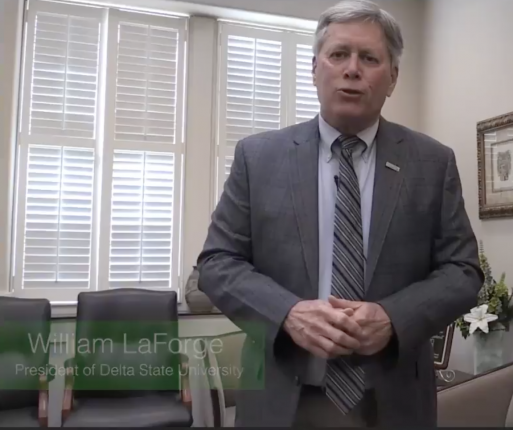 “Where better to have this conversation than on a university campus, where we’re free to express ourselves, where we have the academic background to inform our discussions and where we bring resources together,” said DSU President William N. LaForge, who spearheaded the first conference in 2014.

“This is also a great opportunity to showcase our students who are very much engaged in discussing these very important issues,” he added.

Honored during this year’s ceremony was activist and author Hollis Watkins, as well as participants in the 1969 Sit-ins at Delta State.

Monday’s conference events were highlighted by a keynote address delivered by L.A. Times best-selling author, journalist and lecturer Lawrence Ross, who examined racism on college campuses during his lecture entitled, “Blackballed: The Black and The Politics of Race on America’s Campus.” 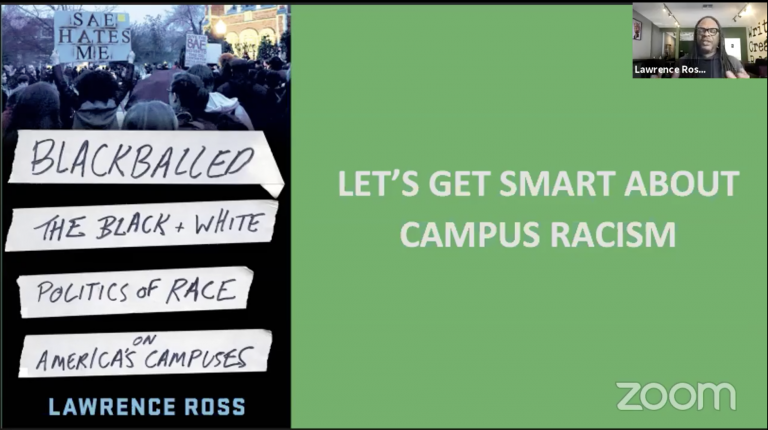 Lawrence Ross as he delivers the 2021 keynote address.

Presenting numerous recent incidents of racism on college campuses across the nation, Ross drove his message home that the race to racial equity is not over and will require input from everyone.

“You have to be anti-racist, which means you have to be intolerant of a society where racism exists and thrives,” he said. “You have to say to yourself, ‘I’m going to take action.’ This means you’re going to take positive action—it doesn’t mean that everything that you do is going to be perfect, but that you’re moving in the direction of justice for people based upon those inequities.”

The conversation continued Monday afternoon during the President’s Roundtable which explored the 1969 sit-ins at Delta State and examined the University’s culture and students’ voices both then and now. 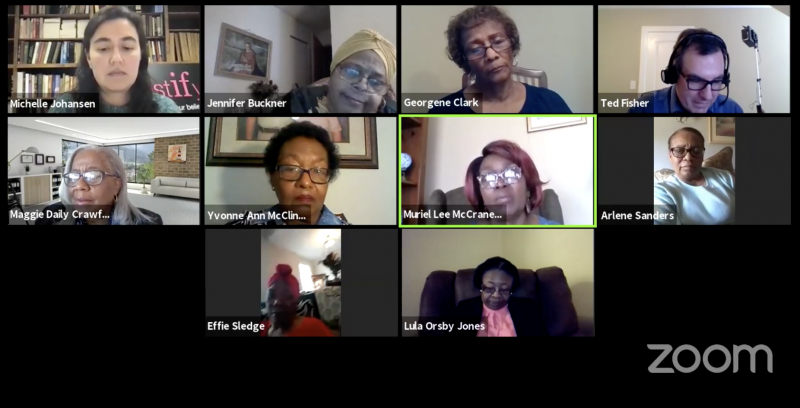 Participants in Delta State’s 1969 sit-ins were featured during the President’s Roundtable event.

Tuesday’s event commenced with Faculty Forums during which faculty and students from Delta State’s Colleges and School of Nursing explored issues of racial equity and social justice within their respective disciplines as well as areas of needed advocacy.

The Winning the Race Ambassadors then hosted a panel discussion with University and local law enforcement members on ways to improve community and police relations.

The day climaxed with a Closing Celebration and Awards Ceremony. 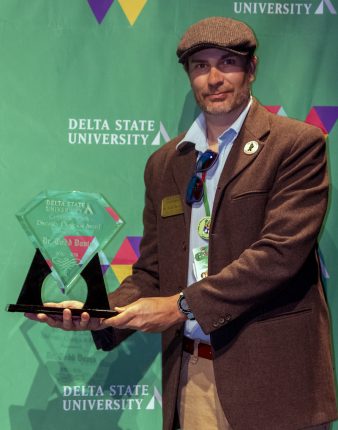 The People’s Choice Award was bestowed to Hannah Bell, and the winner of the Virtual High School Poetry Slam was Elyssia Jones.

Also honored during the ceremony was the 2021 Conference Chair Dr. Temika Simmons for her work in organizing and supporting the conference over the years. The 2022 conference will be chaired by Dr. Natasha Barnes, assistant professor for Counselor Education at Delta State.

“For the past seven years, this conference has not only been a dialogue focused on Delta State or focused on racial healing but has also been a reflection of the work of our faculty, staff, students and administrators on the fight for racial equity and social justice,” said Simmons.

“Thank you to the many individuals who help to make this conference possible each year. Special thanks to President LaForge, the conference planning committee and the many departments across campus who work their magic to make this happen every year.”