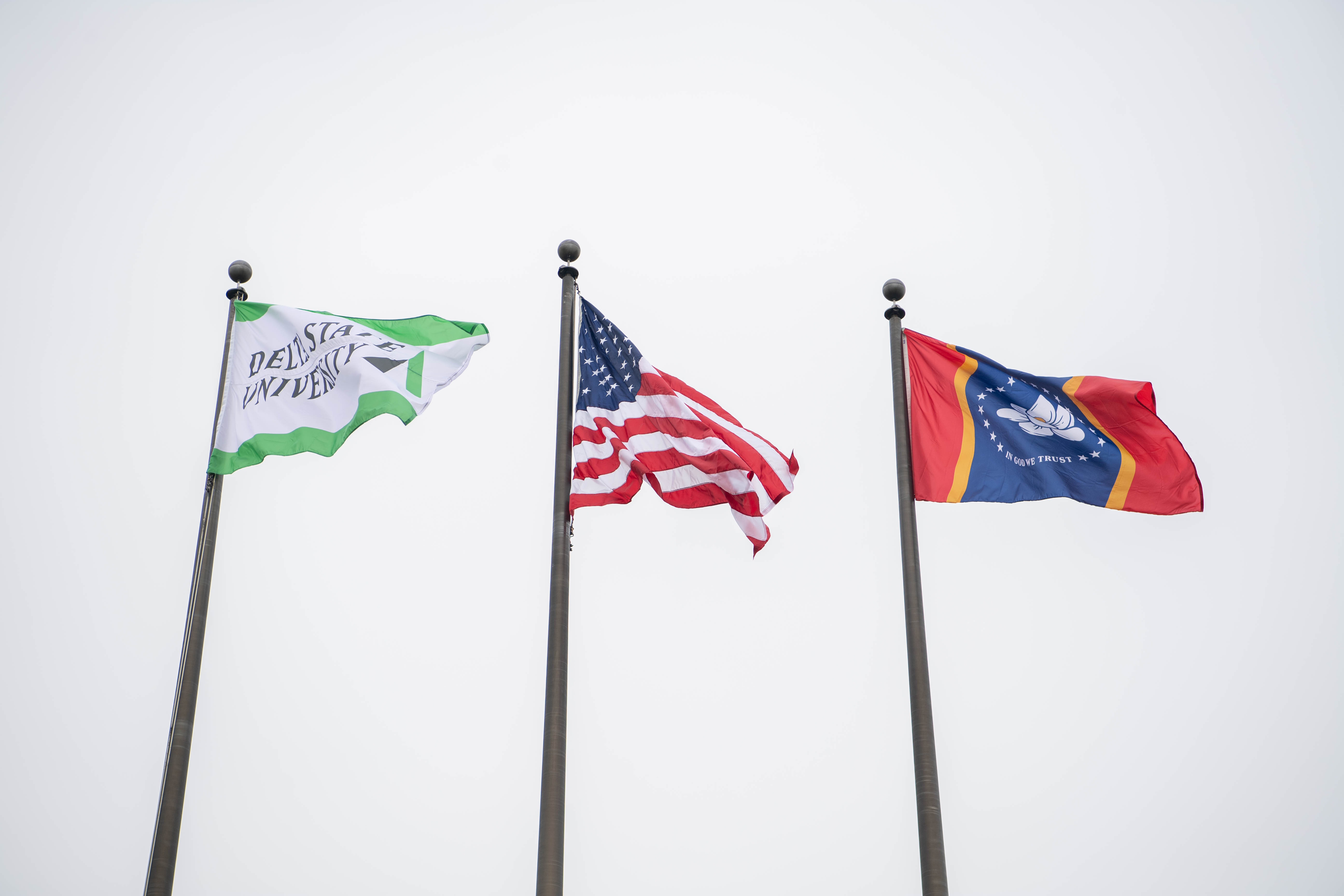 CLEVELAND, Miss.—The new Mississippi state flag “rippled with hope” as it flapped vigorously in the wind upon joining the trio of flags located on the campus of Delta State University Wednesday afternoon.

DSU students, faculty, staff and community members congregated at DSU’s flag plaza for the history-making event to witness the new flag, approved by state referendum on Nov. 3, 2020, ascend on DSU’s campus for the first time.

“The new Mississippi state flag represents us all,” said Delta State President William N. LaForge to those in attendance. “It is a flag of unity. It is a symbol of what Mississippi can be and will be. It is a banner and a symbol for all of us that allows us to share our pride, our faith, and our hope in our state as we look to build a better Mississippi.” 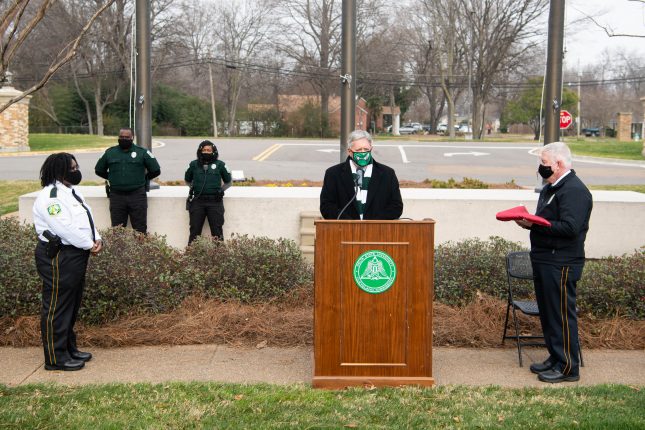 “The adoption of this new flag shows that Mississippi is ready to embrace the unknown that is the future of our state, and we’re prepared to meet the challenges of the future as one Mississippi,” he added. 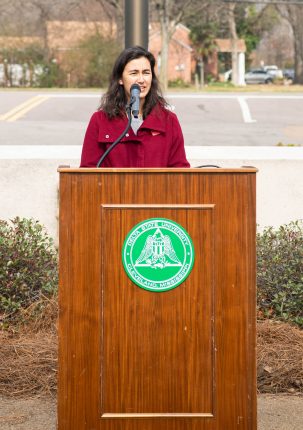 “His long illustrious career as a civil rights leader, community activist and champion of the Delta ended with his death in 1997,” she said. “However, like those before him and others after him, he did not give up.

“Thanks to their collective efforts; thanks to those who organized and mobilized and marched and created bigger and bigger spaces for people to join in this movement, we now have a new flag.”

As Johansen pointed out, the new design includes a gold star— an important symbol for indigenous peoples. In addition, the magnolia design featured in the center of the flag was envisioned by a woman, Sue Anna Joe, with Mississippi Delta Chinese roots in Greenwood, Miss.

The flag’s final design was approved by a multi-racial, multi-ethnic committee—including the first African American Mississippi Supreme Court Justice—and was voted on by the people of Mississippi and ratified by the state legislature, 33 years after Henry first introduced the bill.

Quoting Senator Robert F. Kennedy in his 1966 speech delivered at Cape Town, South Africa, Johansen stated, “It is from numberless diverse acts of courage such as these that the belief that human history is thus shaped. Each time a man stands up for an ideal or acts to improve the lot of others or strikes out against injustice, he sends forth a tiny ripple of hope, and crossing each other from a million different centers of energy and daring, those ripples build a current that can sweep down the mightiest wall of oppression and resistance.”

“And while we still have more work to do, we know that our actions can make differences.” 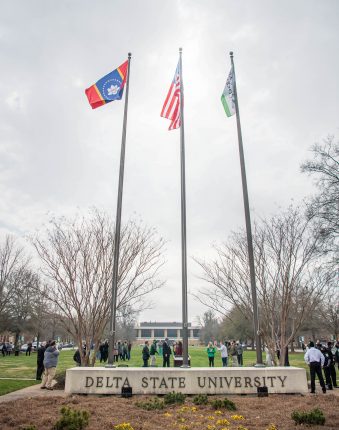