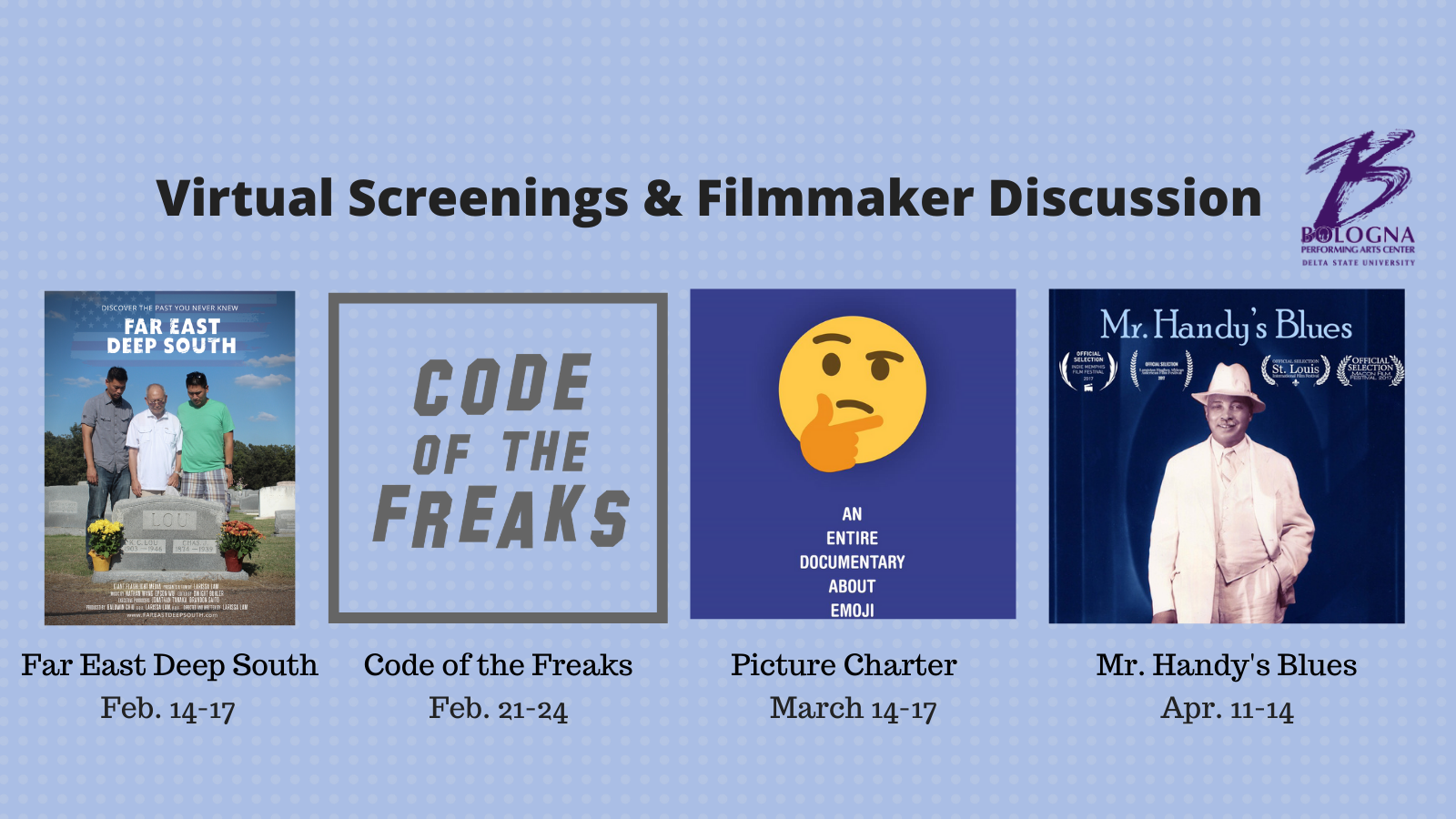 Southern Circuit brings the best of independent documentary film to communities across the South. For the second year, the Bologna Performing Arts Center (BPAC) is pleased to be screening the 2020-2021 Southern Circuit films this season.

Southern Circuit screenings are funded in part by a grant from South Arts, a regional arts organization, in partnership with the National Endowment for the Arts.

From February through April, the BPAC will present four films and filmmakers. Along with a screening of the film, the filmmakers will engage in a pre-recorded conversation commenting on the film, its subject, and their work.

To prioritize the well being and flexibility of filmmakers, and audiences during the COVID-19 pandemic, the 2020-2021 Southern Circuit season will feature online screenings that will be available for a four-day viewing period. Once films are unlocked, viewers will have 24 hours to finish watching their film. Please visit www.bolognapac.com for more details and to register for free.

Code of the Freaks will screen from February 21 – 24. This feature-length documentary is a radical reframing of the use of disabled characters in film. Named after a line from Tod Browning’s 1932 classic Freaks, Code of the Freaks counters these formulaic entertainments with a powerful corrective: it dares to imagine a cinematic landscape that takes disabled people seriously.

Available from March 14 – 17, PICTURE CHARACTER depicts the rapid rise of emoji (Japanese for “picture character”). Its directors lead viewers on a deep dive into the ever evolving world of picture characters, from their humble beginnings in Japan to mobile keyboards the world over. It sheds fresh light on the private consortium that approves new emoji offerings and the individuals fighting to make the language more representative of its billions of users.