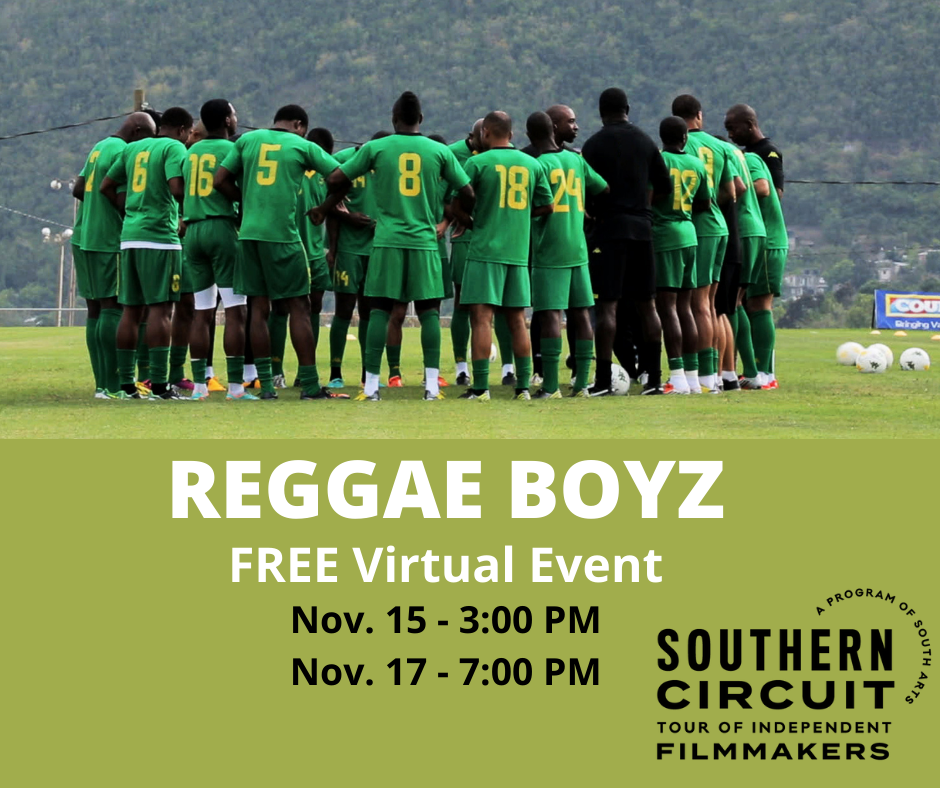 The public is invited to screen the event virtually on Sunday, November 15, 2020 at 3:00 pm. and Tuesday, November 17, 2020 at 7:00 pm. Free registration for the virtual screenings are available on the BPACwebsite www.bolognapac.com.

Plagued with one of the highest murder rates in the world, Jamaica tries to reinvigorate its populace by qualifying their national soccer team – the “Reggae Boyz” – for the 2014 World Cup. When their efforts start to fall short, Winnie Schäfer, a colorful German coach, enters the scene and forms an unlikely alliance with a Rastafarian factory worker and legendary reggae musicians to unite Jamaica beyond the soccer pitch. Reggae Boyz uses pop cultures’ most transcendent forces – sports and music – to delve into the heart and soul of Jamaica.

Registration for the virtual screenings are FREE which includes a Q&A with the filmmakers following the film. Registration is available at www.bolognapac.com. For questions, contact the BPAC Ticket Office at 662-846-4625.