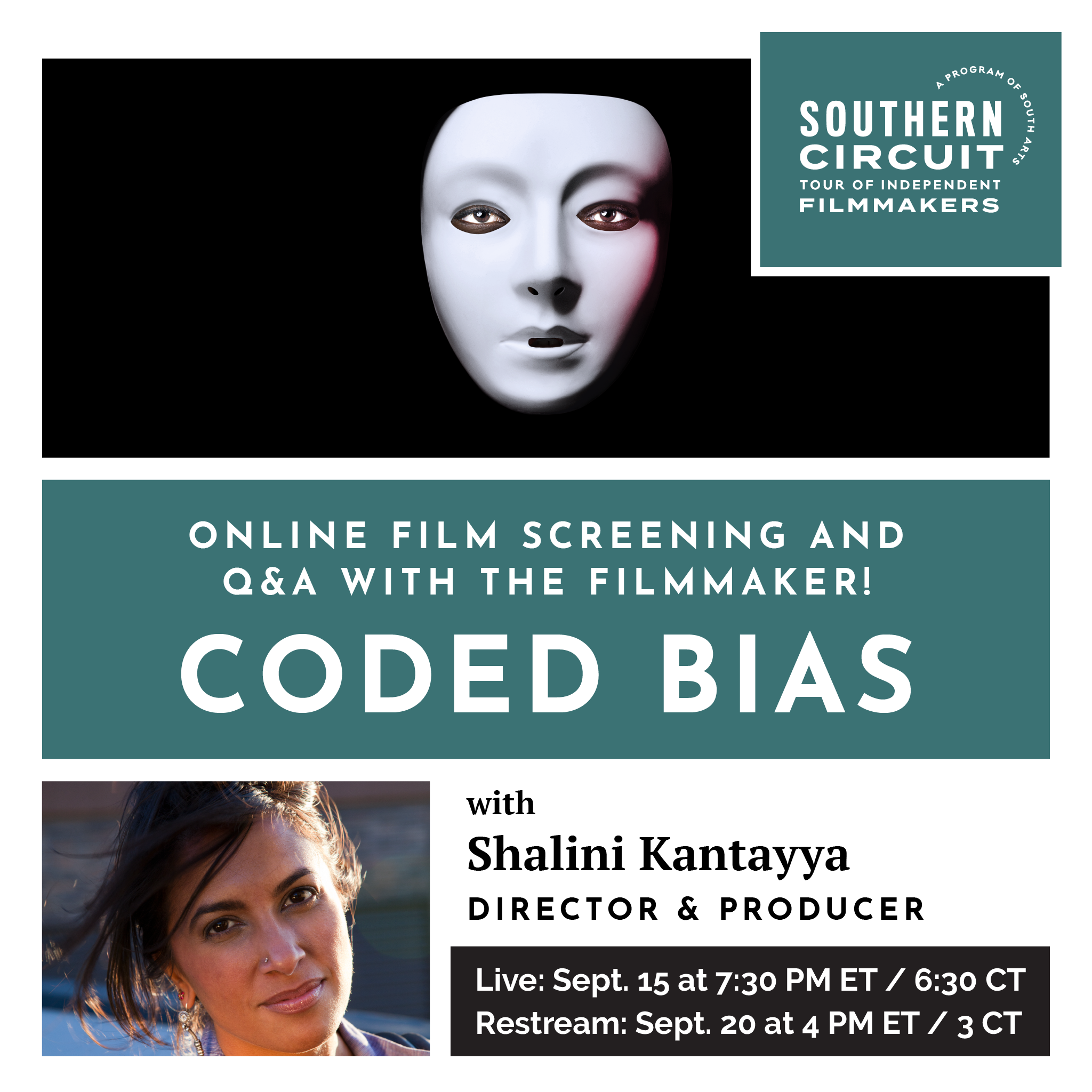 The Bologna Performing Arts Center (BPAC) is proud to present Coded Bias, Tuesday, Sept. 15, at 6:30 p.m. Admission is free. There are two ways to watch the film: on the big screen at the BPAC or stream it live from your home (register for free at https://bolognacenter.eventive.org/films).

Modern society sits at the intersection of two crucial questions: What does it mean when artificial intelligence (AI) increasingly governs our liberties? And what are the consequences for the people AI is biased against? As it turns out, artificial intelligence is not neutral, and women are leading the charge to ensure our civil rights are protected. The screening of Coded Bias will be followed by a moderated Q&A with director Shalini Kantayya.

The next free screening that is part of the Southern Circuit Tour of Independent Filmmakers will be Picture a Scientist on October 20, 2020. Picture a Scientist, chronicles the groundswell of researchers who are writing a new chapter for women scientists. Along the way, from cramped laboratories to spectacular field stations, we encounter scientific luminaries – including social scientists, neuroscientists, and psychologists – who provide new perspectives on how to make science itself more diverse, equitable, and open to all.

All films will be followed by a Q&A with the filmmakers. Admission is free to all Southern Circuit films. Visit our website www.bolognapac.com for additional information about these and other performances or contact the BPAC Ticket Office at 662-846-4626.