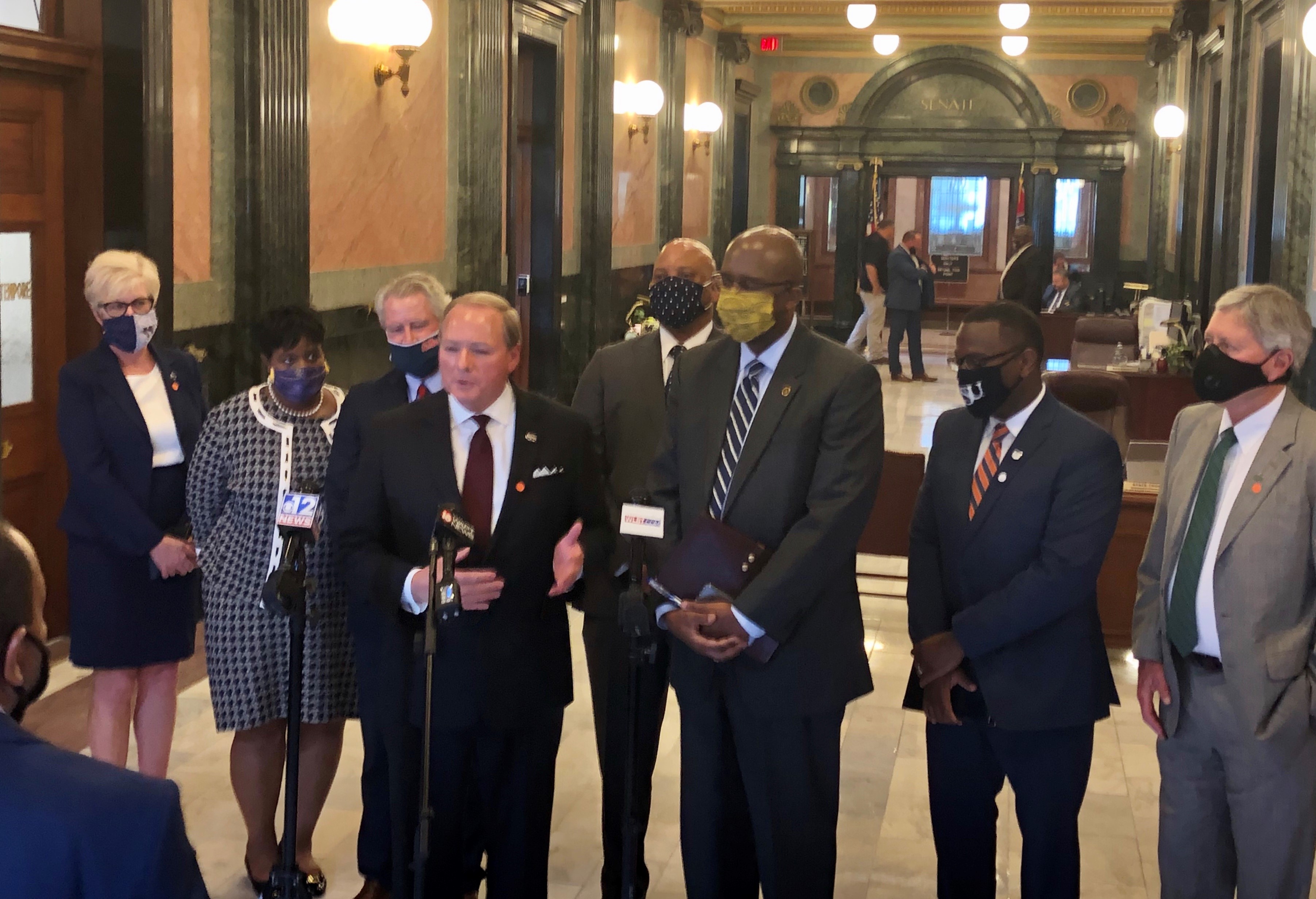 Delta State University President William N. LaForge joined the other leaders from the State of Mississippi’s eight public universities at the State Capitol on June 24, 2020, to urge that the state flag be changed because of its Confederate elements.

President LaForge, his counterparts, and Dr. Al Rankins Jr., commissioner of the Mississippi Institutions of Higher Learning, participated in closed-door meetings with the speaker of the house and the lieutenant governor to explain why the legislature should take the initiative and redo the flag. Gov. Tate Reeves contends that this can only happen by a vote of the people.

“We appreciate that the Mississippi legislature is considering this matter with the scrupulous and urgent attention it deserves,” said President LaForge. “In our private talks with Speaker Philip Gunn and Lt. Gov. Delbert Hosemann, my fellow higher education executives and I stood united that this change should happen for several compelling and mindful reasons. Bottom line, as I tweeted yesterday, it’s the smart and right thing to do. We took it down from our campuses, and the state should follow suit.”

In November 2016, President LaForge lowered the state flag on campus and retired it to Delta State’s archives. He wrote at the time that, “in the absence of state action, we are making a decision that I believe is right and just on all levels. … The objectionable portion of the state flag—the stars and bars—presents a polarizing symbol that is a barrier to progress and improved understanding of our state, our university, and our people.” He added, “Those who study, teach, and work on this campus, as well as those who visit Delta State from around the country and the world … deserve to know that our welcoming community and commitment to inclusiveness are not encumbered by an outdated symbol in the state flag.”

President LaForge’s appearance at the State Capitol yesterday follows a June 19 joint statement from the eight institutional executive officers respecting the NCAA’s position to ban championship events in Mississippi because of the Confederate symbolism in the state flag.