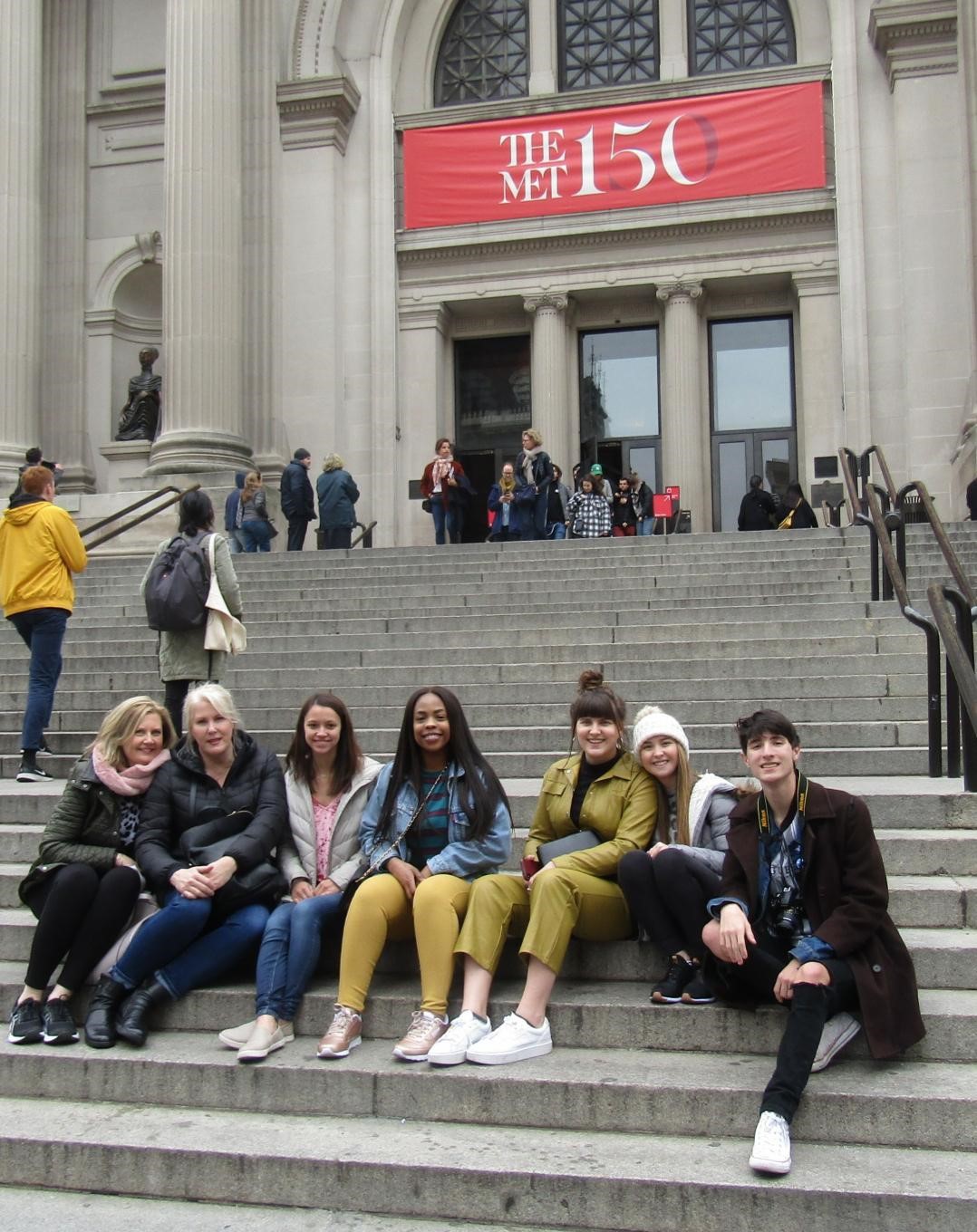 “Little did we know that the seminars and tours we participated in would be these students’ last in-class experiences as undergraduates at DSU,” said trip organizer Lisa Lacy, who began her position as instructor and coordinator of the Fashion Merchandising Program in August 2019.

Raven Holmes, Christa Mazzanti, and Sara Beth Pardue joined Lacy and four community members on a March 9-13 tour organized through Banson NYC, which was founded by Holland Grumieaux, a former senior vice president at Jones Apparel Group and a former vice president at Tommy Hilfiger. The custom tours are for high school and college students as well as students of all ages who are interested in the world of fashion. Grumieaux’s wide array of friendships and contacts translate into well-rounded tours that offer participants a broad spectrum of experiences.

“The trip to New York definitely changed my perspective about the fashion industry,” said Mazzanti. “Not only did we meet influential designers, store owners, and fashion leaders, but we were also able to explore sites of New York City itself.”

Industry visits included a behind-the-scenes tour of Kleinfeld Bridal (of TLC channel’s “Say Yes to the Dress”) and seminars with Brooklyn designer Zero Waste Daniel, designer and Fashion Institute of Technology couture instructor Kenneth K. King, and Runway of Dreams adaptive clothing designer Mindy Scheier. The group also toured the NYC showroom for Paige Denim, shopped at Mood Fabrics, learned from executives at 5W Public Relations, and participated in an interactive styling exercise at the American headquarters for growing men’s fashion brand Suitsupply. In addition, the students visited the Museum at the Fashion Institute of Technology and an extensive couture exhibition at the Metropolitan Museum of Art. 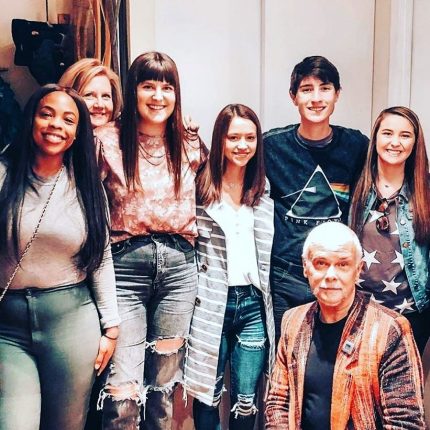 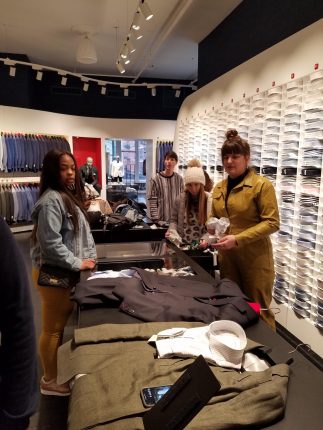 From left: Holmes, Keaton Lacy, Mazzanti, and Pardue participate in a styling exercise at the NYC headquarters of retailer Suitsupply.

Macy’s and Urban Outfitters were also on the shopping excursions. The group further explored less-familiar retailers including Kith, Uniqlo, and AllSaints in SoHo. They later analyzed the unique merchandising strategies. “I enjoyed seeing how the products in these stores were marketed and displayed, as well as the overall aesthetic of each retailer,” said Holmes.

At the end of the week, the DSU seniors participated in a class taught by Grumieax. She shared tools she has used throughout her career, including assortment/budget planning and inventory management. The students acted as swimsuit buyers to put the practices in place.

A moonlight roundtrip on the Staten Island Ferry to view the Statue of Liberty, walks through Times Square and Central Park, a visit to Grand Central Station, and dinners in a variety of restaurants rounded out the NYC experience. “We visited an authentic Indian restaurant on our first night, which led us to decide to try as many ethnic food offerings as we could,” said Lacy. Group members sampled Russian food and Japanese food on their own plus shared a group dinner in Little Italy.

“The tour exceeded my expectations,” said Pardue. “The knowledge and experience that we gained were unlike anything you can get in a traditional classroom setting. We were able to widen our scope of the many opportunities in fashion. It really helped us to grow as students and as future employees.”

Plans to see the Broadway show Mean Girls were canceled due to the onset of the COVID-19 outbreak, and the group returned home safely the next day, said Lacy. “We were so fortunate to be able to get this trip in for our seniors,” she said, “and I hope to arrange more tours for students and community members in the future as we grow our Fashion Merchandising Program.”