Highlights from Winter Intersession in Bangladesh

By staffreportFebruary 3, 2020College of Arts and Sciences, Environmental Science 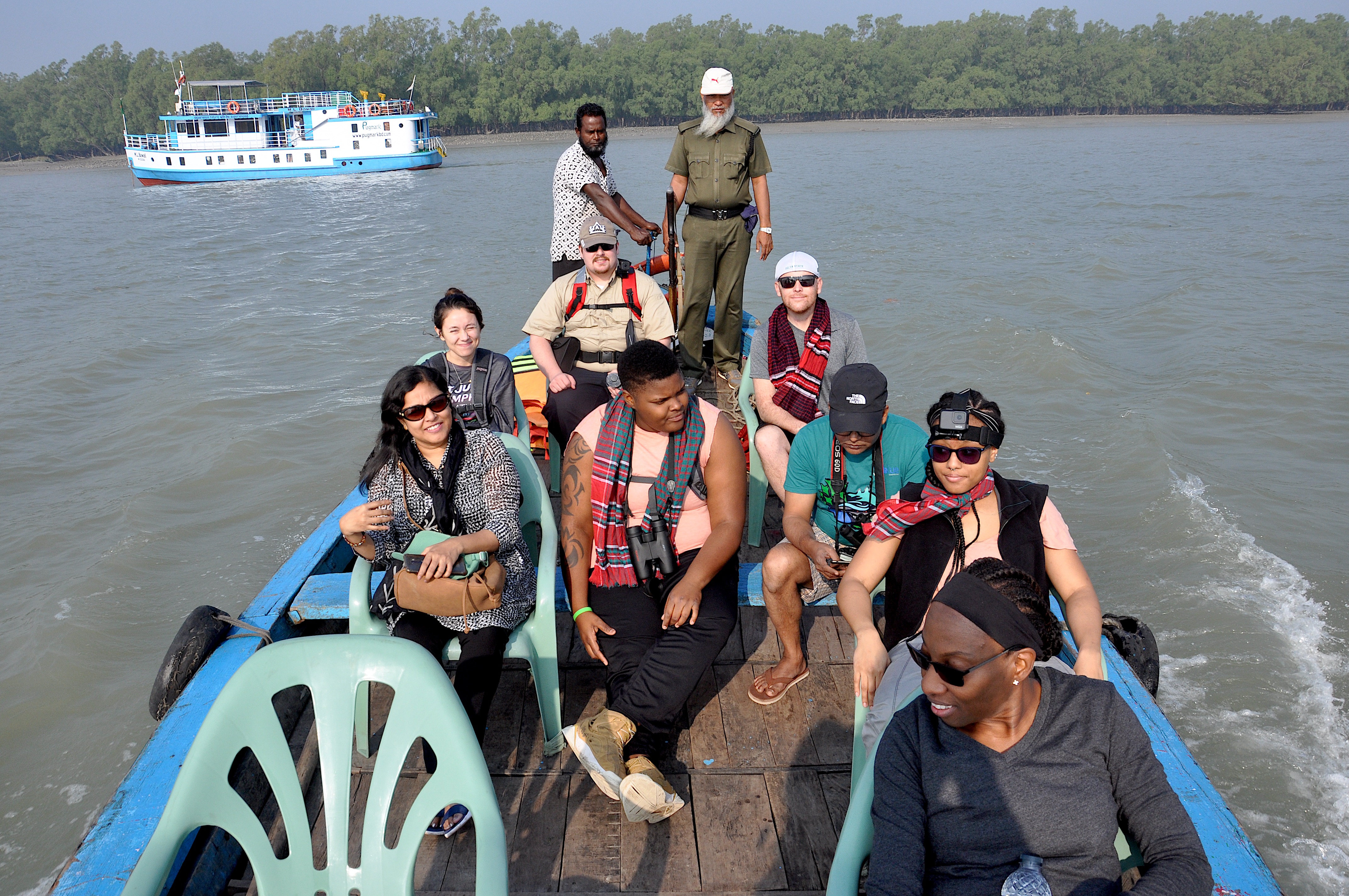 DSU participants used a small country-made boat to explore narrow canals in the Sundarbans forest. The team lived on the bigger boat in the background.

The Delta State Study Abroad Bangladesh team partnered with Jahangirnagar University (JU), a leading public university in Bangladesh, which served as the local host. The DSU team interacted with local students, faculty members and administrators. The team also conducted social science and biology class projects. Additionally, the team conducted an interactive session on how to approach higher study in the U.S. and at Delta State. More 100 local students, researchers, and junior faculty members participated. The DSU team further visited with the JU Vice Chancellor (equivalent to the president at DSU), Professor Farzana Islam, spending more than an hour at her residence. 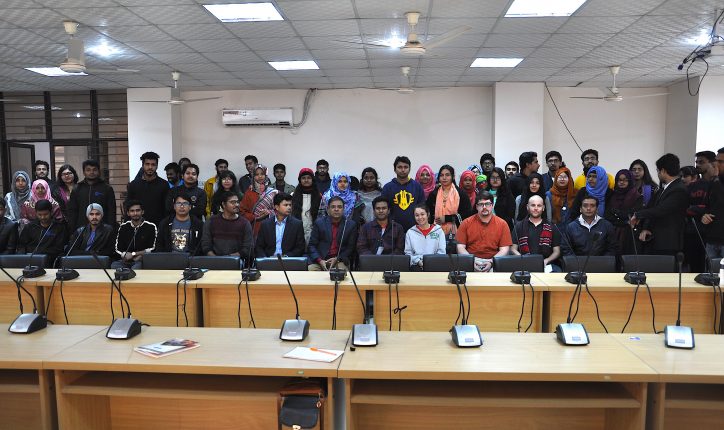 The team arranged an interactive session for local students to learn about U.S. universities and about Delta State 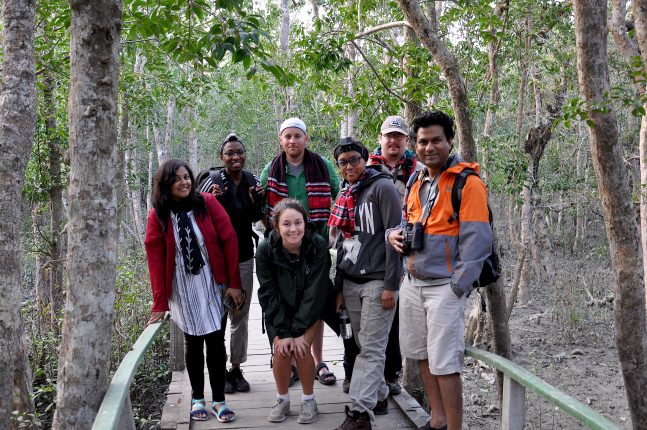 The team explored the largest mangrove forest in the world, the Sundarbans Mangrove Forest.

Toward the end of the program, the DSU team spent a few nights in the northeastern evergreen forest of Bangladesh, the Lawachara National Park, famous for its unique biodiversity. Visitors can observe six wild primate species in a day over and above many other wild animals and plants. The national park is surrounded by tea gardens. The team saw the tea plantation in Bangladesh and the life associated with tea gardens. Bangladesh is one of the leading tea-producing countries in the world. 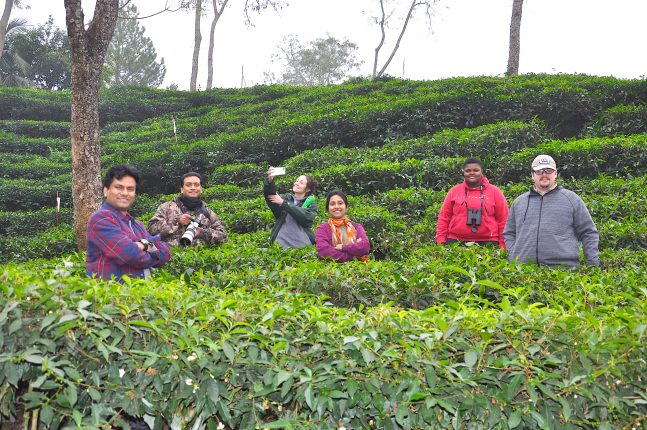 The team spent time in a tea garden and learned about the life of the tea gardeners.