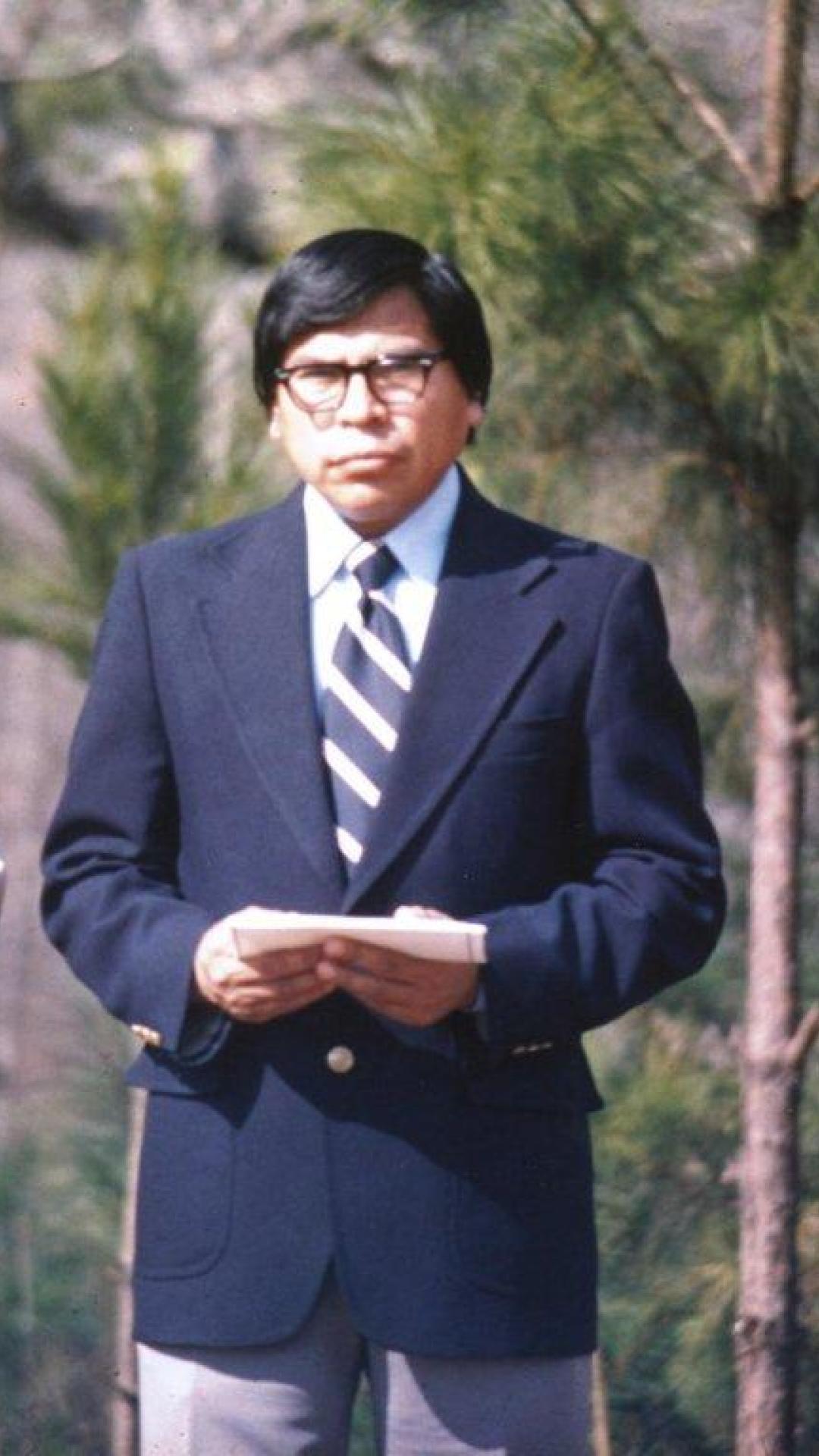 Delta State University alumnus Calvin J. Isaac ’58, the first democratically-elected Tribal chief of the Mississippi Band of Choctaw Indians, died on Jan. 11, 2020, following a lengthy illness. He was 86 and had battled diabetes for many years.

Edited excerpts of a Jan. 15 obituary in The Neshoba Democrat appear below. To read the unedited version, click here. For another tribute, click here.

Isaac became chief in 1975 after the Tribe had changed its Constitution and began electing its leadership. He served one term as Tribal chief. During his term, he testified before Congress concerning the Indian Child Welfare Bill. Years later, Isaac was elected to serve on the Tribal Council. He represented the Pearl River Community.

Along with his duties in Tribal government, he was an educator in the Tribal schools where he served as teacher, assistant principal, and principal. He also was pastor of the Canaan Baptist Church.

Tribal Chief Cyrus Ben ordered the lowering of all Tribal flags throughout Choctaw Tribal lands out of respect for the family and to honor his memory.

“TaRita and I, along with all Tribal members, join the grieving family over the loss of our first Tribal chief. He will be greatly missed,” said Chief Ben. “I had the great opportunity of knowing Chief Isaac my entire life. He was always a teacher, and I value his words of wisdom. We send our prayers to the entire Isaac family, as we honor the life and legacy of Chief Calvin Isaac.”

“Every time the Choctaws succeeded, it brought joy to his heart,” said Isaac’s nephew, Brant Isaac Jr., who spoke for the family. “No one was a stranger to him. His family was very important to him and he loved to spend time with family members. He enjoyed church activities and church functions,” he said.

“He was a good person to talk to gain insight,” Isaac continued. “He was there for religious assistance, educational matters and motivation.”

Tribal members shared their stories about Isaac on the Tribe’s Facebook page.

Eileen George said he was a “great pillar” of the community and that “words cannot express how much progress he made for Choctaw people.”

“He was an honorable Chief and friend,” LaGatha Kay wrote. “He was a person with great integrity and honor. God bless his family and friends and bring comfort during their loss.”